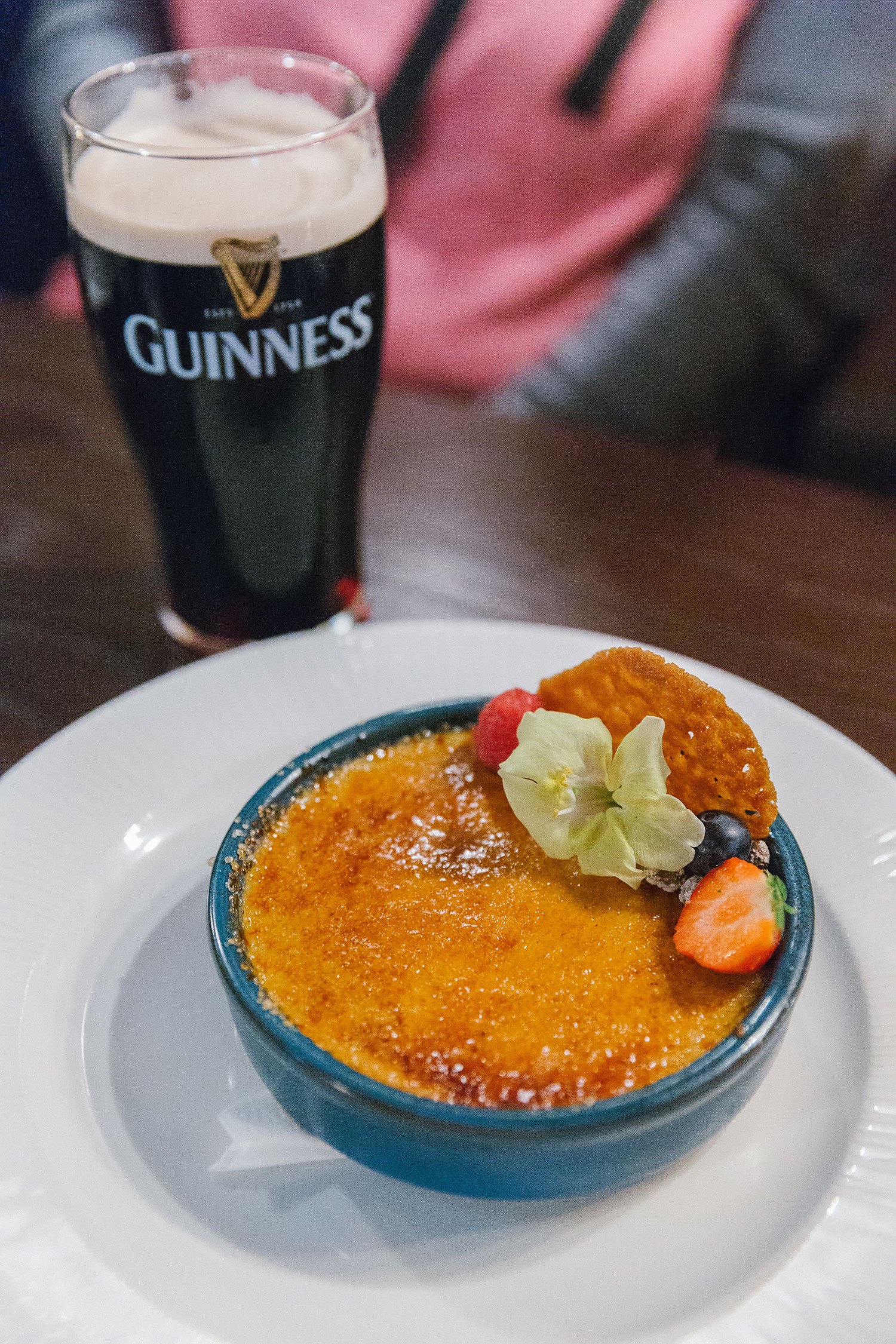 We visited many pubs throughout our trip to Ireland but The Reg in County Waterford stands out as one of the best!

The restaurant has live music throughout the week, a club on certain nights and traditional Irish food every day. If you’re looking for a quintessential Irish tavern, you have to stop here!

The Reg tavern sits right behind Reginald’s Tower, a historic tower in Waterford on the eastern end of the city quay.

The tower was used for different purposes over the centuries and is one of the few remaining buildings left from the city’s medieval defense system. It’s the only urban monument in Ireland that retains a Norse / Viking name.

Inside The Reg you can actually see part of Waterford’s original medieval wall (it’s 900 years old!). It’s since been transformed into a long bar with seating alcoves under the stone archways.

We had a quick wander about The Reg and it’s a much bigger Irish tavern from the inside than it appears on the outside. If I remember correctly, the owner slowly bought 5 adjoining buildings and combined them, so it’s fun to wander the many rooms and see the different bars and spaces.

We had lunch in the Strongbow Room, which has a giant painting depicting the marriage between Richard Strongbow and Aoife.

As we learned throughout our tour of Waterford City, this marriage between the English Normans and the Irish marked a turning point in Anglo Irish relations for the next 800 years.

Who knew lunch would also lead to a mini history lesson? Lunch at The Reg is a must. It’s more than just a regular Waterford bar, the place is also an excellent restaurant!

The first thing we wanted to try was Blaa bread, a bread brought to the area by French Huguenots when they landed in Ireland in the 17th century. It’s a soft, doughy white roll and its chewy texture is quite delicious if liberally slathered with butter! But after trying it, I have to say I prefer Irish brown bread.

Blaa bread is actually “protected” by the European Union in that only bread made in Waterford can be called “Blaa bread” – kind of like how sparkling wine can only be called Champagne if produced in France’s Champagne region.

Trying Blaa bread was nice but saying Blaa Blaa Blaa constantly was the highlight of the day.

We ordered some platters of oysters to share and they were all gone in minutes.

I had the braised lamb shank for my main, over a bed of seasonal vegetables and mashed potatoes. It’s slow cooked to perfection and the meat fell off the bone. You can’t leave Ireland without trying local lamb at least once and the Reg is the place to have it!

We washed everything down with thick glasses of Guinness. Did you know the Irish word for cheers is “slainte”? It means “to good health” in Gaelic and is pronounced slan-che.

Read more:   A Guide to Eating in Ireland We tried the creme brulee and it was incredible. I’m usually not a fan of custards but this one is a must order!

The Reg adds a twist to the classic dessert by adding in a shot of Muldoons, a coffee whiskey liquer. The creme brulee is topped with seasonal berries and candied espresso beans. For coffee lovers, this is heaven!

We also had a couple shots of Muldoons and I really liked the sweet twist!

The other desserts we tried were the chocolate cannonball, which they pour hot chocolate fudge over so that it melts right before your eyes, and the fudge chocolate cake. Both were good but the Irish coffee creme brulee was hands down my favorite.