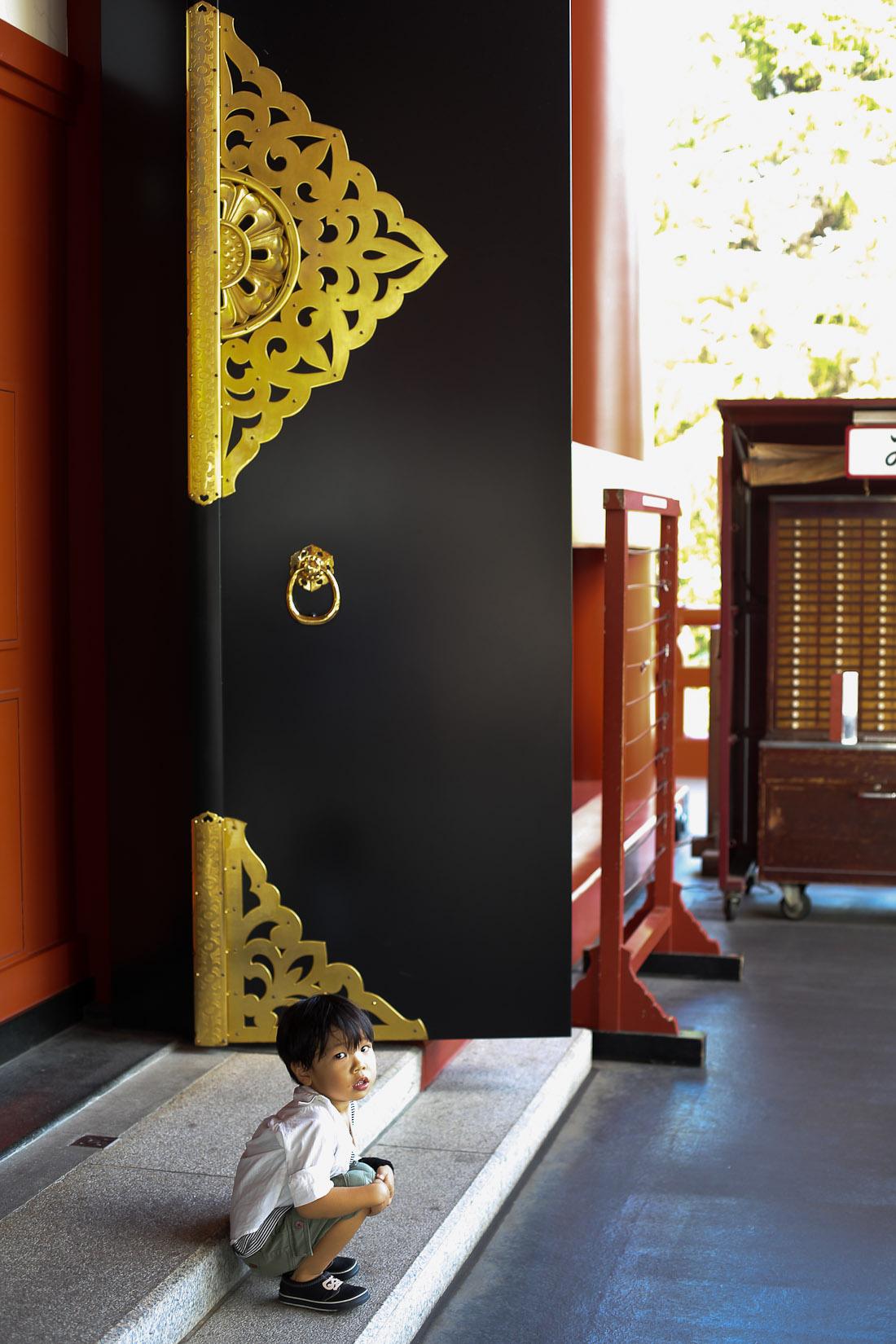 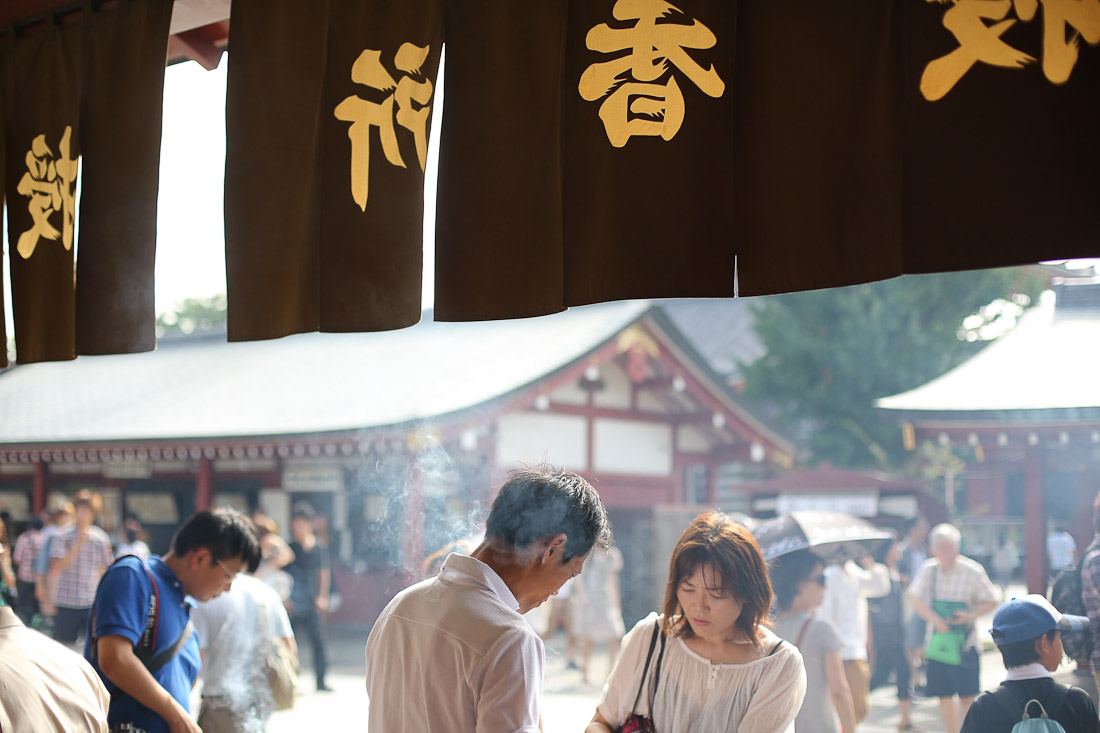 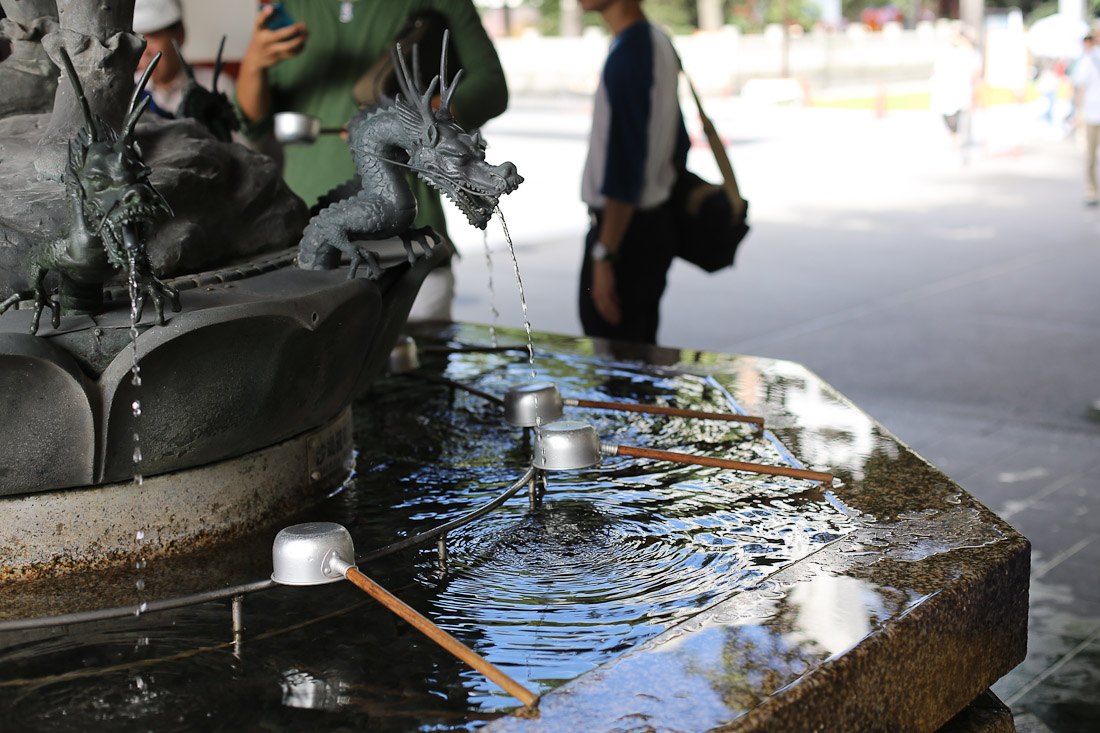 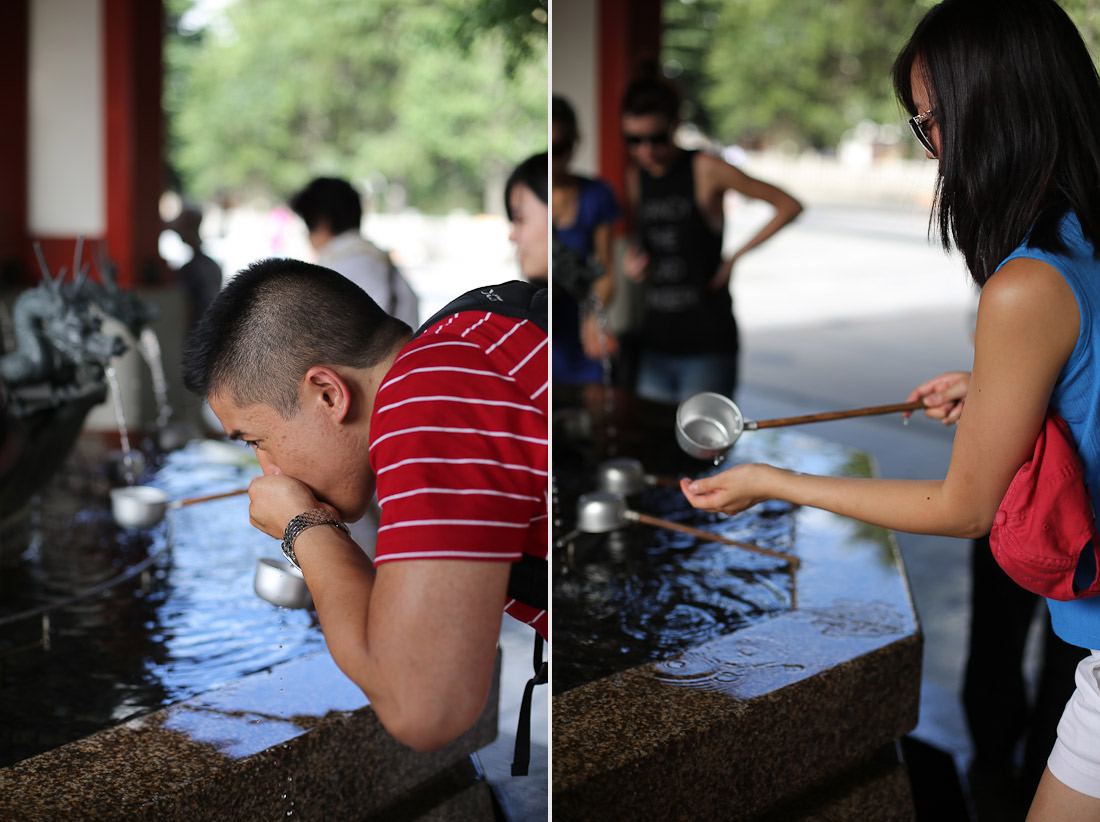 In Tokyo’s Asakusa district, you’ll find one of the city’s oldest and most significant temples, Sensō-ji. This Buddhist temple was previously associated with the Tendai Buddhist sect before becoming independent after World War II.

Sensō-ji is dedicated to the bodhisattva Kannon. Popular legend holds that the temple was formed after two fisherman found a statue of Kannon in the Sumida River in 628. The chief of the fisherman’s village recognized the sanctity of the statue and remodeled his house into a small temple to enshrine it. The villagers began to worship Kannon when the first temple was founded in 645 C.E. During the early years of the Tokugawa shogunate, Tokugawa leyasu designated Sensō-ji as tutelary temple of the Tokugawa clan.

In World War II, the temple was bombed and destroyed but later rebuilt to symbolize the rebirth and peace of the Japanese people. While wandering the temple grounds, you can still see one of the trees which was hit by a bomb during the air raids- a new tree regrew from the husk of the old, reinforcing the rebirth of Sensō-ji temple.

This was my first visit to a Japanese temple and I took the opportunity to purchase  a temple and shrine seal book, or 朱印帳 (shuinchou) in Japanese. Each shrine or temple in Japan has a unique seal, which you can pay a small fee for the monk to imprint into the seal book. For the Japanese, these mark a way to document their religious pilgrimages and many take the books with them into their grave.

If you’re planning to visit many of Kyoto’s temples, or take an overnight visit to Mt. Koya, the seal books make for a fun and unique souvenir to document your trip!

Want to know what else to do in Tokyo? Check out my full Japan series:

That Time I Got Naked with Strangers… My Japanese Bathhouse Experience

Tsukiji Fish Market Pt 1 Is the Tuna Auction Worth Visiting?

How to Travel Japan Shinkansen & the Japan Rail Pass

A Visit to Fushimi Inari Shrine in Kyoto (Memoirs of a Geisha!)

What Does It Mean to Donate a Torii Gate

Sanjusangendo Temple and the 1,000 Statues of Kannon

Is Japan Vegetarian Friendly? Here’s What You Can Expect & Eat More Greens

How Good is Japanese Tonkatsu