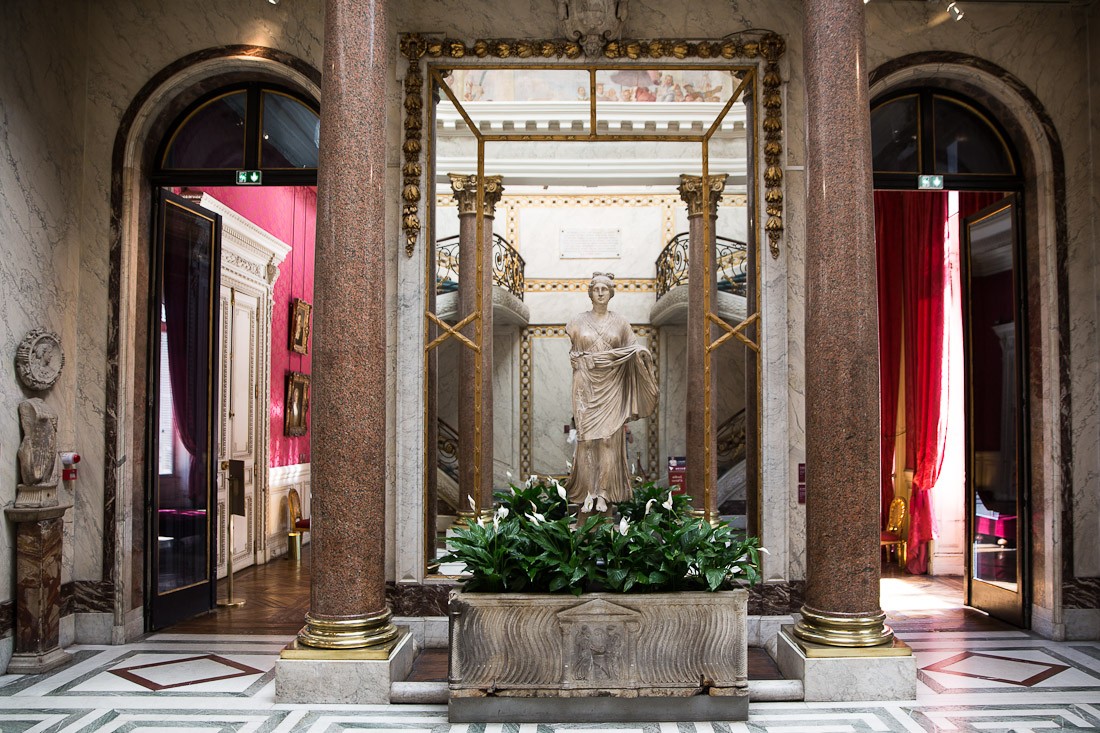 I had a really fun time exploring the mansion that is the Jacquemart Andre museum. Check out the floor to ceiling mirrors and all that marble!

I stumbled on the idea to visit the Jacquemart Andre museum by chance, having never heard of the place before this latest trip to Paris. Once I saw the pictures on the website, I knew I had to squeeze it in my trip itinerary. 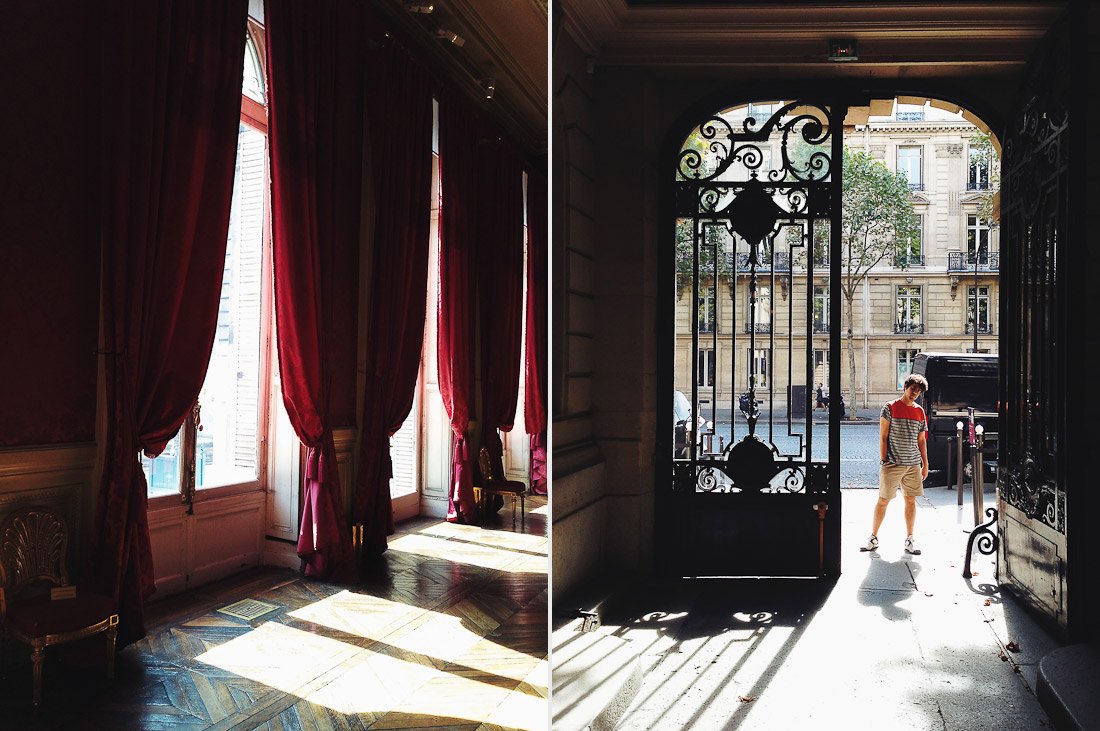 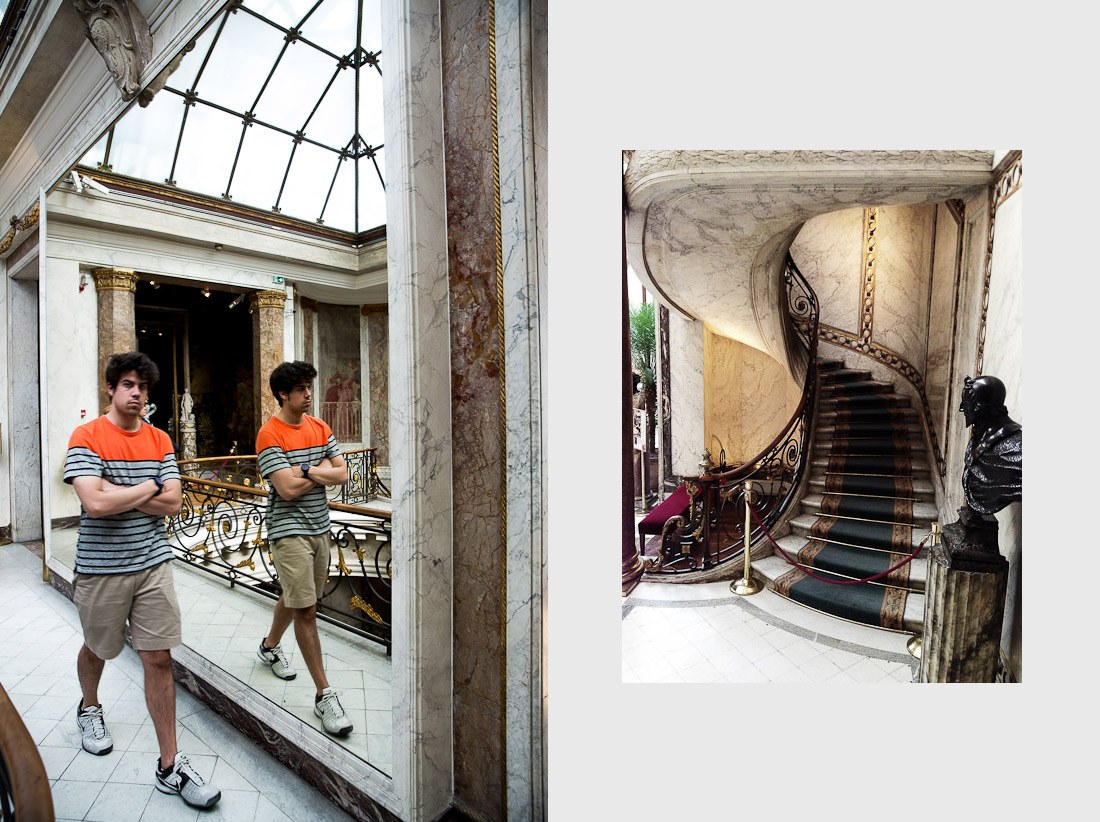 The mansion dates back to the time of Napoleon III, when the Emperor drew up a vast urban development plan and entrusted Baron Haussmann to carry out a massive renovation of Paris, which called for building new boulevards, parks and public works.

It’s mostly due to Haussmann that Paris looks as it does today. By the 1850s, the population of Paris had doubled for the start of the century and Napoleon III decided to redraw the city and improve its sanitation, water supply and traffic circulation.

The Emperor installed an enormous map of Paris in his office, marked with colored lines redrawing various streets and boulevards and met each day with Haussmann to discuss the project. I don’t think all the people kicked out of their homes appreciated it at the time.. but today it’s the reason why Paris has such grand, spacious boulevards! 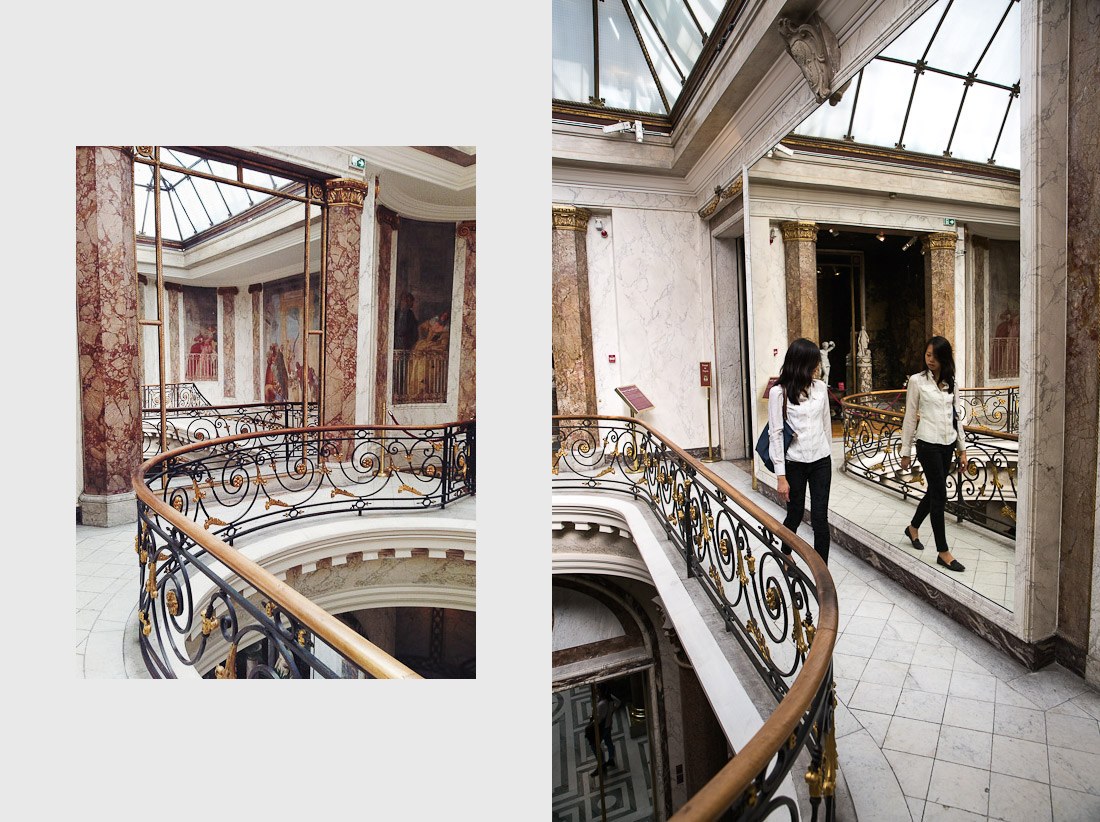 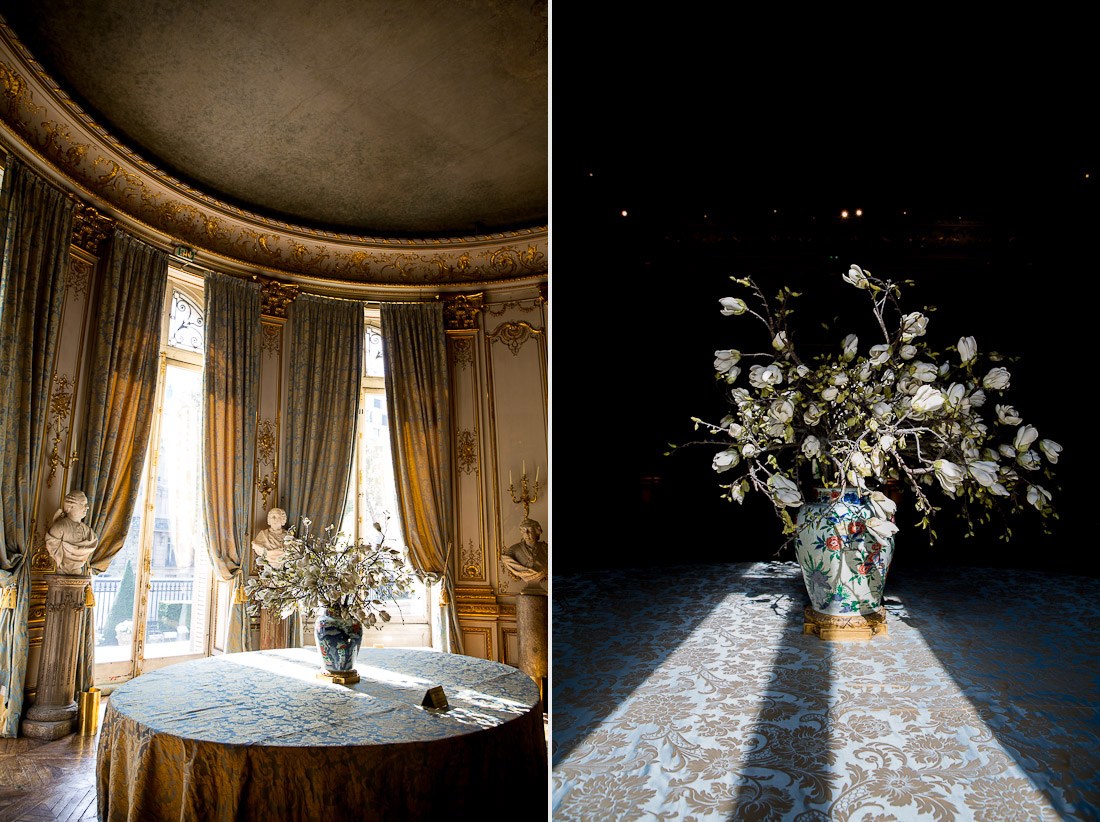 For nearly two decades, Paris was one big construction site. Eugene Belgrand built a new aqueduct bringing in clean water from the Vanne River down in Champagne, rebuilt the Paris sewers and installed gas streetlights in the city. Haussmann tore down hundreds of old, crowded congested buildings and streets to build 80 km of new avenues and connect the central points of the city.

Buildings along these grand boulevards were required to be the same height and all in a similar style , creating Paris’ signature, beautiful look of cream colored stone. During this time, the Gare de Lyon and Gare du Nord train stations were built (we came to Paris via the train station at Lyon) and Charles Garnier designed the signature landmark the Paris Opera. 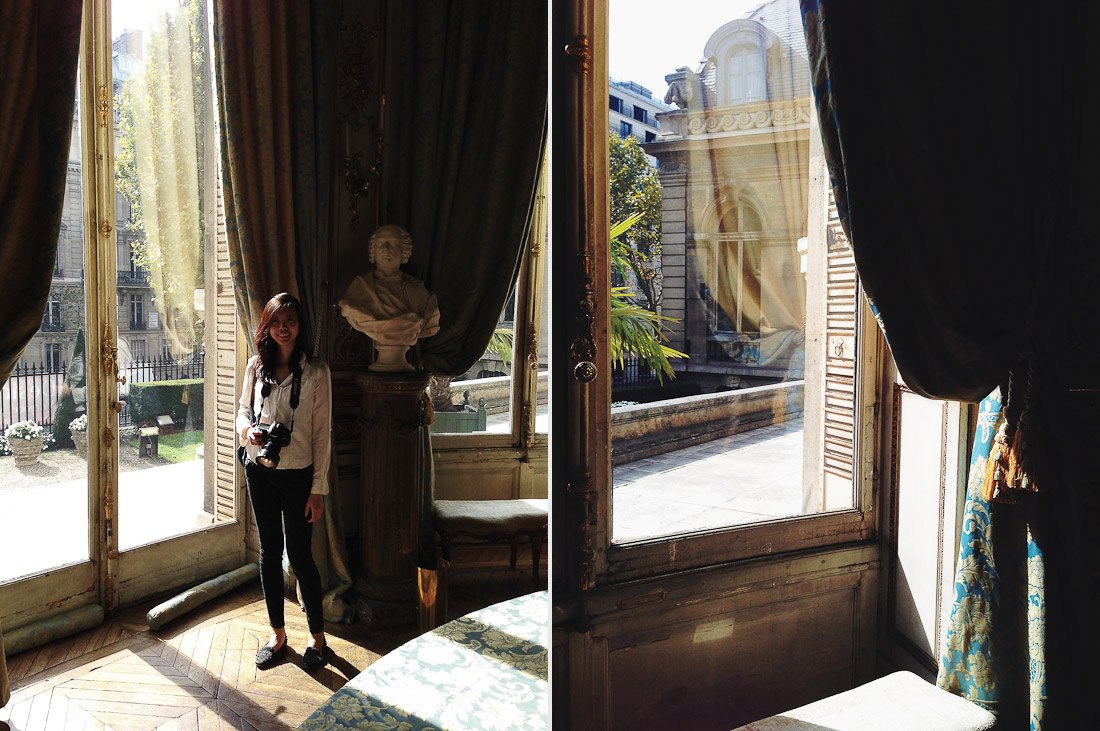 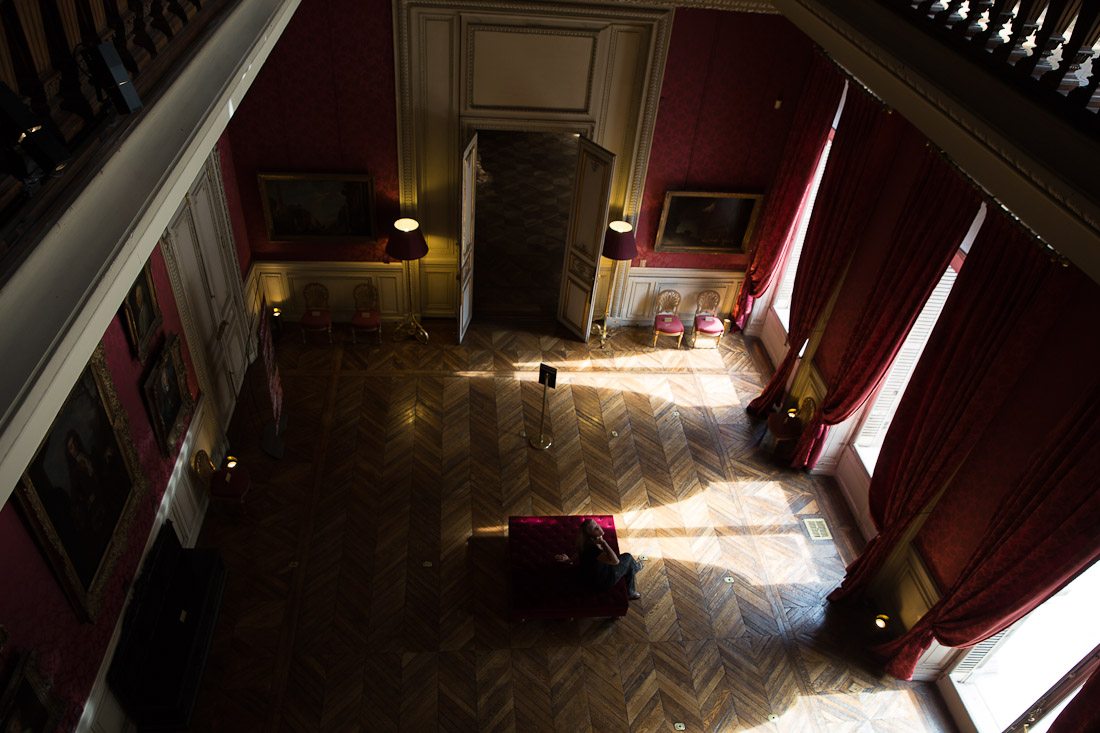 Meanwhile, the Bois du Boulogne and Bois de Vincennes parks were created on the sides of the city framing Paris. Smaller, older parks like the Jardin du Luxembourg were refurbished and replanted. Napoleon intended to have one park in each of Paris’ eighty neighborhoods so that no one was more than a 10 minute walk. The reconstruction of Paris’ city center is the largest public works project ever undertaken in Europe and something that I find remarkable.

To completely rebuild an intact city requires enormous planning and delicacy and I loved learning about Napoleon III, Haussmann and les Grands Boulevards during my Art History class in Paris as a study abroad student. 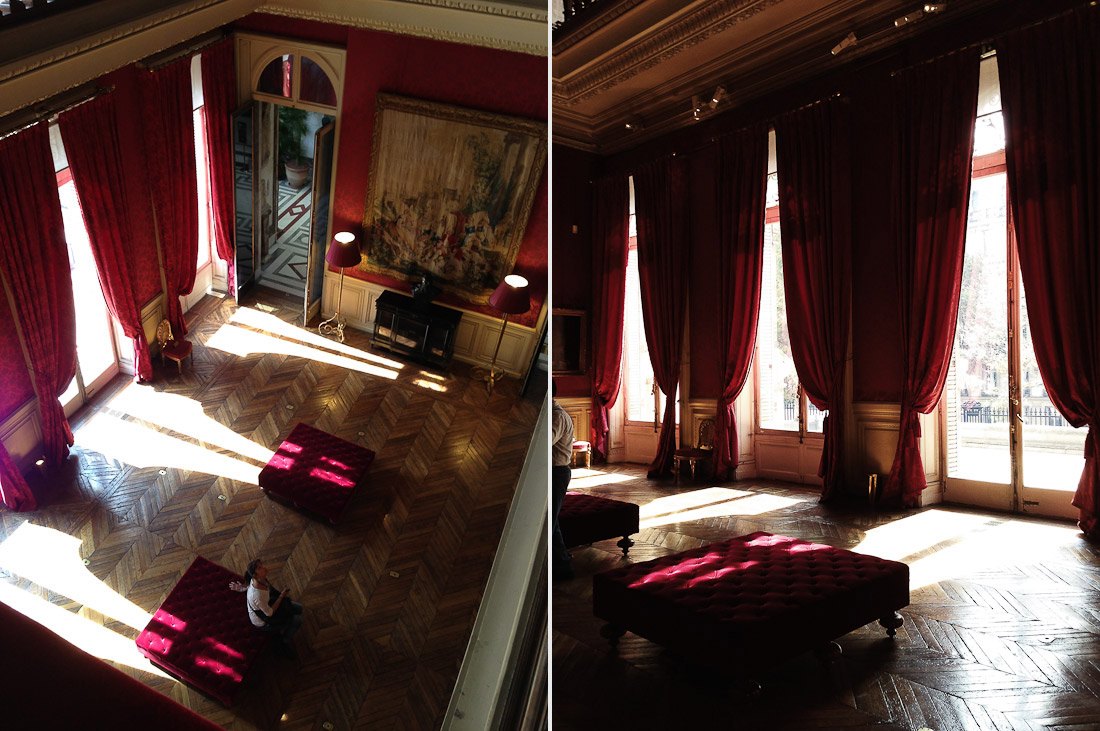 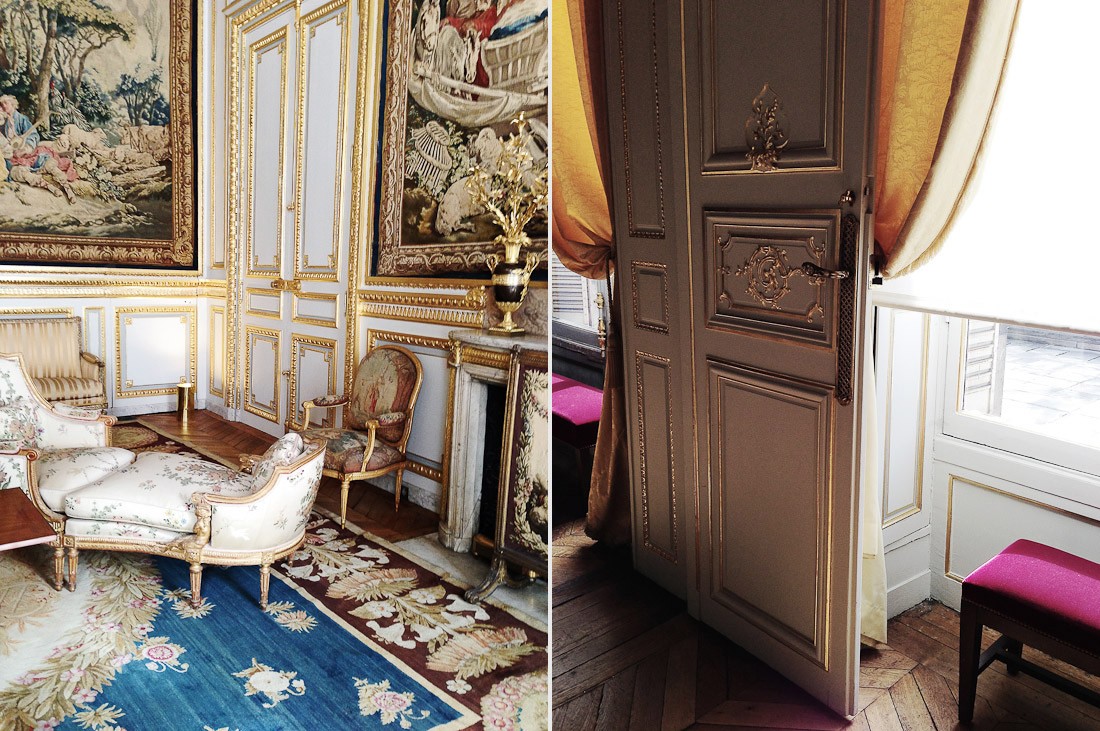 All of that history is to say that the Boulevard Haussmann is a very prominent street and one of the most famous in Paris. The mansion itself owned by a member of the Imperial aristocracy, Édouard André and his wife Nélie Jacquemart, who bought a plot on the newly designed Boulevard and commissioned architect Henri Parent to build the beautifully symmetric building.

Parent, who had been passed over for the construction of the Garnier Opera in favor of his colleague Charles Garnier, set out to build a masterpiece of design and completed the project in just 6 years. Lucky for him, the opening of the residence in 1875 was the subject of an article in L’Illustration at the time and visitors heaped praise on the monument as they did on the Opera foyer. 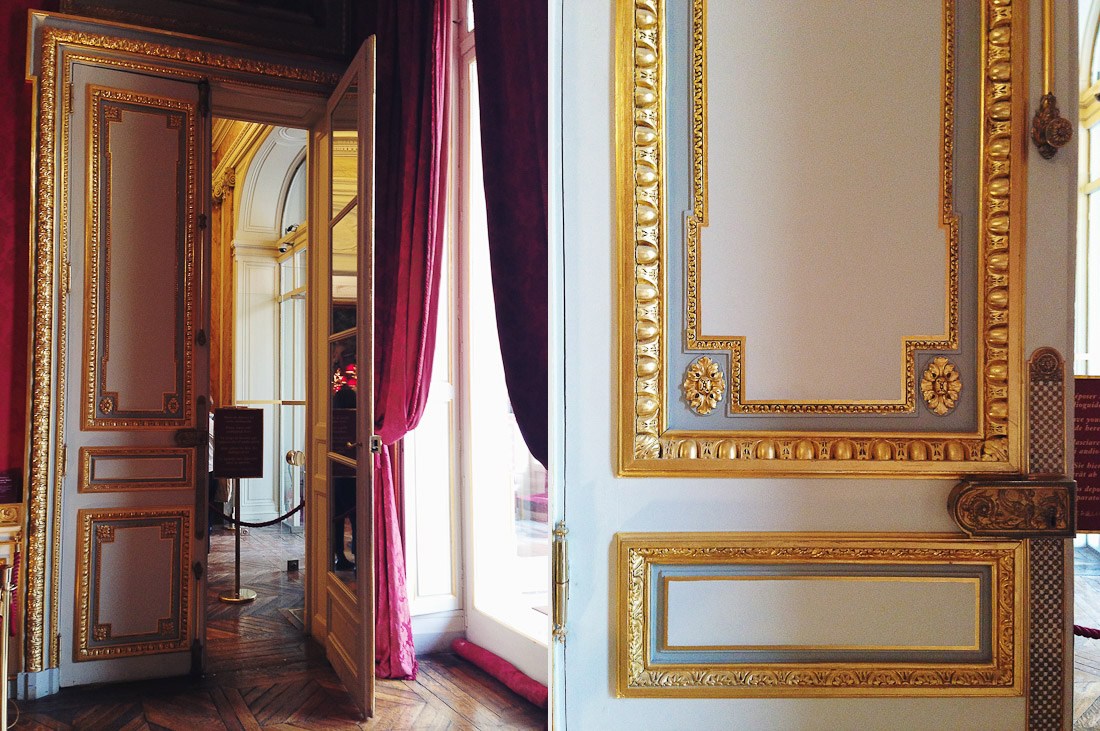 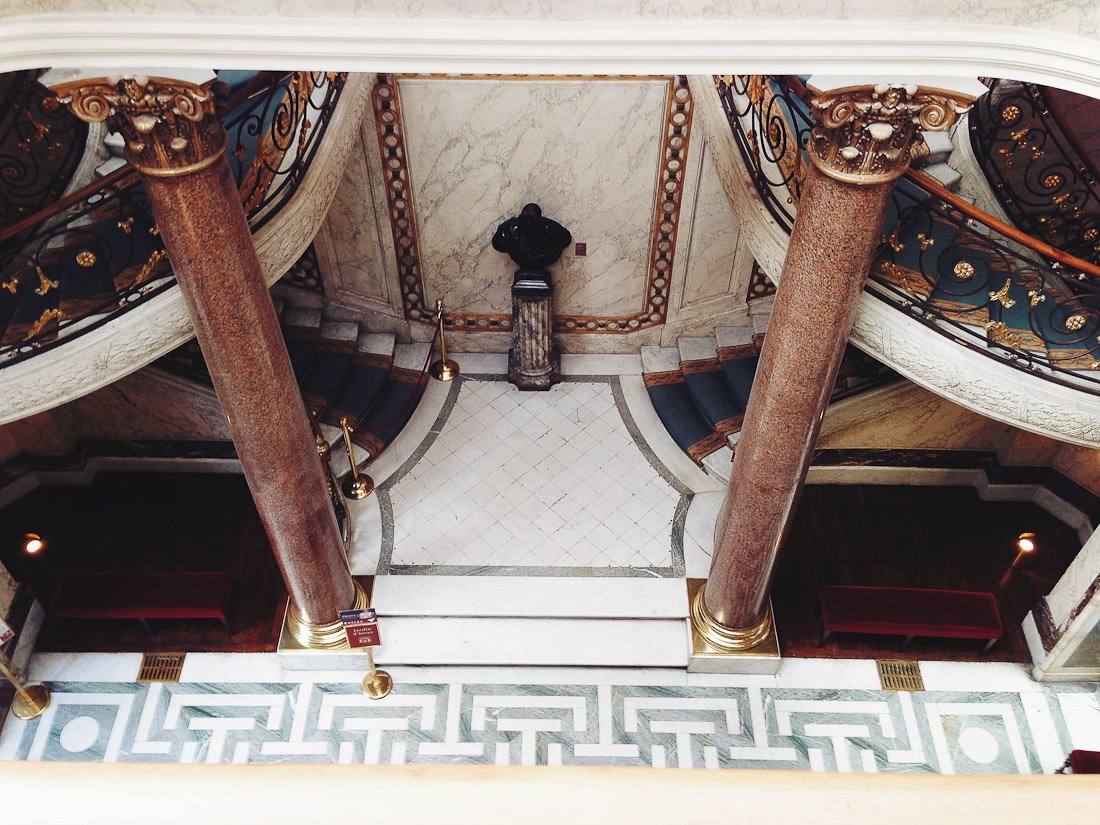 Édouard André was the scion of a Protestant banking family who devoted his considerable fortune to buying works of art. He was a well-known art lover and collector, that Napoleon III asked him to organize the fine arts section of the Universal Exhibition of 1867.

André met his future wife when he decided to sit for a portrait and called on a renowned young society artist and portraitist, Nélie Jacquemart in 1872. They married nine years later and she moved in to his mansion on Boulevard Haussmann. 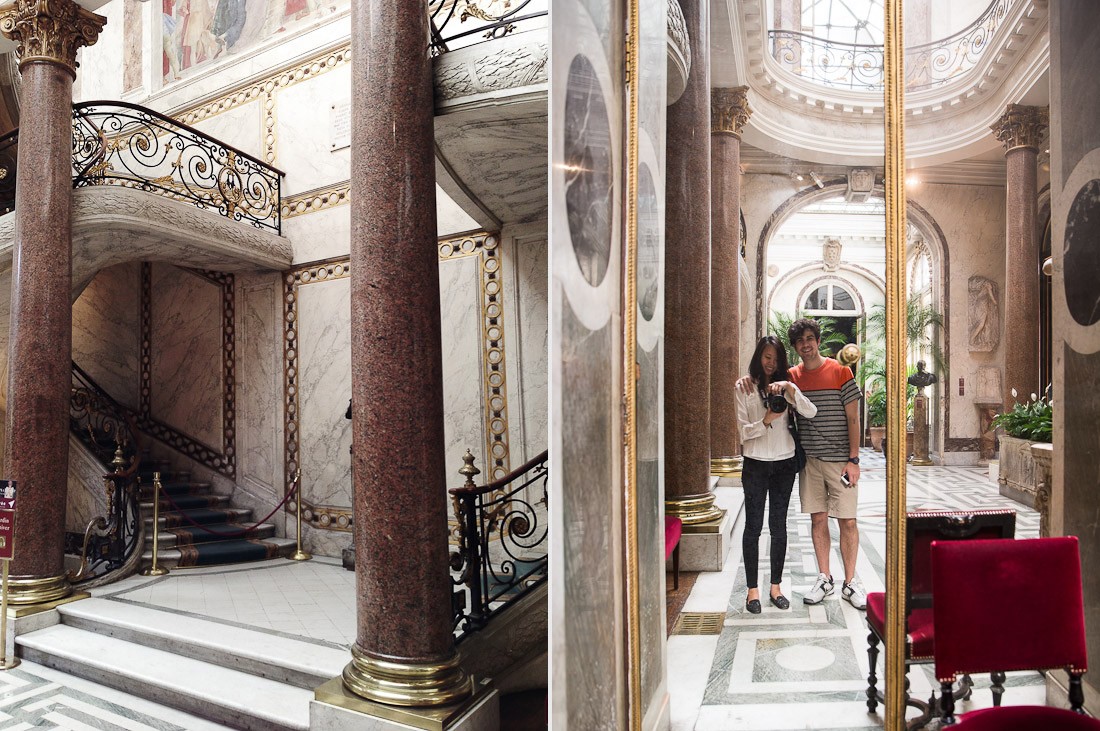 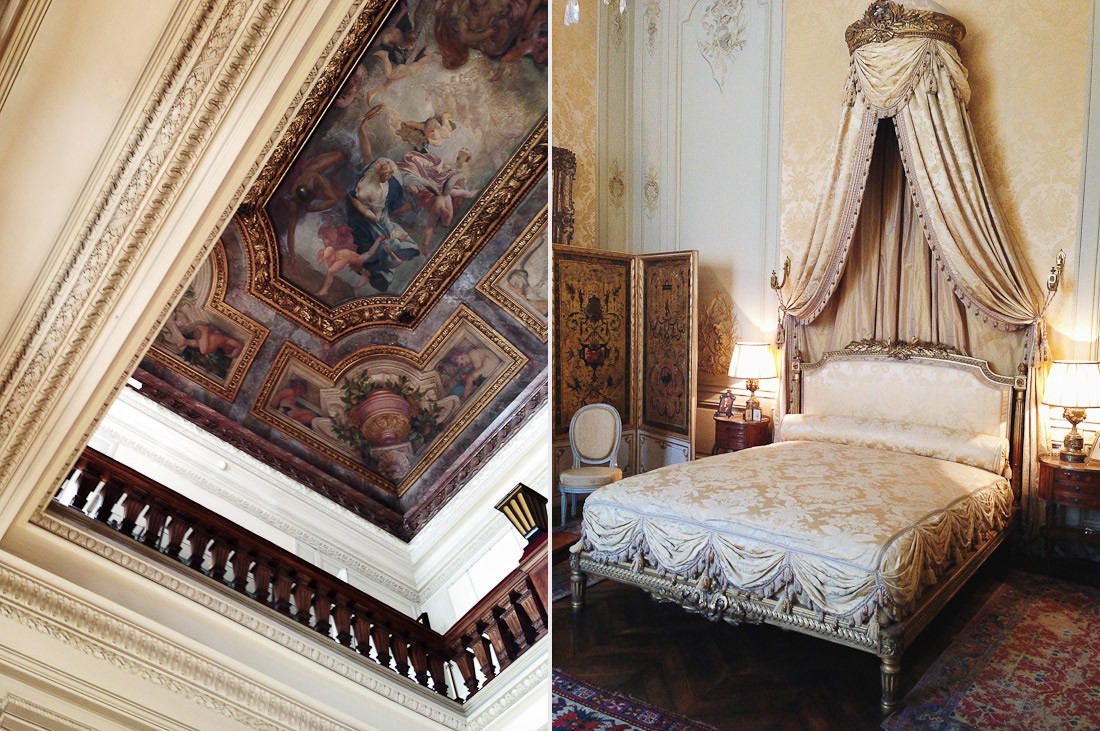 A Love of Art & Travel

While it sounds romantic, in actuality theirs was a marriage of convenience. He was a Bonapartist Protestant, she a Catholic living in royalist circles. But the marriage proved to be crucial to the creation of the museum, as Nélie Jacquemart fully supported André in his passion for collecting art.

Childless, they dedicated themselves completely to their work of creating a masterpiece art collection and redesigning the mansion to showcase their pieces. The couple purchased many pieces in their numerous travels across Europe and very frequently Italy.

Insatiable travelers, they went on numerous journeys to the Middle East to Ciaro, Luxor, Bieurt, Constantinople and Athens and even planned to a tour to the North Pole! 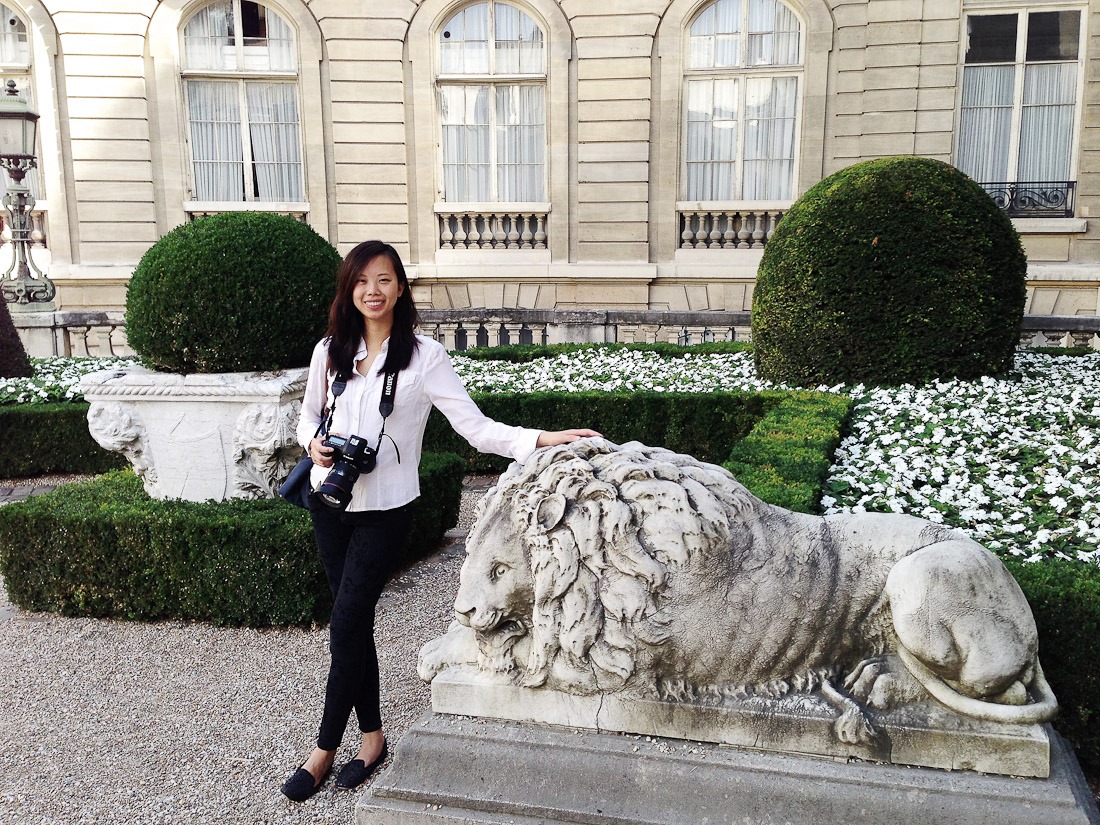 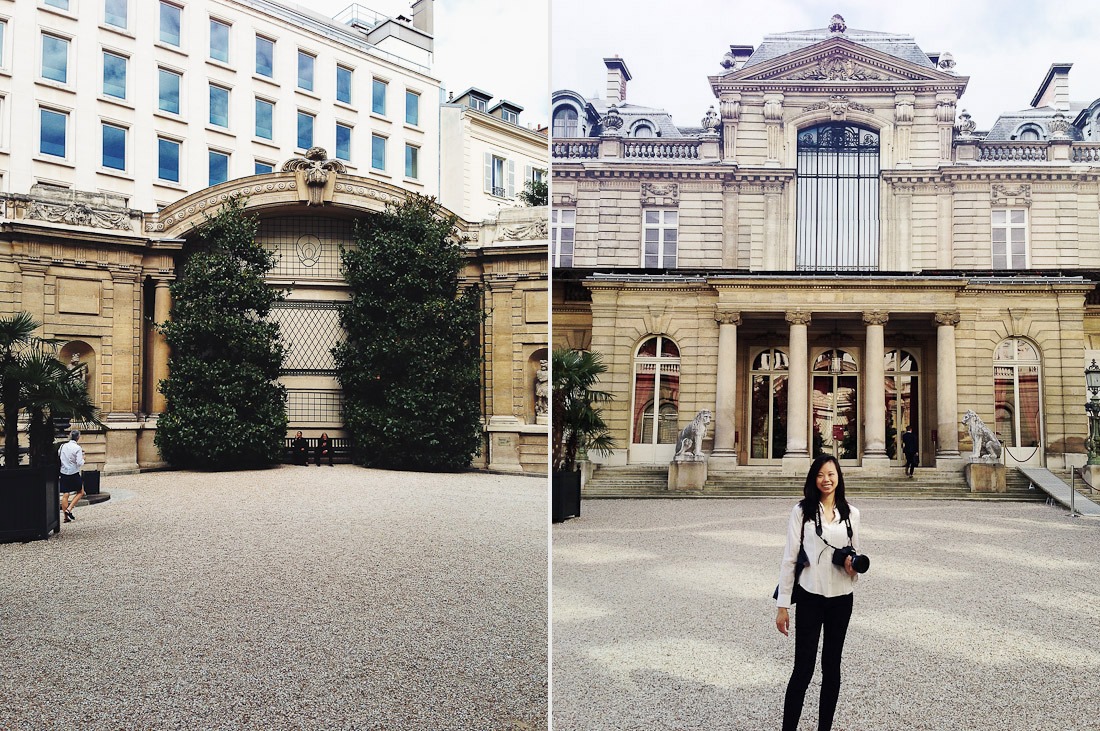 More Art Than the Louvre

The art loving couple spent between 223,000 – 514,000 francs a year on their collection and frequently consulted with museum curators Louis Courajod and Eugène Müntz from the Louvre.

At that time, the Louvre had a small budget of 200,000 francs a year (in comparison). If you visit, check out the Italian museum within the mansion for a peek into the couple’s extensive collection of 14th and 15th century Italian paintings, most of which are Florentine works.

My favorite is the grand salon (below) which has a semi circular design and is decorated with gold paneling in the 18th century design. 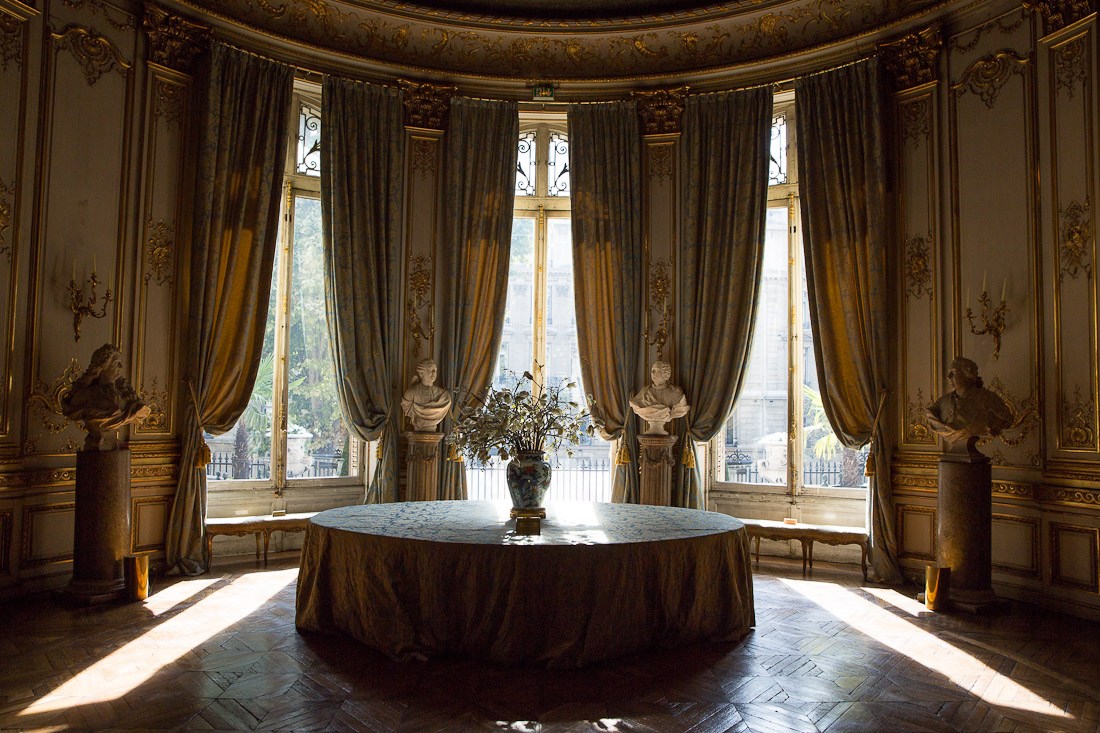 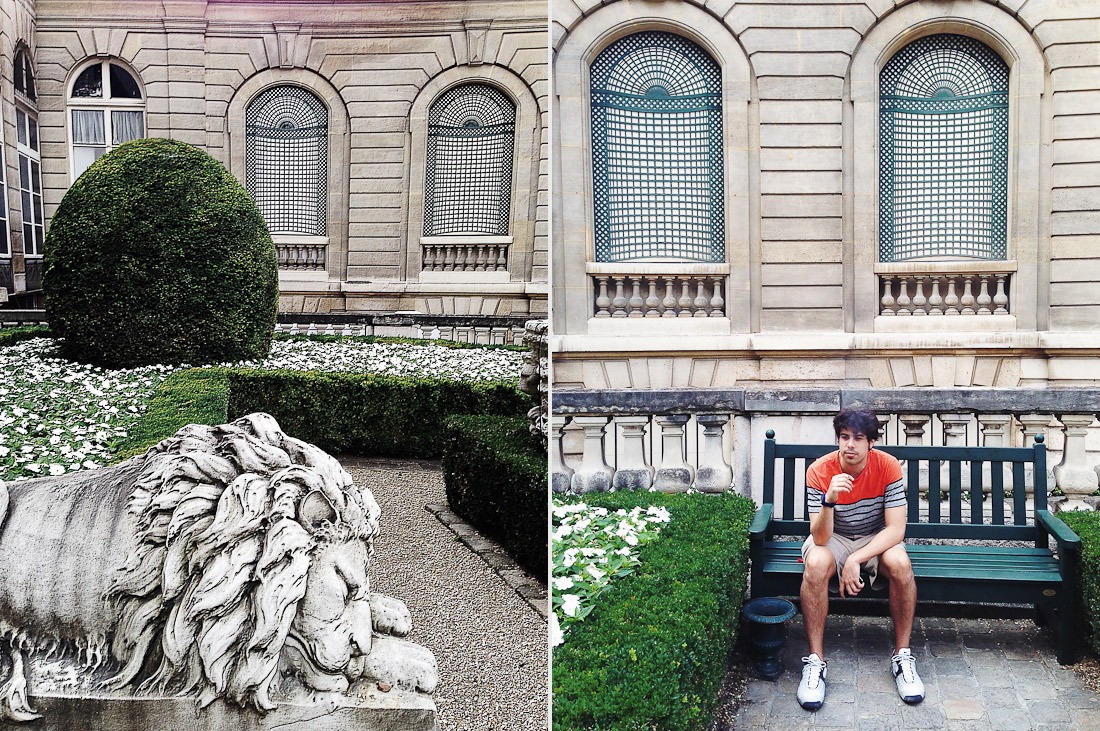 Enough of the history lesson, I hope you enjoy the photos!

We took a red eye to Paris from JFK. You can find cheap Paris flights from low cost carriers almost all year round – check for flight deals here.

Paris has some of the best museums in the world. I spent an entire summer living in the city, visiting different churches, museums and historic homes and still couldn't get enough. If you plan to sightsee, look into a Paris Pass – it's a great value! The pass can be purchased for multiple days and allows you to skip the line at 60+ attractions. See the full list of included sights and attractions here.

Lastly, be sure to visit Paris with travel insurance. Whether you get injured and need to be hospitalized, or your phone gets stolen, or an injury forces you to cancel all or part of your vacation, travel insurance will help when you need it most. Get a quote for your trip here.

Where to Stay in Paris

Cozy Airbnbs with a View of the Eiffel Tower