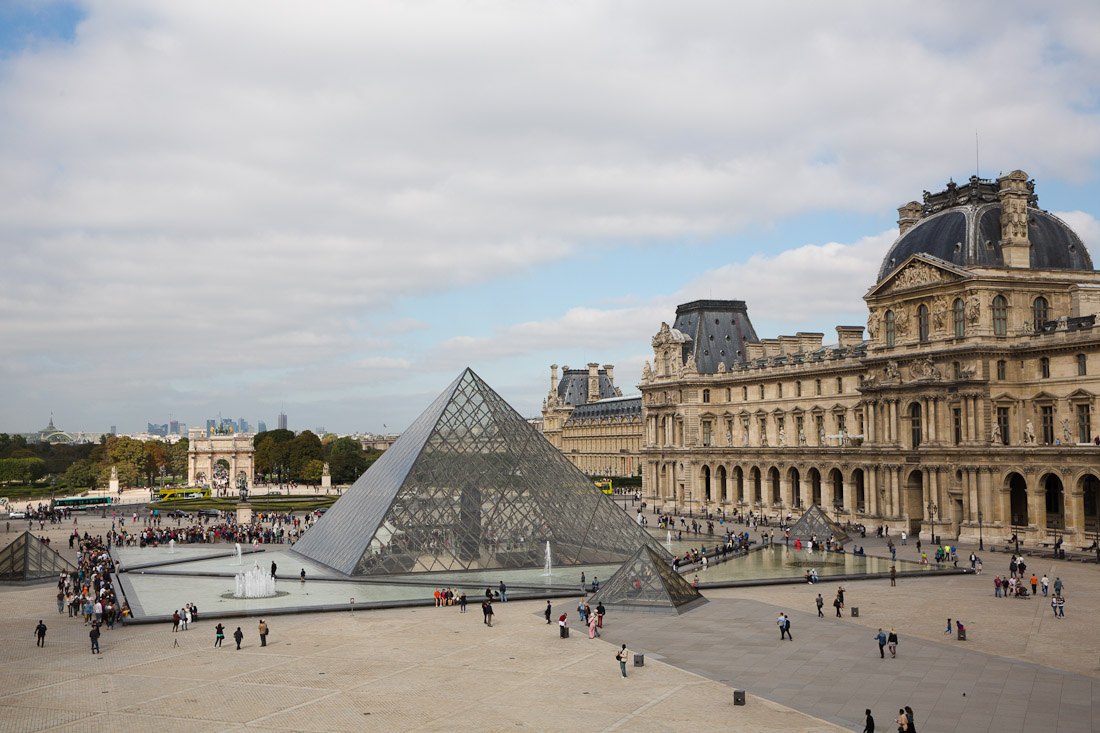 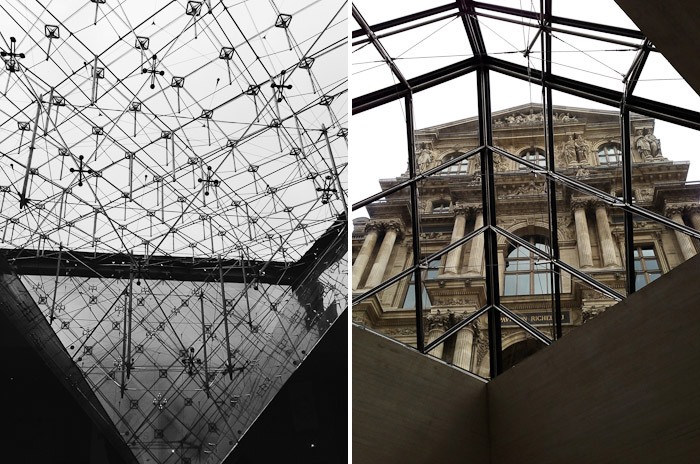 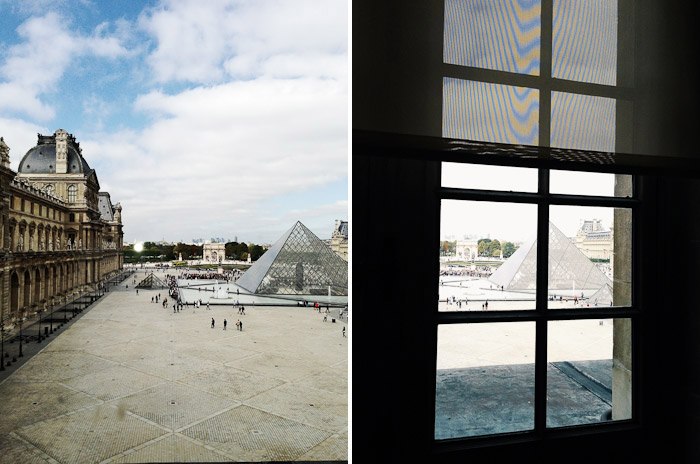 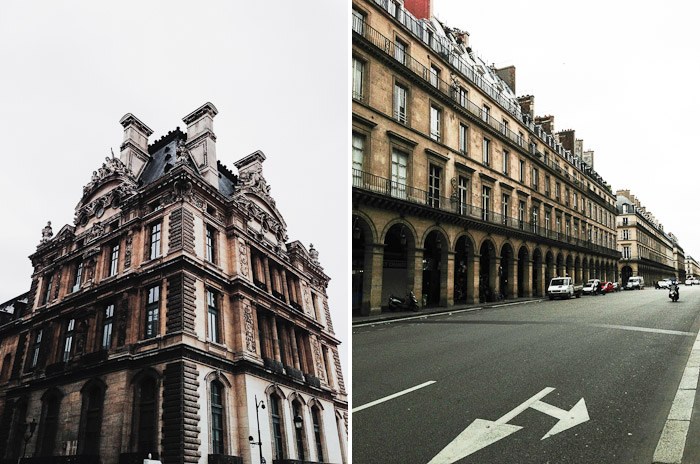 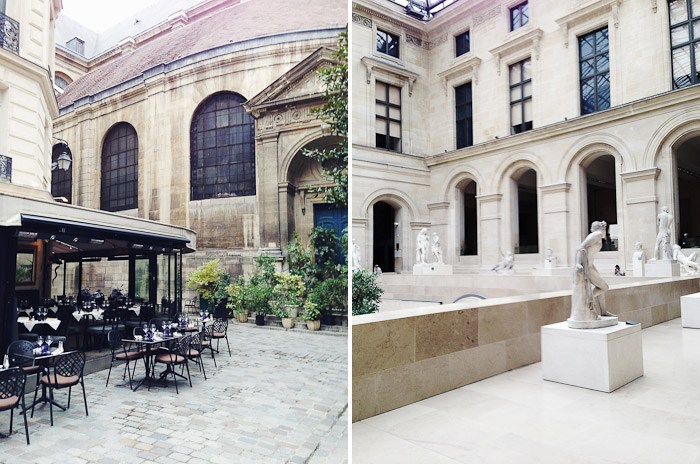 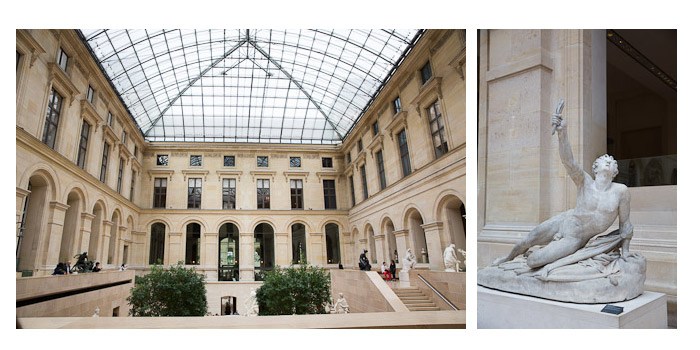 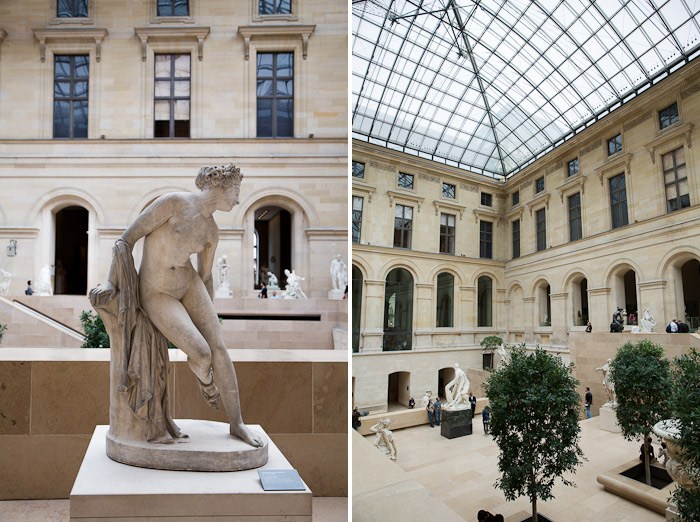 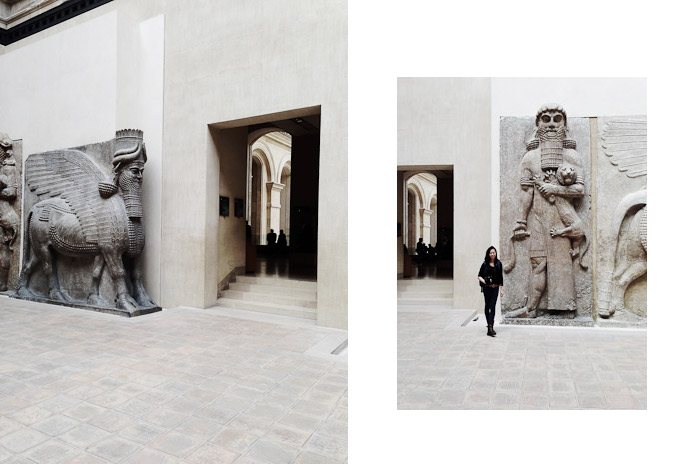 The Louvre is one of those museums that, even though you know you’ll never make it through the entire thing, you still go if only to peak inside. The museum is massive, housed in the Palais du Louvre (once the former fortress of kings until Louis XIV chose to relocate the monarchy seat to Versailles) and has four main sections: the Denon, Richelieu and Sully wings and the Hall Napoleon. The beautiful glass pyramid and inverted pyramid below it are relatively recent additions and popularized by those Dan Brown books which were all the rage a couple years ago.

Despite its palatial size, the amount of people who visit (nearly 10 million a year) are enough to pack it to the brim, so don’t be surprised if its chock full of tourists. My last visit was when I was a student studying art history in Paris for a summer. Even then on a lazy August afternoon mid-week with half the city away en vacances, there had been far too many people in the Louvre for comfort. For those short on time and and patience, I recommend stopping by the museum’s three great ladies:

For paintings, check out The Wedding Feast at Cana (by Renaissance master Veronese) and the Odalisque (a female slave in the Turkish harem by Ingres). My French art history teacher dedicated an entire lecture on the most famous of neoclassisme painters, Jacques Louis David, who is the mastermind behind The Oath of the Horatii, the Raft of the Medusa and the Coronation of the Emperor Napoleon. David’s paintings are grouped together in one great hall and the Napoleon coronation painting is massive and alone worth a special visit alone!

There’s also a fun underground / back alley of coffee shops and souvenir stores for anyone looking for an art reprieve.

That art history class was my favorite college class I ever took, taught by a sweet, retired and classically French professor. She led us up and down through the streets of Paris, pointing out architecture, secret passageways and the city’s best museums (off the beaten tourist path). If you have further time in Paris, I wholeheartedly recommend the Rodin Museum (for sculptures by the famous Auguste Rodin), Musee National Eugene Delacroix (the famous painter’s apartment, studio and private garden) and Musee National Gustav Moreau (a similar museum + apartment combo).

Even if you’re not a “museum person” I think the museums in Paris are next level – they have ample funding and dedicated curators such that even the smallest and most singularly focused museums (the Immigration Museum, anyone?) are a delight (and yes, I have visited that one ha). 60+ museums and attractions are bundled in for free as part of the Paris Pass – if it’s your first time visit and you’d like to see the top hits, I’d recommend buying the pass as it’s a significant discount compared to all the ticket entrance prices and also includes free transportation. The Louvre costs 12 euro on its own.