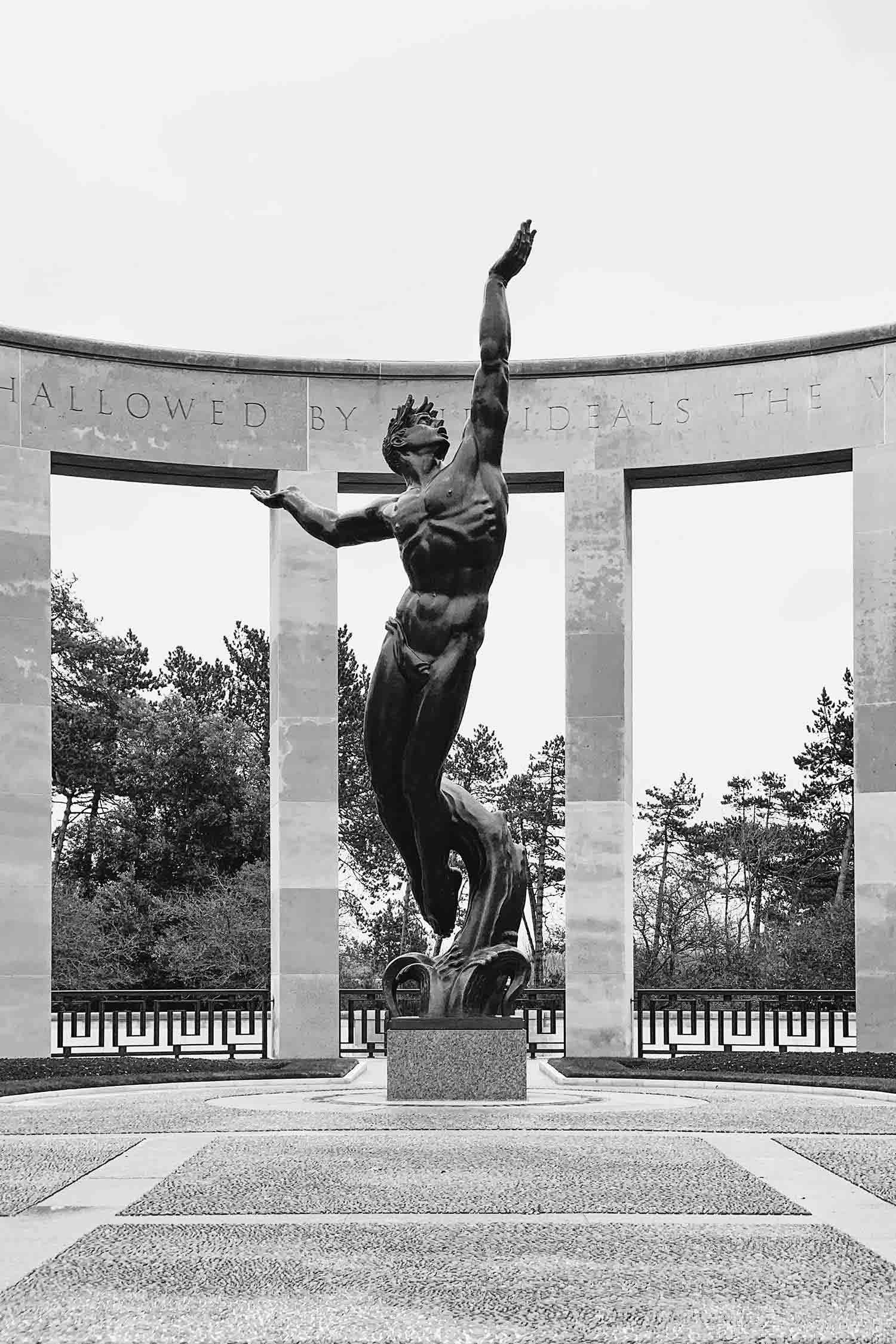 On D-Day, June 1944, the Allies launched their offensive attack against the Nazis along five beaches in northern France. Today, you can visit the landing beaches and the World War II cemetery dedicated to the fallen soldiers.

At the Normandy American Cemetery in particular, nearly 10,000 soldiers were laid to rest, in a grid of perfectly aligned white crosses that point towards America.

Here’s a look at what to expect when visiting the Normandy Cemetery. 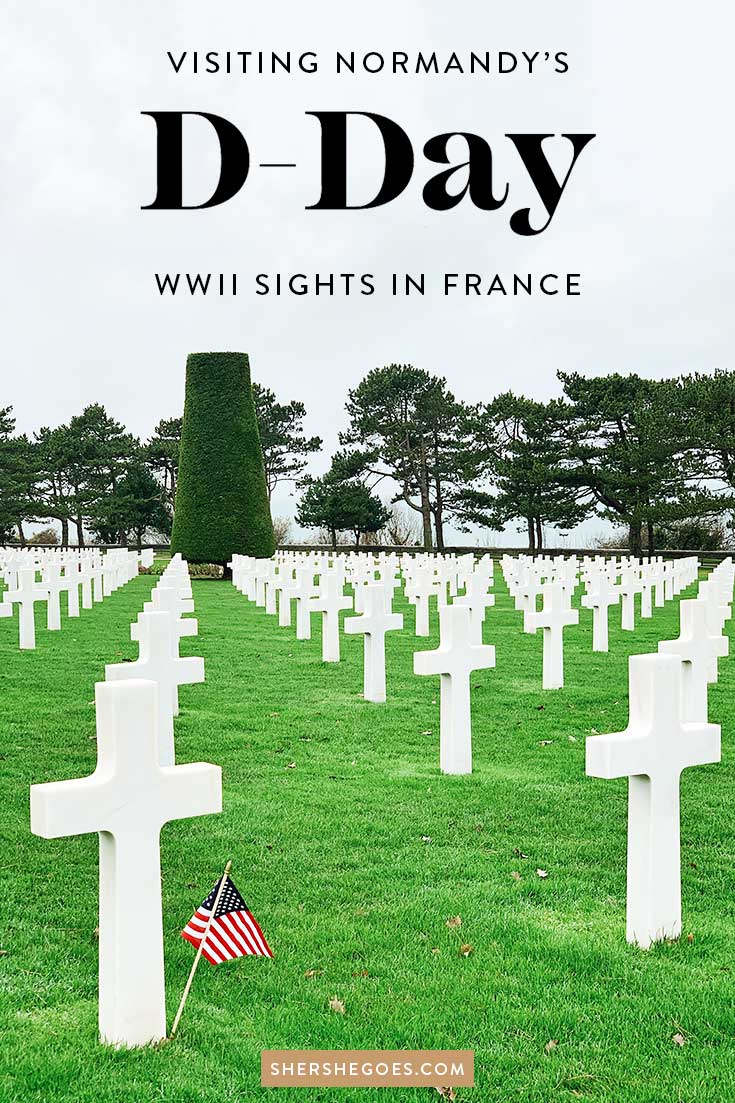 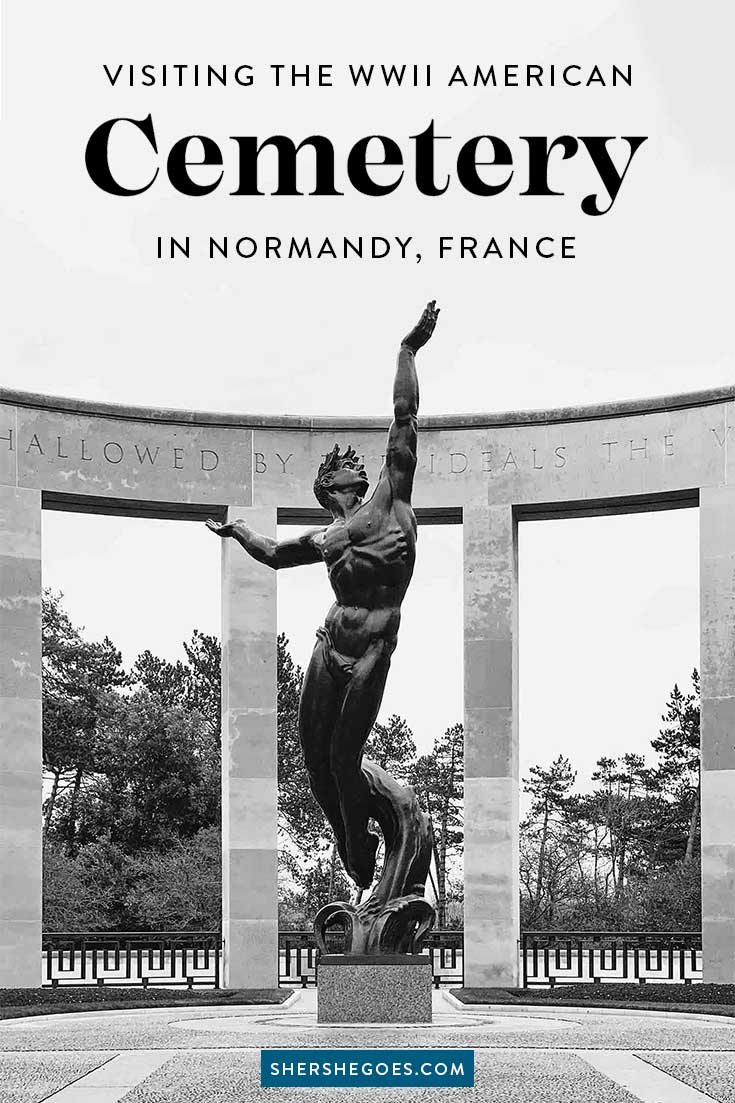 Of the 5 landing beaches chosen for D-Day, Omaha Beach suffered the heaviest casualties. Officially, the U.S. estimated nearly 125,000 casualties during the war, with nearly 2,500 American deaths on D-Day alone.

During the fighting, the Allies buried their soldiers in temporary graves. However, after the war, the Americans wished to establish a central cemetery and memorial for their fallen troops. France graciously deeded 172 acres of land on a hill near Omaha Beach to the United States, for eternity.

As a result, today you’ll find a small slice of America on French territory, with an elaborate cemetery, memorial and World War II museum.

Read more:  Where to Go in Normandy: A Guide to Its Small Towns 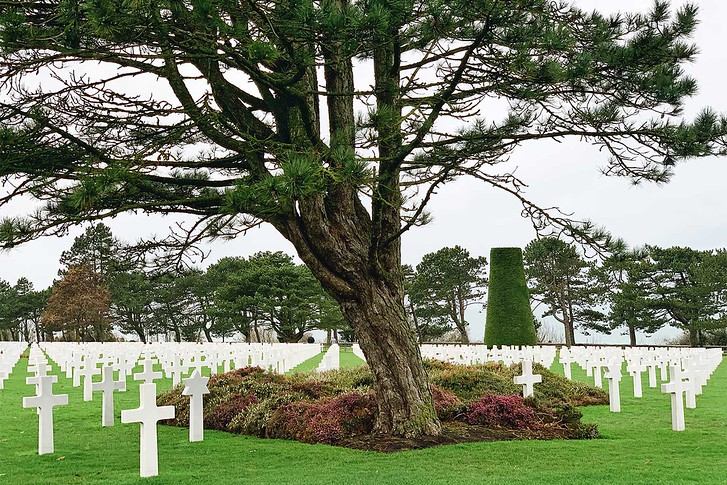 The Normandy American Cemetery is located on the former cemetery of Saint Laurent in Colleville-sur-Mer, Normandy. Today, the green hill is serene and peaceful.

The cemetery of crosses lies at the north end, with 9,380 graves arranged in orderly rows of white. Among them are Theodore Roosevelt Jr, son of President Roosevelt, and Preston and Robert Niland, the two brothers whom Saving Private Ryan is based on.

Nearly 14,000 other American soldiers were initially buried here but eventually brought home to their families.

Read more:  The Most Memorable Things to Do in Normandy

A semicircular colonnade anchors the cemetery, with maps illustrating the Normandy landings and military plannings of Operation Overlord. At its center is a bronze statue titled Spirit of American Youth Rising from the Waves.

Looking west, there is a serene reflecting pool and chapel. On the east end, a semicircular Garden of the Missing, pays tribute to the soldiers who died but could not be found or identified.

There is also a lookout point over Omaha Beach.

Towards the entrance and parking lot, you’ll find the visitors center and museum.

Read more:  How to Get from Paris to Normandy by Train 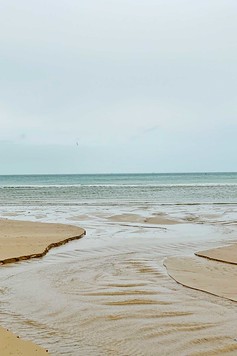 The museum was opened in 2007, and includes films, exhibits, uniforms and weapons from the Normandy landings.