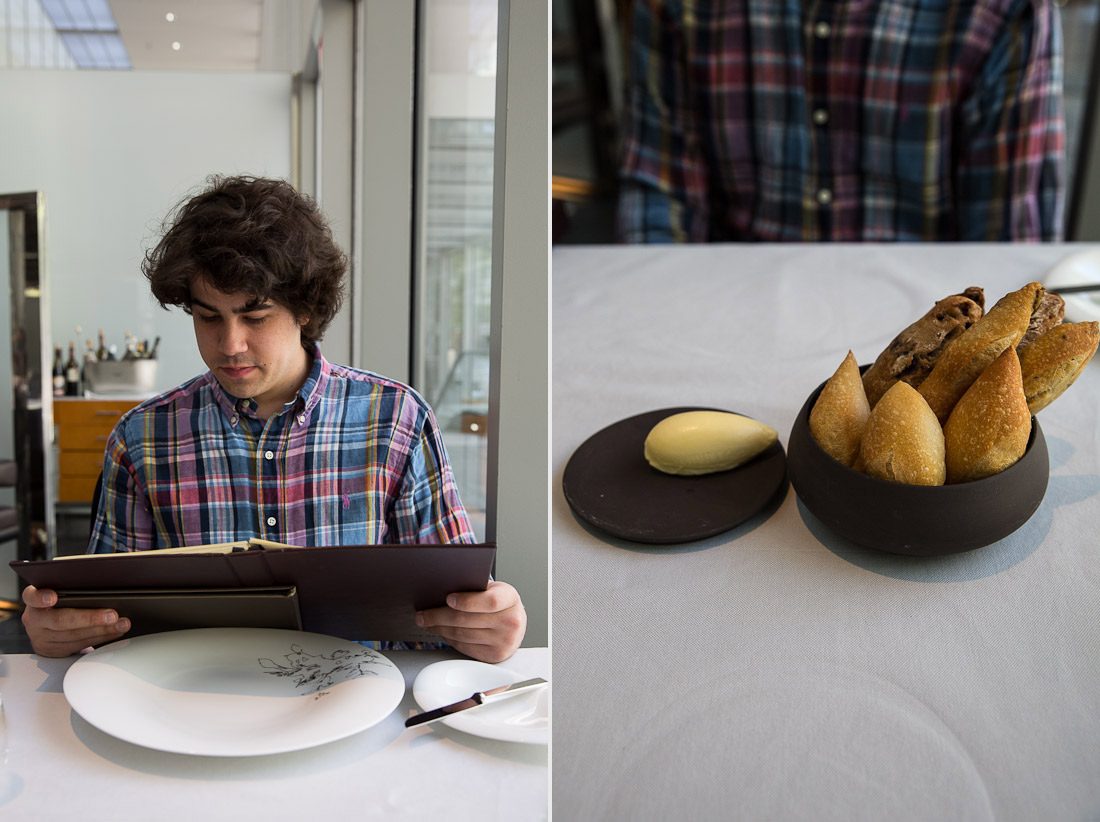 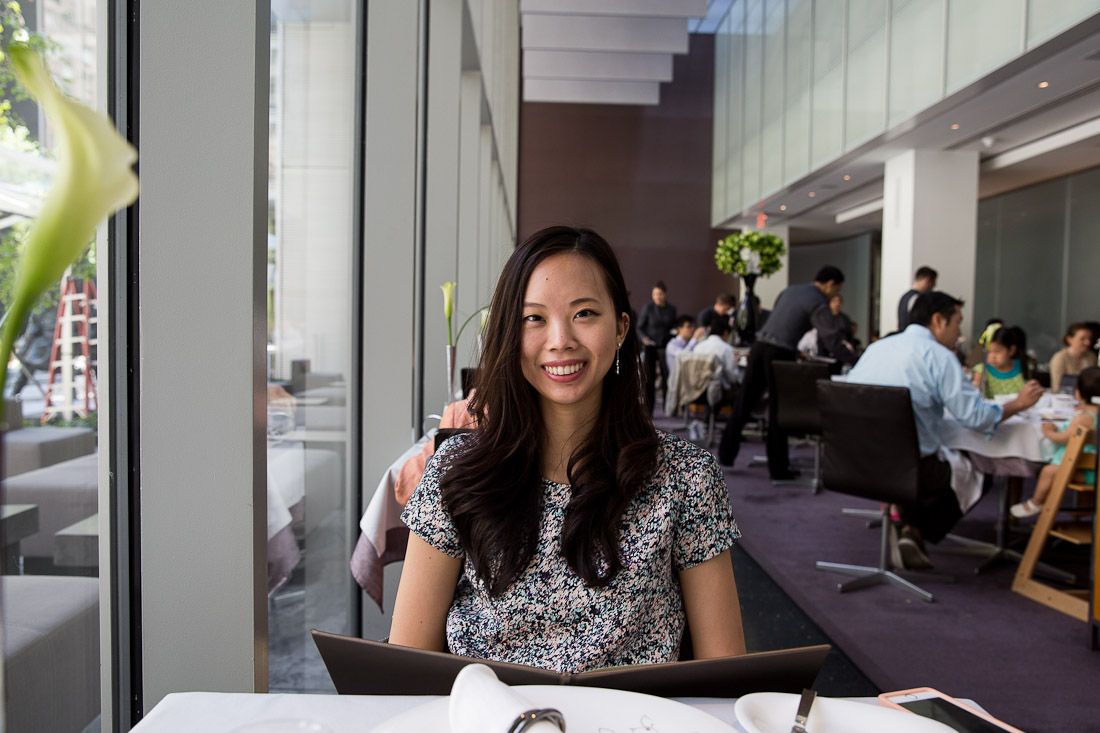 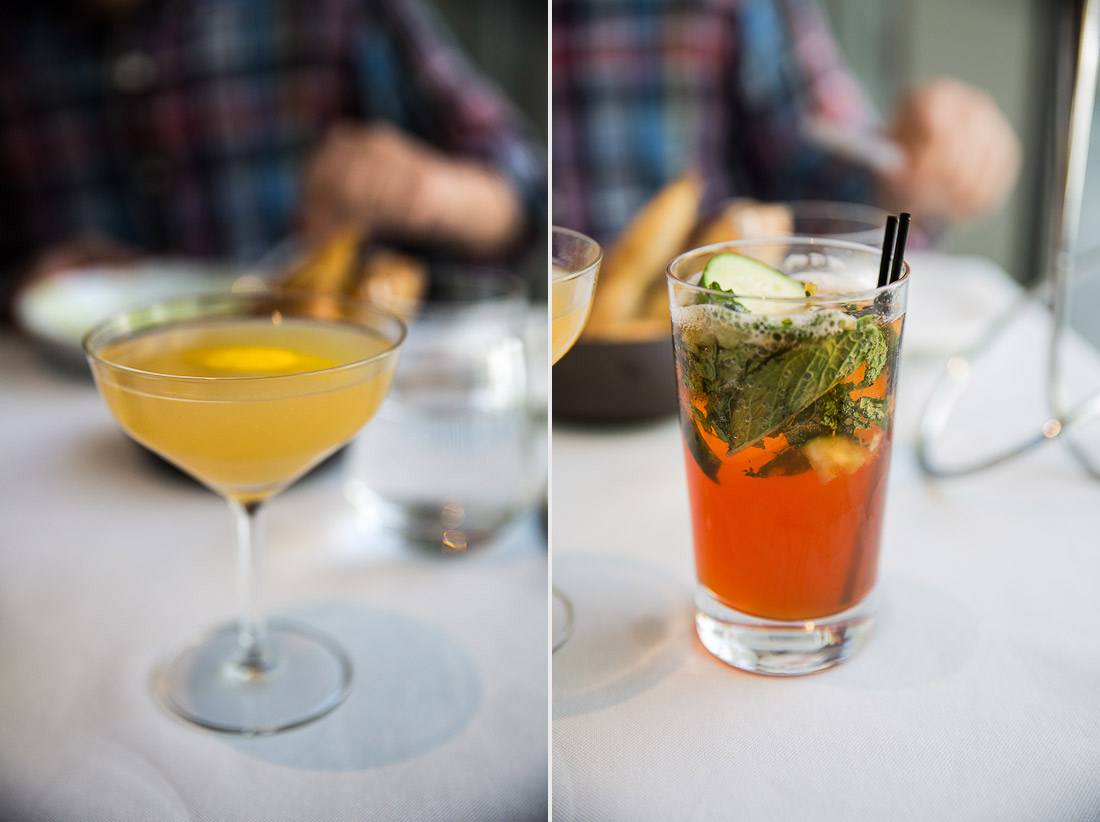 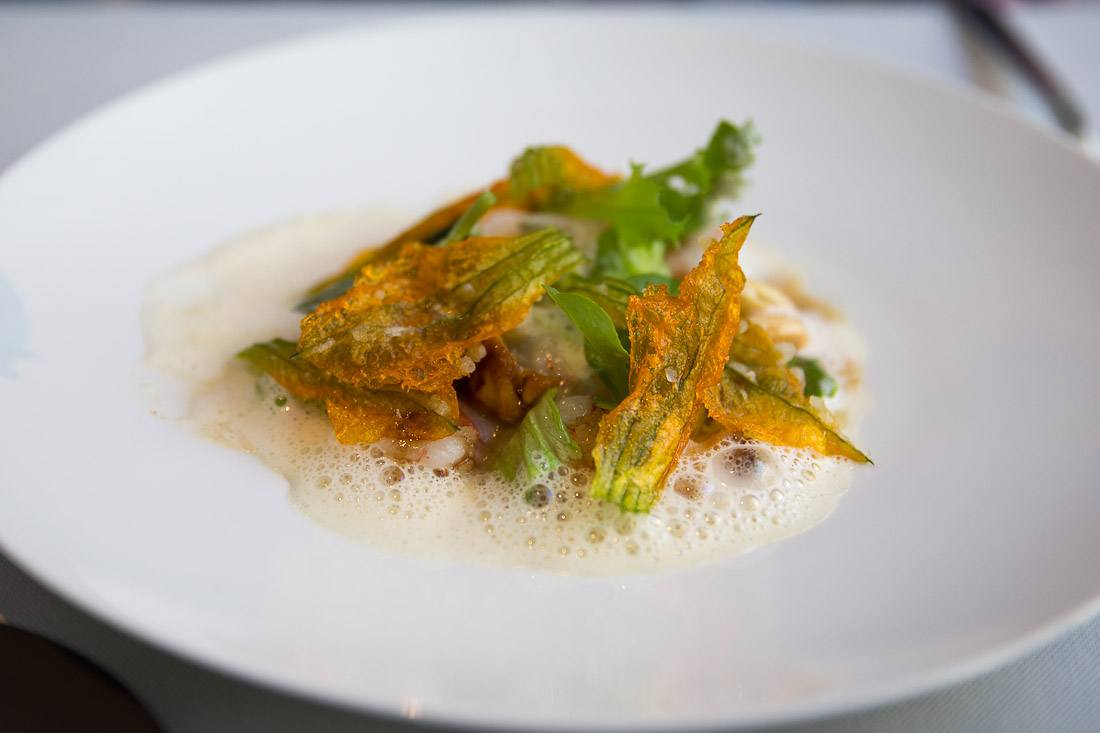 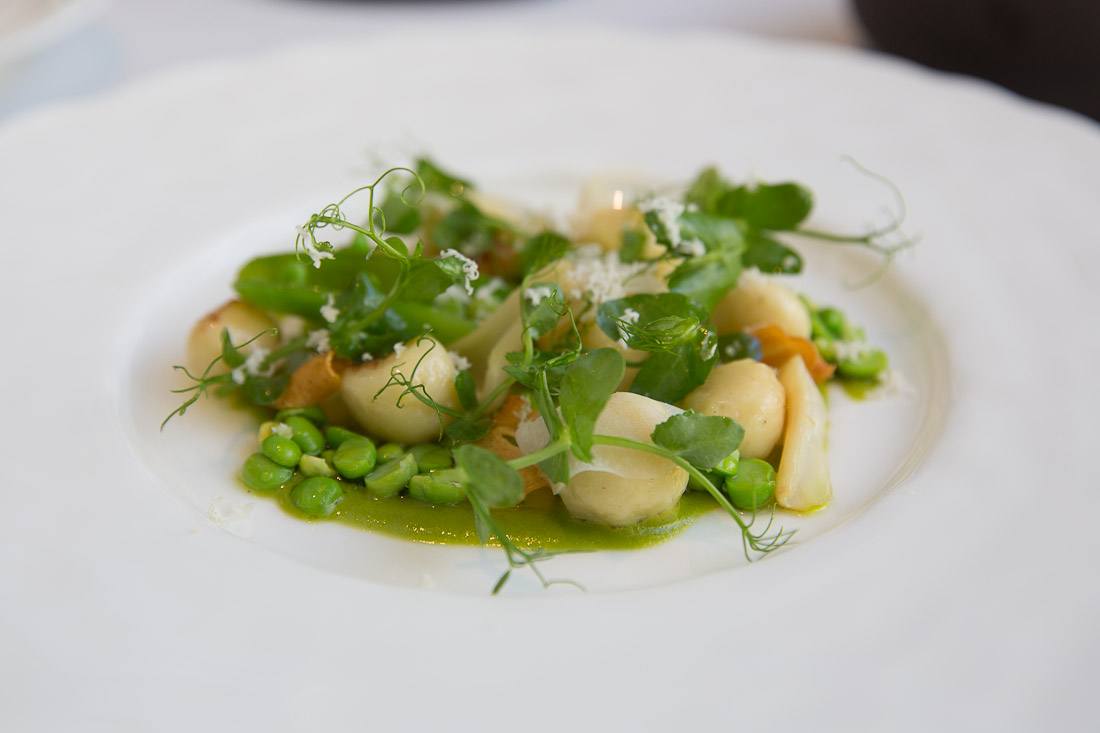 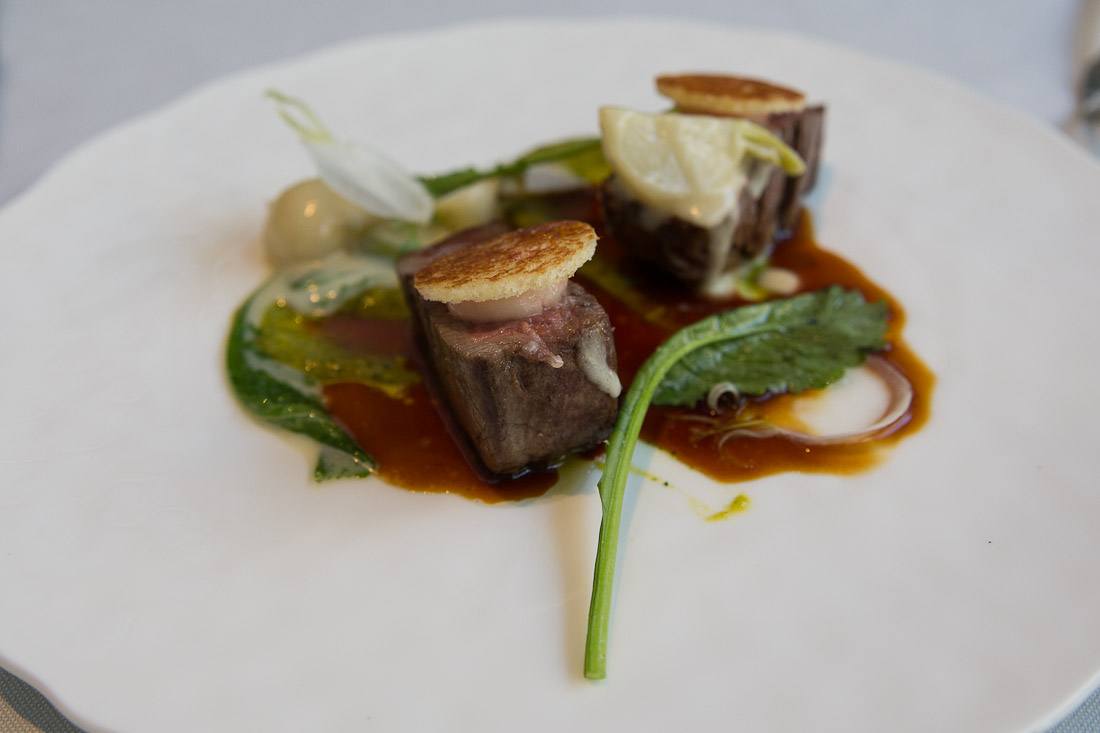 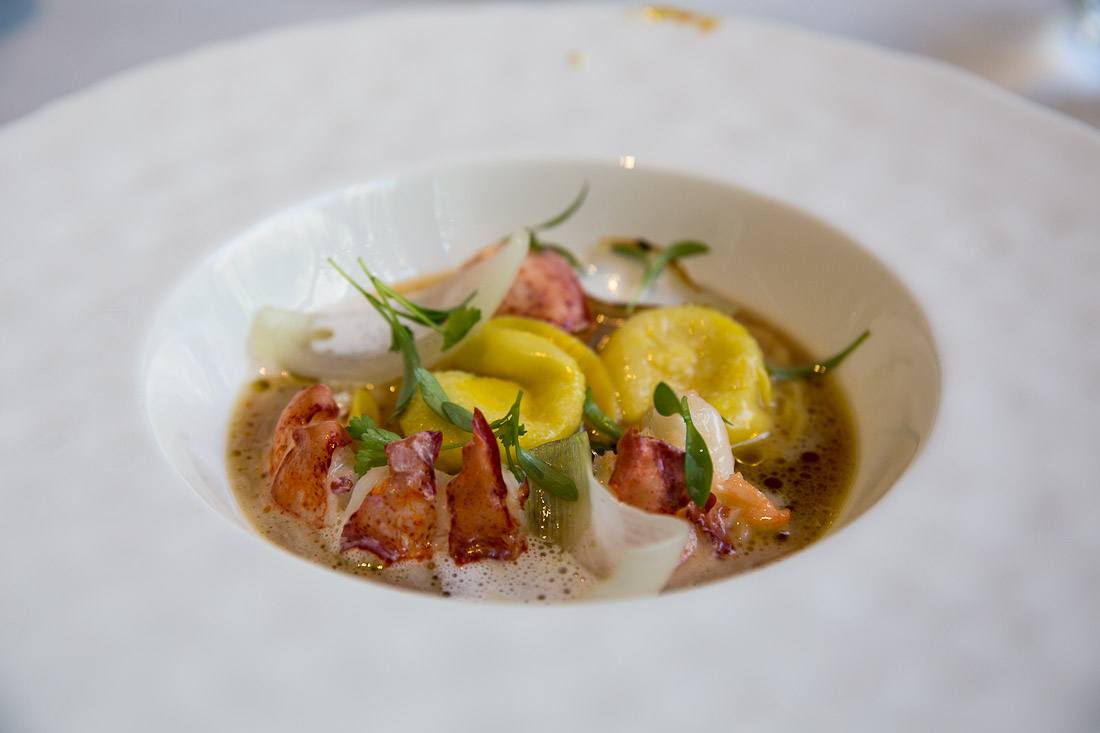 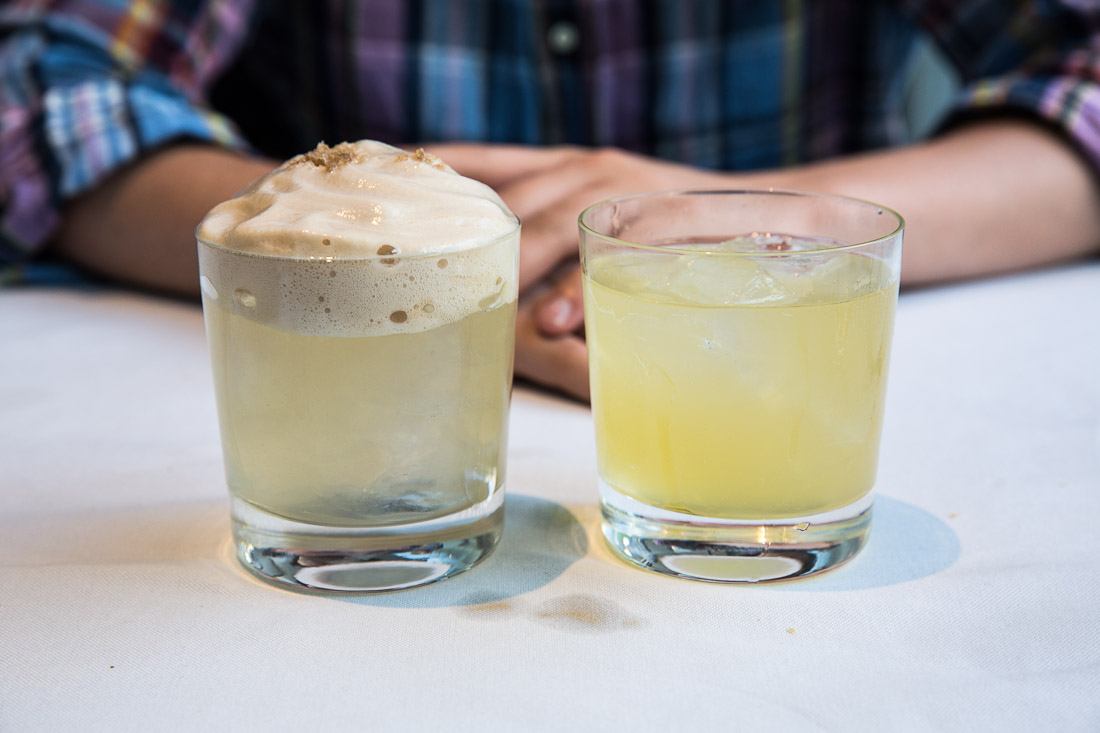 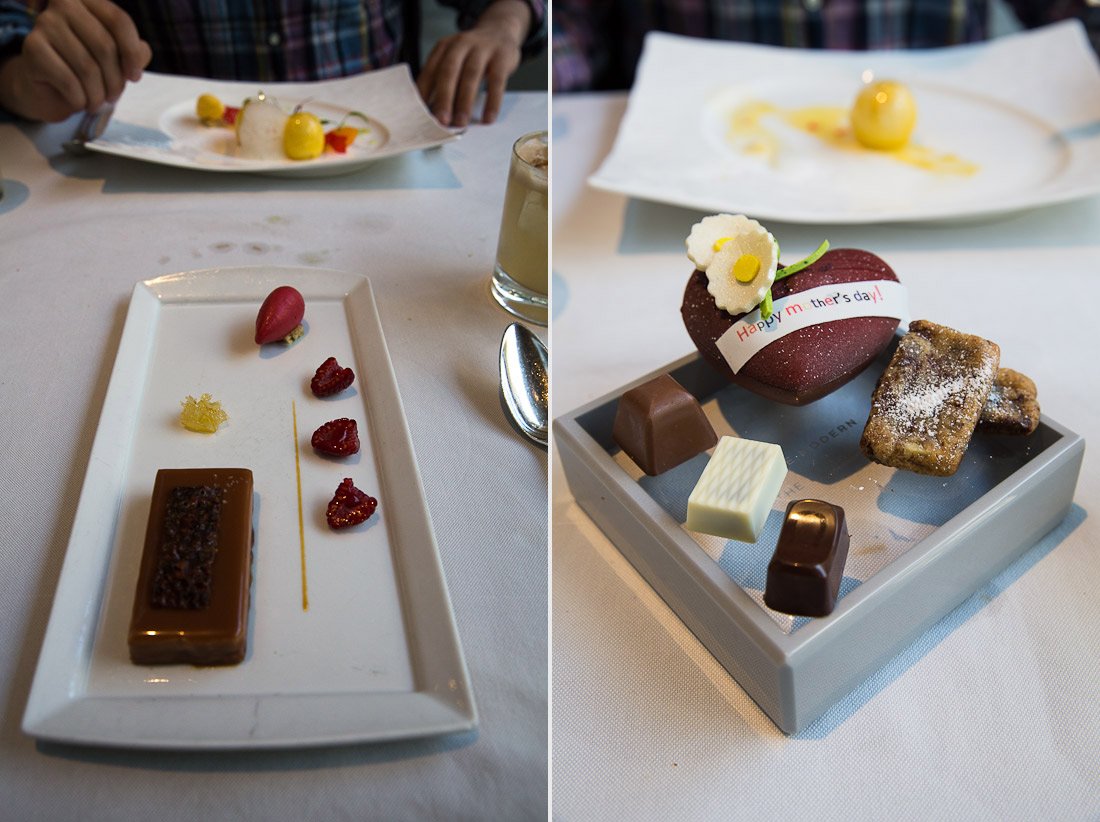 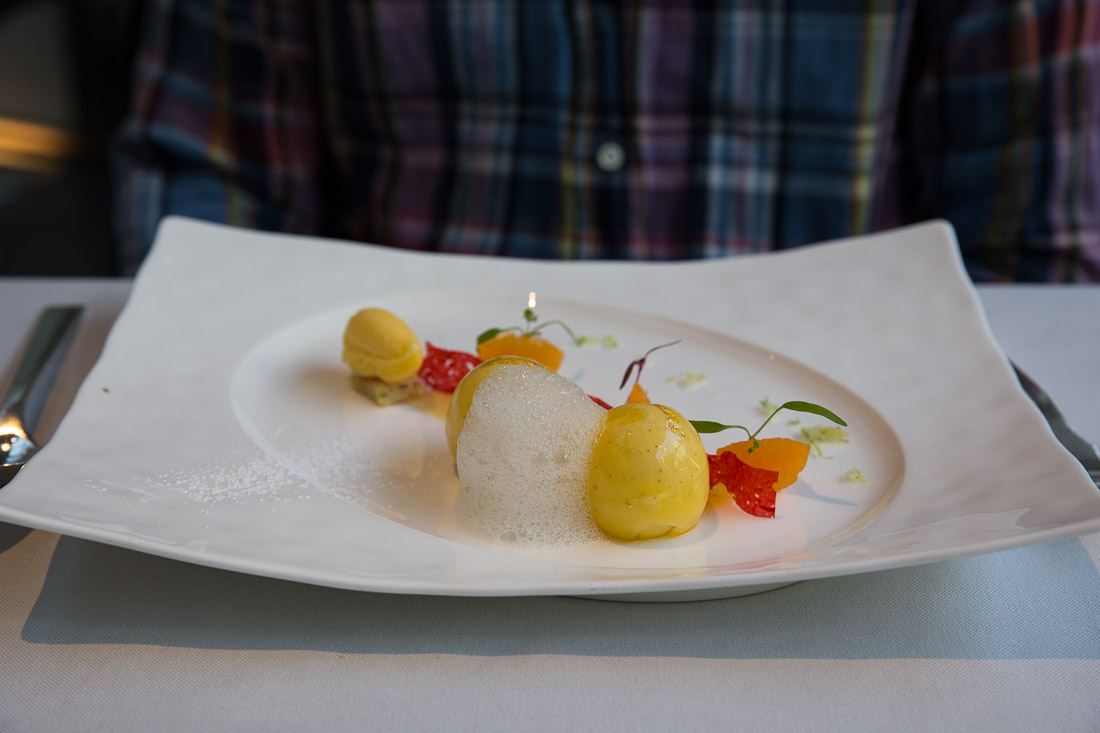 My, I seem to have a ton of food posts lately. This past weekend, we celebrated C’s birthday with lunch at the Modern.

The Modern is another of Danny Meyer’s restaurants, run from inside the Museum of Modern art and adjacent to the Museum’s sculpture garden. I had heard of the Modern from a foodie friend and knew there were two seating options: the Dining Room or at the Bar. As it’s finally approaching spring weather here in the city and as it was a special occasion, I made a reservation for the Dining Room and secretly hoped for a table by the large glass windows for a view of the garden. We were able to nab a Sunday lunch reservation and knock off another NYC restaurant on the Michelin list (as of 2014, the Modern has 1 star). Eventually, we’re hoping to work our way up to affording the likes of Per Se and Eleven Madison, ha :)

The Modern does a prix-fixe for both lunch and dinner. As it happened to be Mother’s Day, the Modern replaced lunch with a one-time dinner menu and at the end of the meal, we received a pretty hilarious chocolate Mother’s Day heart. But overall I thought lunch was fun and delicious!

We tried the gnocchi and shrimp appetizers and also received a funky fun pea soup for the amuse-bouche. Note: the shrimp doesn’t look to be a normal offering on the menu, but the peeky toe crab sounds like a great alternative. I really enjoyed the pea soup – it was light and flavorful, had a dollop of sturgeon and a crusty baguette that was great for dipping. The gnocchi and shrimp had a similar green element, which again made everything taste super fresh.

For mains, we tried the beef with bone marrow and poached lobster in smoked vegetable broth. Both were phenomenally flavorful! I really enjoyed the lobster broth, which wasn’t too smoky for my taste. The lobster itself was a decent portion size and chunky rich in texture.

We also tried four of the cocktails on the menu. First picture, the Reviver and Girovita cocktails. The Reviver was stronger, featuring Bourbon, Cointreau and Rhubarb bitters while the Girovita was more minty and fruity, with a strong syrup flavor. We probably should have stopped at two… but went ahead and ordered a round of the Self-Portrait and Alongquin Wits cocktails mid way through dinner. The Self-Portrait is not for the faint of heart- Tequila, Lillet Blanc and walnut salt, with a foamy fun top – this drink was way too strong for us. While the foam was creative and interesting, I personally don’t enjoy foaming beers and this didn’t feel any different. The Algonquin Wits drink featured gin, benedictine, gingery and honey and was light and gingery. It did seem as if most diners at the Modern go for the wine list, but we had fun experimenting with the mixed drinks.

Overall, we really enjoyed the atmosphere at the Modern. The restaurant is beautifully lit and white, while the floor to ceiling windows and steel panes make the space feel like a contemporary art gallery. And of course, afterwards, the Modern art gallery is a next door and great for walking off some of those calories!