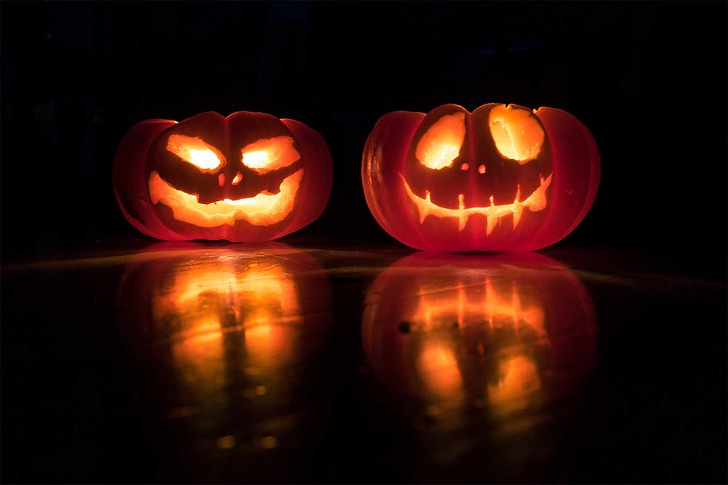 Where is Halloween Celebrated?

Those from the United States – and probably many beyond – are intimately familiar with how Americans celebrate Halloween.

Every fall, families around the country carve pumpkins in anticipation of October 31, when people of all ages (but mostly children!) dress in costume, visit their neighbors, shout “Trick or Treat!”, and hope they get delicious candy instead of apples or pencils!

But how does the rest of the world celebrate Halloween? 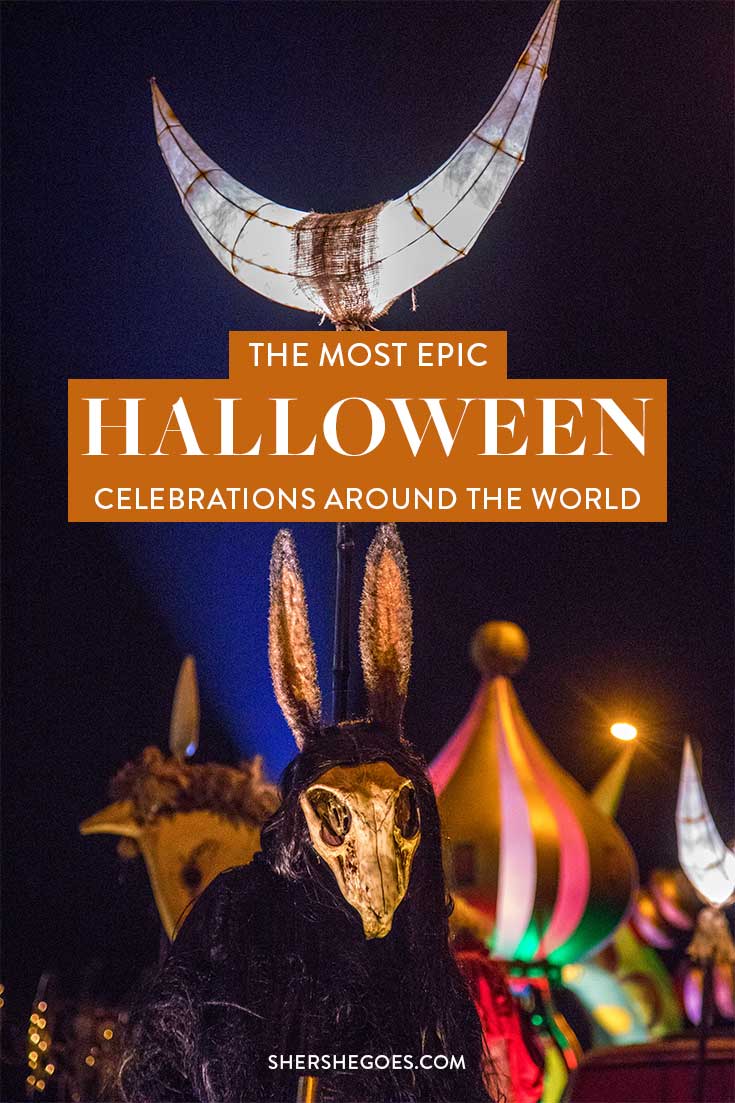 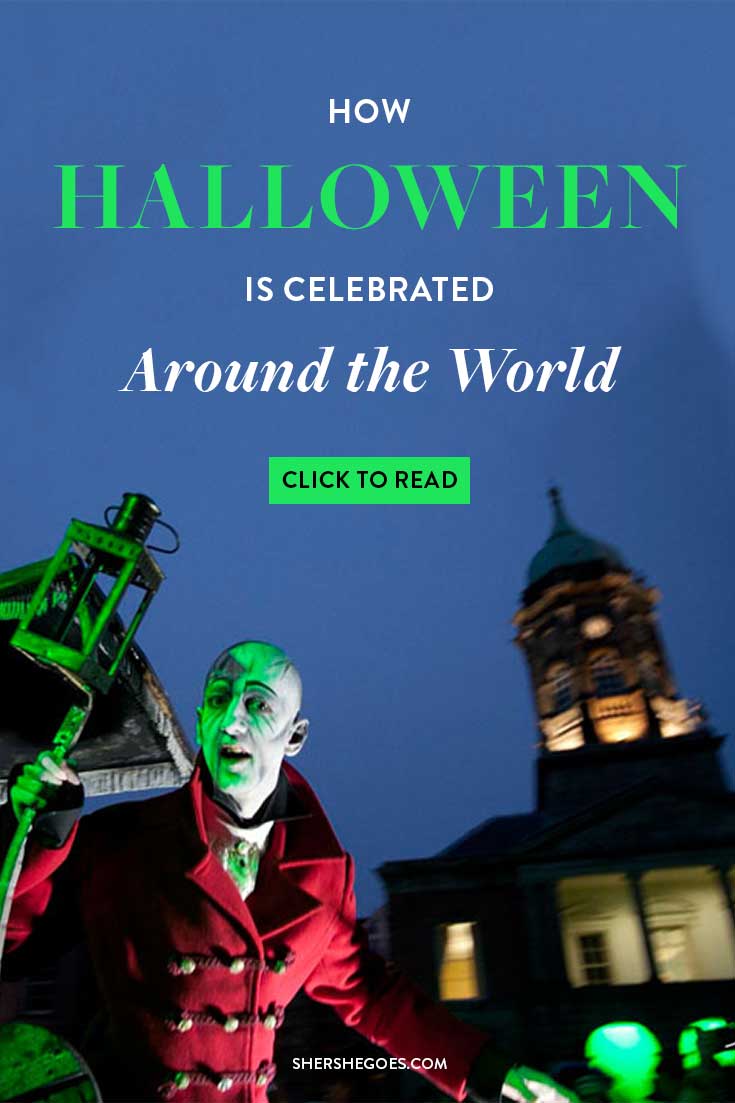 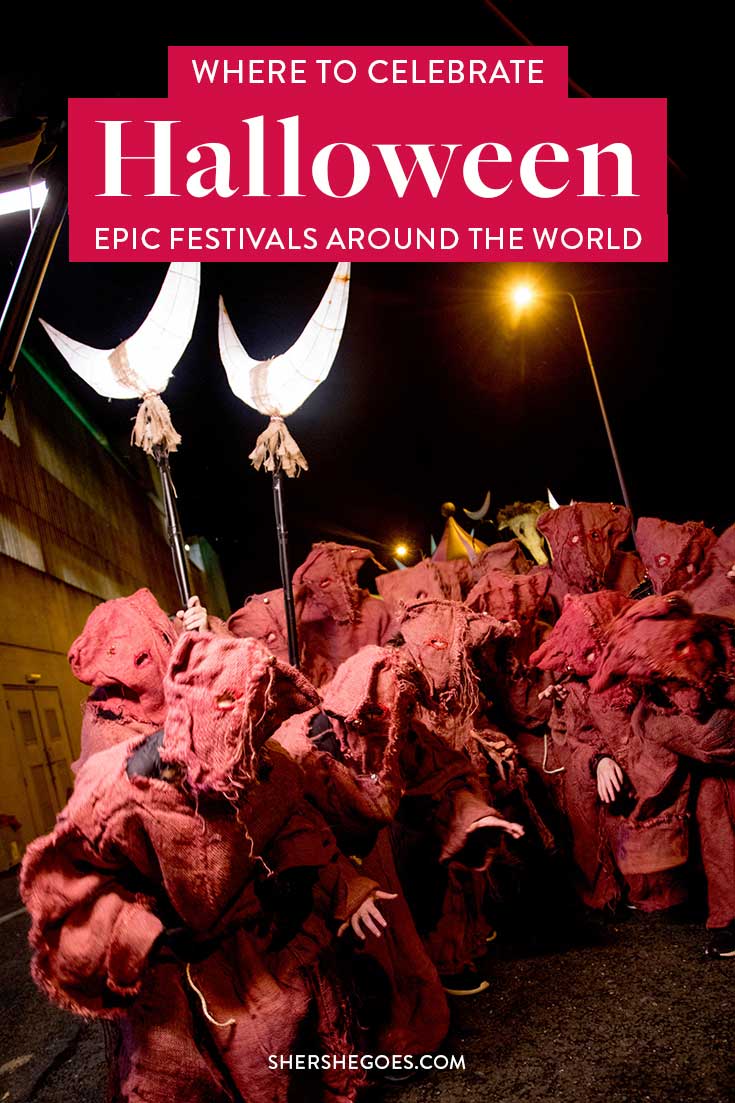 Halloween Around the World

While certain celebratory aspects exist among worldwide Halloween (or Halloween-equivalent) holidays, the rest of the world takes a comparatively solemn and religious-based tone to this holiday.

To learn more, keep reading for 7 celebrations of Halloween around the world!

What better place is there to start then, well, where it all started.

Ireland, Scotland, and the Isle of Man are collectively considered the birthplace of modern Halloween for its peoples’ Samhain (pronounced “saw-win”) festival.

Originally, Samhain was one of 4 Gaelic seasonal festivals, with this specific one marking the ending of the harvest season and the beginning of the year’s “darker half”. 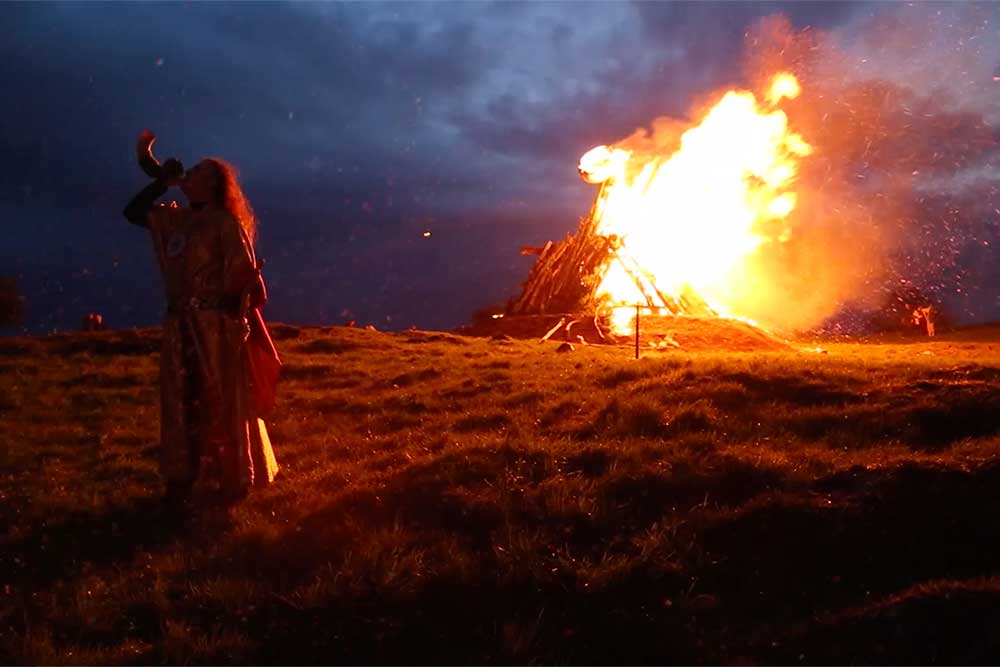 Samhain was the last great gathering before winter and clans would gather from all over to celebrate, trade and connect.

They’d light huge ceremonial bonfires and carve lanterns out of turnips (that changed to pumpkins when the Irish came to America, where turnips were less common).

Children and the poor would go door to door to offer prayers for the dead in exchange for food, the ancient precursor to Trick or Treating.

The Celts believed that during the transition from fall to winter, the worlds of the living and the dead would touch and spirits could move between them. In order to avoid being pulled into the otherworld prematurely, the Celts would disguise themselves in costumes to confuse any roaming ghosts or demons.

Today, Samhain, which typically occurs on both October 31 and November 1, is usually a joyous celebration with traditional Gaelic food and games.

Where to Celebrate Halloween in Ireland 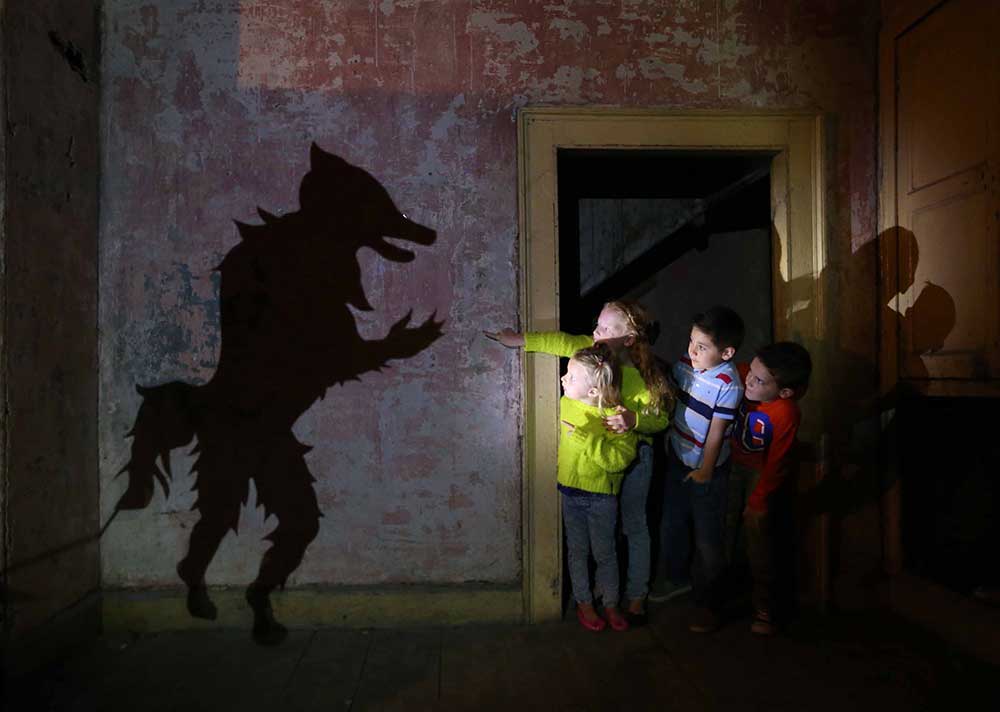 Did you know Dracula was the creation of a Dubliner?

Bram Stoker was born in Dublin in 1847 at the height of Ireland’s Great Famine. Sickly as a child and bedbound, his mother told him many Irish folklore tales and in particular, horror stories.

The most famous Irish folklore (and whom Stoker likely took inspiration from) is of a chieftain named Abhartach, who was hated by all. When he accidentally fell to his death, his clan quickly buried him only to discover the next day that Abhartach reappeared, demanding fresh blood cut from the wrists of his people.

Eventually a local priest gave his people the solution to end the undead. Abhartach was stabbed in the heart using a sword made from a yew tree, and buried under a heavy stone.

Bram Stoker attended Dublin’s Trinity College and spent much of his time at Marsh Library. He wrote Dracula in 1897!

Today, the Bram Stoker Festival takes place every year on Halloween weekend in the Irish capital.

The Púca Festival in County Meath 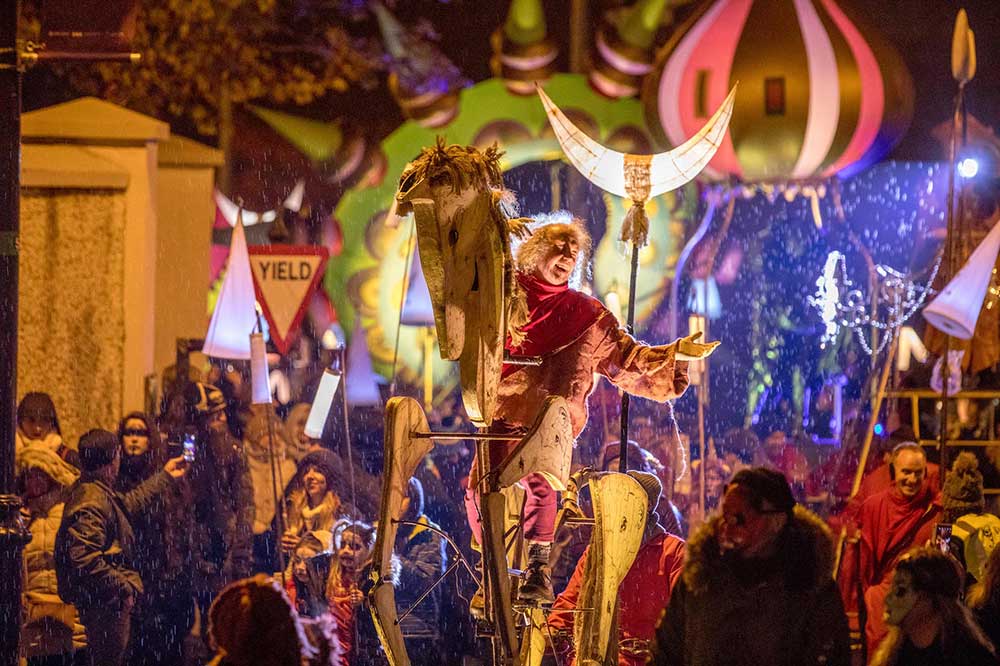 On the 31st of October, County Meath holds a 21st century Samhain celebration. There’s live music, performances, light installations and a lighting of the Samhain fire.

This year, the celebration will be virtual. 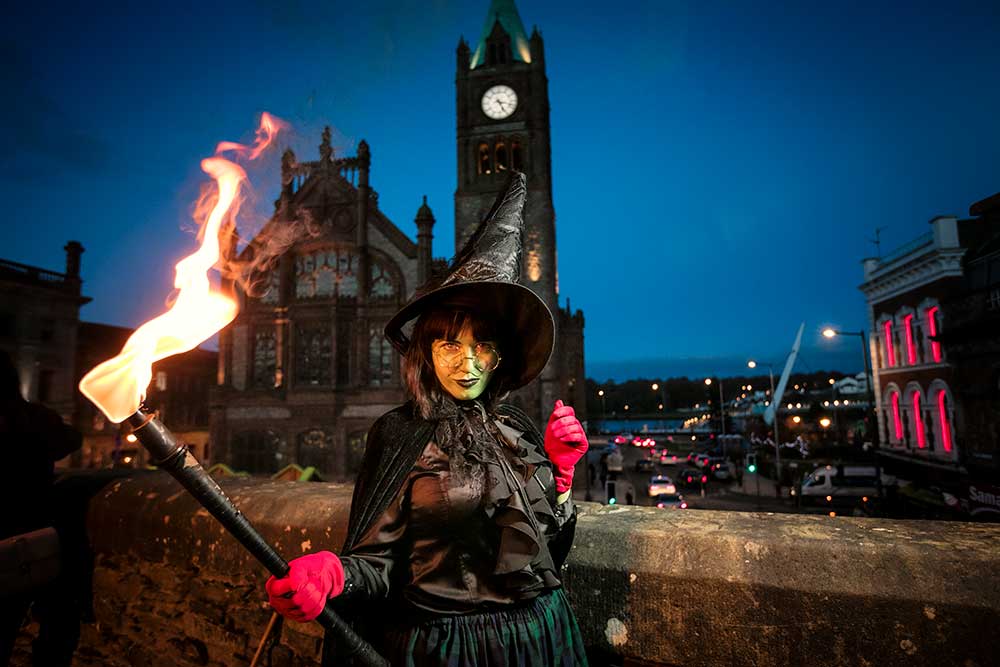 The city of Derry is one of the best places in the world to spend Halloween! Practically the entire city participates in a Halloween carnival every year as the city itself transforms into a City of Bones. 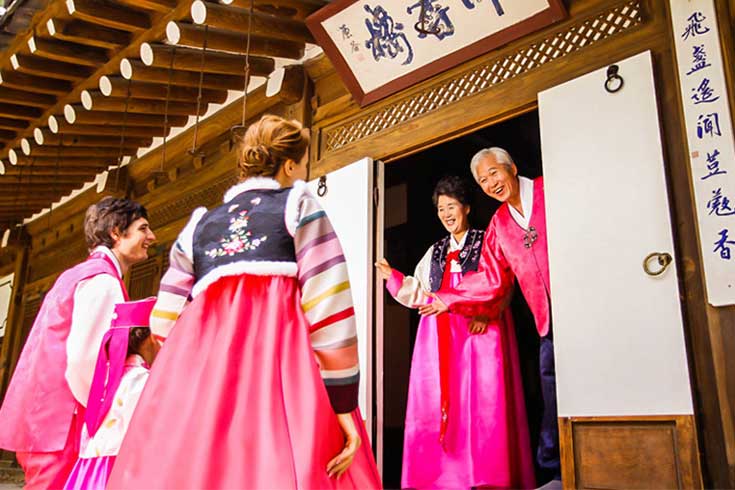 Though a continent apart from Ireland, the Korean Peninsula’s celebration of its Halloween equivalent also originated as a harvest festival.

Held as a 3-day festival with the middle day being the 15th day of the lunar calendar’s 8th month (designed to fall on or near the Autumnal Equinox), Chuseok takes on a much more solemn tone of remembrance compared to its American analog.

Two main customs are essential to Chuseok: the Seongmyo, which involves visiting the ancestral graves of one’s family, and the Charye, which is celebrated with an ancestor memorial service within the family home.

In many mainland European countries, the Halloween equivalent is represented by All Souls’ Day, a Christian holiday that takes place the day after All Saints’ Day and is designed for the living to honor the souls of their fellow Christians who have departed.

While Italians, who are overwhelmingly Catholic, celebrate All Souls’ Day – which occurs on November 2 of this year – in a similar fashion to Christians across Europe, those from the island of Sardinia add a wrinkle that will be intimately familiar to Americans.

There, Sardinians have been carving pumpkins into “Concas de Mortu”, or “heads of the dead” for centuries! 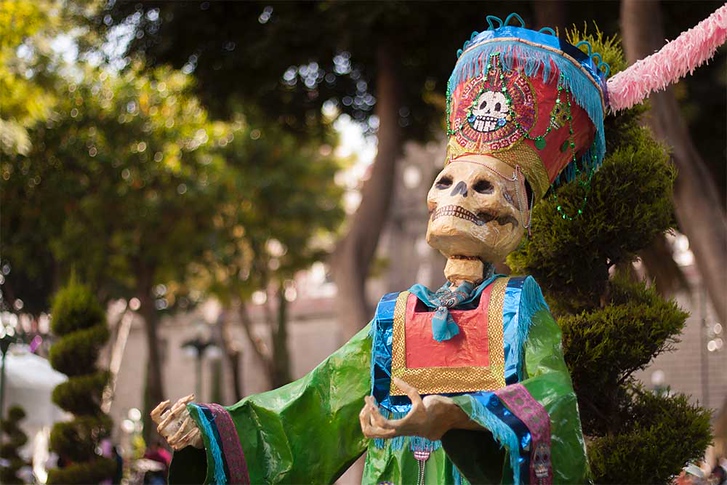 Probably the most familiar international Halloween celebration to Americans, Mexico’s Día de Muertos, or Day of the Dead, has often entered into both America’s classrooms (particularly those studying Spanish language) and popular culture (such as the authentic depiction from the the most recent James Bond film Spectre).

Most heavily celebrated in the Central and Southern regions of Mexico, Día de Muertos is distinguished from its European and Asian counterparts by being an obviously happy celebration.

Death being viewed by Mexicans as a natural part of life’s cycle, Día de Muertos is a happy occasion because it is believed that, during the festival, departed loved ones awake and celebrate with those still living.

Fun fact: Día de Muertos was originally celebrated during the summer, but gradually moved closer to the weekend of All Souls’ Day after Spanish colonization in the 16th century. 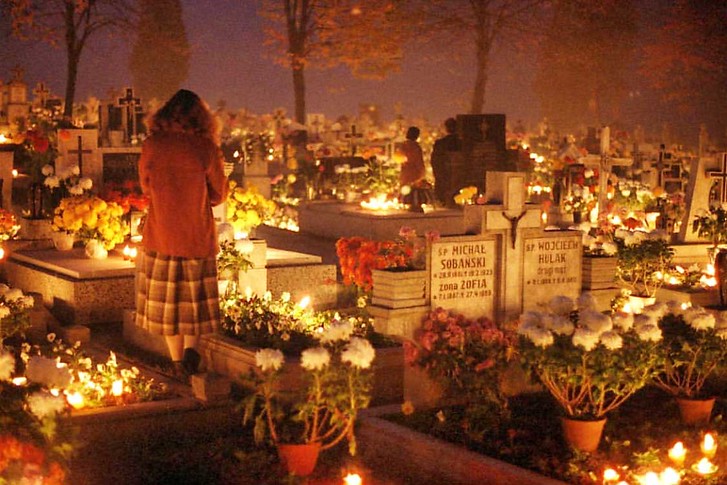 Zaduszki is the Polish word for All Souls’ Day and is celebrated on the same weekend as the Italians and other Europeans celebrate the traditional Christian holiday (Poland, by some estimates, has a population which is nearly 90% Roman Catholic).

Likely among the most solemn of Halloween celebrations around the world, Zaduszki is comprised most importantly of families visiting the graves of loved ones to deposit candles, wreaths, lanterns, gifts, and, most importantly, prayers.

On the second and final day of Zaduszki, the custom is to gather in church for a requiem mass that collectively honors those who have departed.

Celebrated in both mainland China and Hong Kong, the month-long Hungry Ghost Festival begins on the 15th night of the lunar calendar’s 7th month, which was on August 15 of this year.

An ancient Taoist and Buddhist festival, the Hungry Ghost represents the period of time when the dead are believed to re-enter the realm of the living.

The living pay homage to the dead by offering them gifts including money and meals that are prepared and left untouched at empty dinner table seats, as if the dead were truly present.

Another unique element of the Hungry Ghost Festival includes the construction and setting afire of paper boats and lanterns, which are intended to guide lost spirits to their final resting place.

Culminating on September 27 of this year, Pchum Ben is a 15-day Cambodian religious festival that is considered particularly unique.

For most of the 15-day period, which is designed to coincide with the ending of Buddhist Lent, Cambodians offer gifts (mostly food) to honor the deceased from as many as 7 generations in a family’s ancestry.

What is especially notable about Pchum Ben is how the festival ends: on Pchum Ben’s final day, Buddhist monks will chant continuously throughout the night to harken the gates of hell opening.

It is believed that, during the opening of the gates of hell, the dead spirits are particularly active. Hence the food offerings, which are thought to keep the evil spirits at bay!

Fall in New York City: All the Festive Events & Sights to Visit

Halloween Around the World: The Spookiest Celebrations

The Best Halloween Face Masks (instead of getting a costume!)