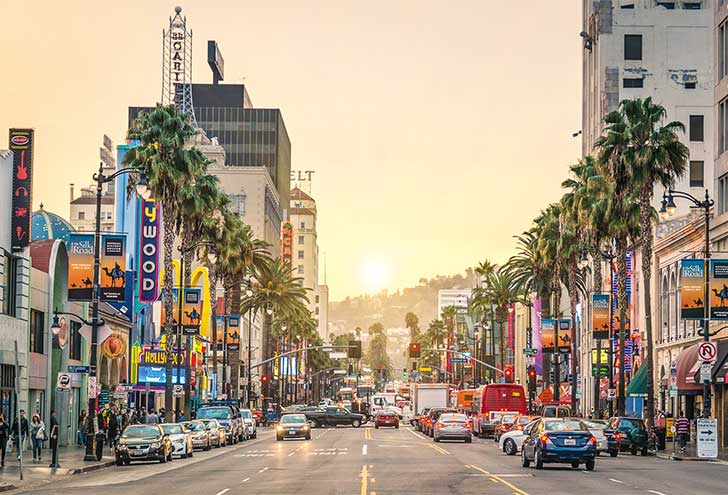 Where to Stay in West Hollywood

Not long ago, most people probably didn’t realize that California had a West Hollywood to distinguish itself from plain ole’ Hollywood..

Sweet child – would you ask people from Virginia if West Virginia is the same thing as regular Virginia? Now you catch my drift! Except in this case, West Hollywood is the hip and posh counterpart to its musty and corporate Los Angeles sister neighborhood.

Keep reading for ideas on where to stay in West Hollywood!

To summarize, here’s a handy chart of our recommended West Hollywood hotels. All include free wifi and are known for comfort, great locations and great customer service.

Below is more information about each hotel and why we recommend it! 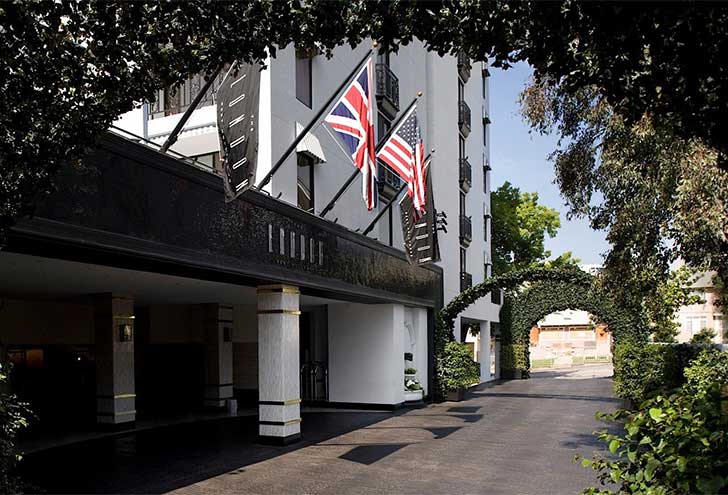 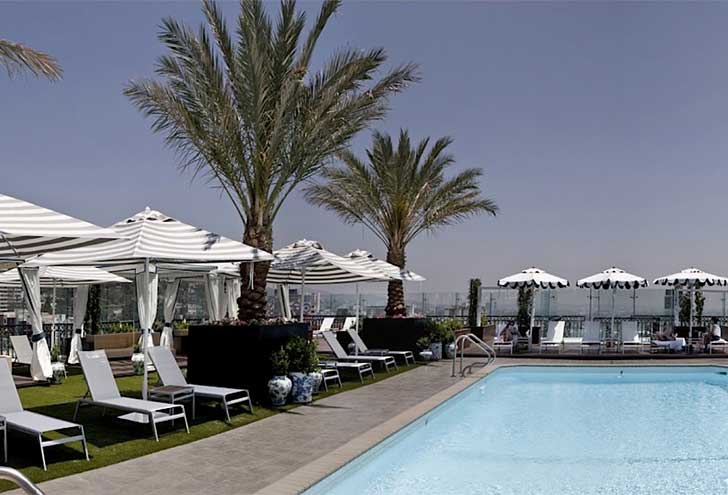 Sandwiched between the hubbub of West Hollywood and the Hills of Beverly, the London West Hollywood is like the person you meet in L.A. who tells you they just got cast in a Ben Affleck movie, except in this case they’re not lying.

Cooler than cool, the London West Hollywood and its all-suite accommodations – not to mention its stunning rooftop pool and restaurant Boxwood on the Roof, which is a favorite of guests and locals alike – is truly one of West Hollywood’s rarified urban oases.

What makes this one of the best hotels in Beverly Hills and West Hollywood?
Despite carrying all the glitz and glamour you would come to expect from The London, the West Hollywood installment always seems to have great deals lurking around if you know where to find them.

One of the best going right now? Guests staying at least two nights automatically earn at least $100 in credit toward food, drink, or the famed Alex Roldan Salon & boutique! 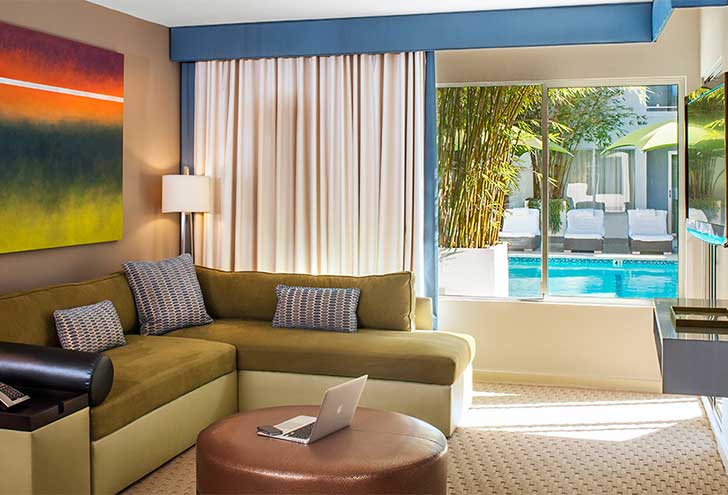 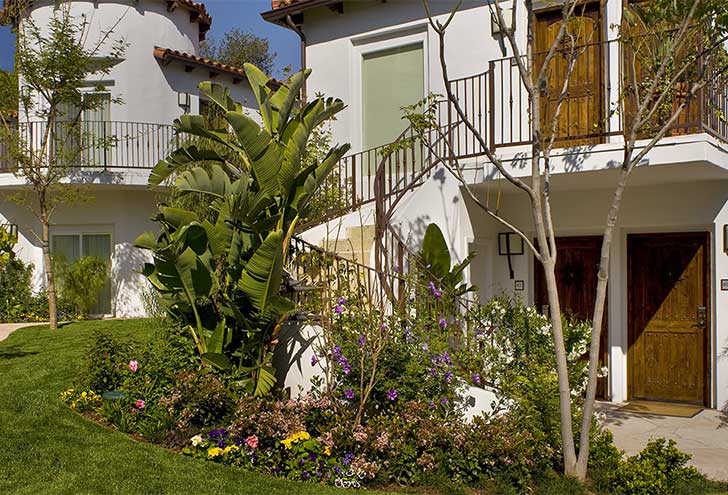 Located smackdab in the middle of Hollywood and Beverly Hills, the Sunset Marquis offers 152 gorgeously appointed suites and villas set amidst over three acres of verdant gardens and fun hideaways.

With two heated pools, a full-service spa, and iconic bars and restaurants located on-premises, the Sunset Marquis is chock-full of luxuriant amenities as well.

Why choose this West Hollywood boutique hotel?
Frankly, it’s impossible to have a bad location when you’re a West Hollywood hotel, but the location the Sunset Marquis affords its patrons is truly unrivaled.

Guests at the Sunset are just steps away from some of Los Angeles’s most storied venues including The Comedy Store, Whiskey a Go-Go, Viper Room, and the world-famous House of Blues! 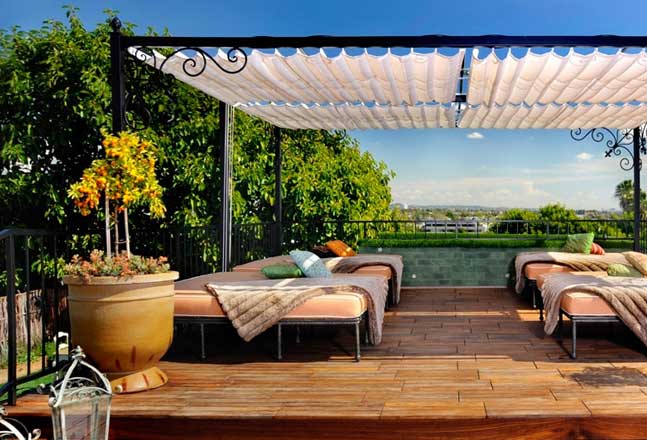 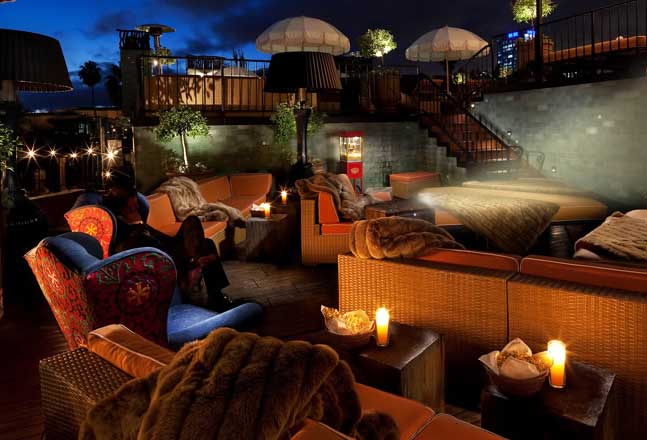 As a gypsy-inspired hotel in West Hollywood, it’s far from a stretch to label Petit Ermitage the most unique boutique hotel anywhere in Los Angeles.

With suites featuring everything from original artwork collections to poster beds to open-air fireplaces, the Petit Ermitage makes for a truly unforgettable West Hollywood hotel experience.

Why stay here for your Los Angeles vacation?

In a city that loves to tell you ad nauseum how “rad” or “hella awesome” its rooftops are, the Private Room is deservedly one of West Hollywood’s most sought-after rooftops.

With a heated saltwater pool, fusion restaurant blending cuisines from Italy, Japan, and Egypt, and stunning Hollywood Hills views, you’ll be living anything but petit on this rooftop! 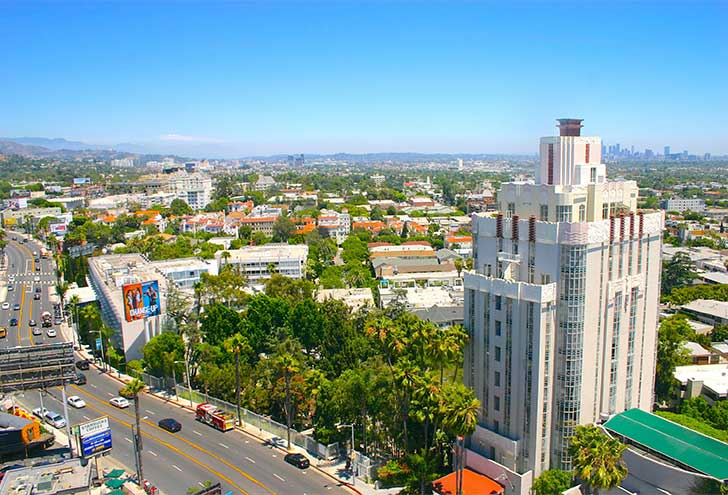 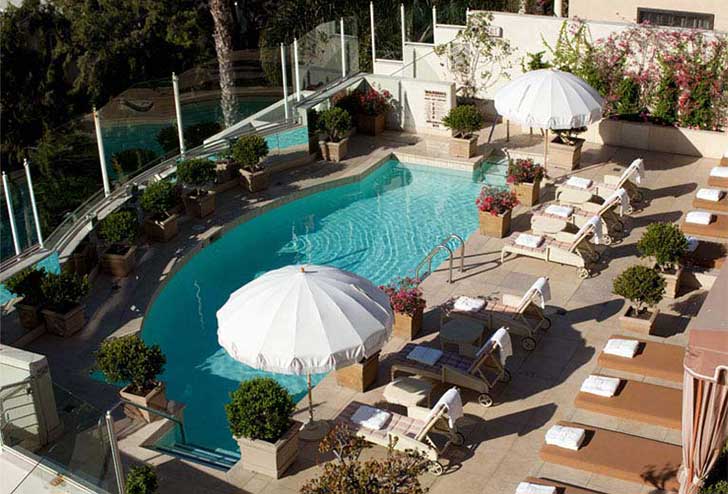 With amenities including Egyptian linens, complimentary in-room Nespresso machines, Kiehl’s shower products, and access to The Tower Bar, one of the most exclusive tables anywhere in southern California, the Sunset Tower truly treats its guests like royalty.

What makes this one of the best boutique hotels in West Hollywood?

We’ve talked about West Hollywood being a great location, but have we discussed the Sunset Tower Hotel being located on the actual Sunset Strip?

Well, now we have! Just steps away from some of the best restaurants, galleries, antique stores, and shopping that Hollywood and Beverly Hills has to offer! 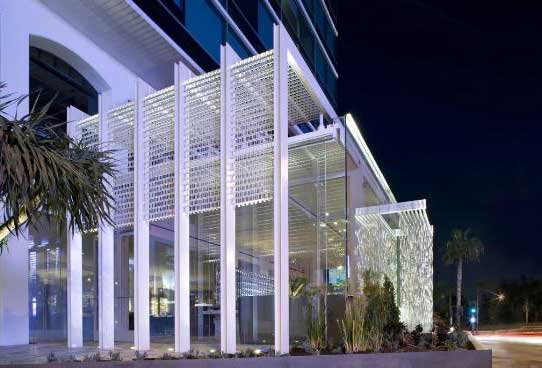 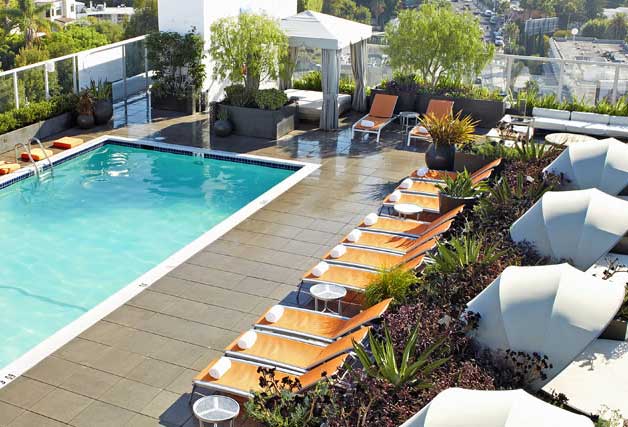 Also located on the aforementioned Sunset Strip, the Andaz West Hollywood blends the chic independence of a West Hollywood haunt with the modern amenities and services of a Hyatt-branded hotel.

Here's what to expect from a stay at the Andaz West Hollywood:

Guests at the Andaz West Hollywood are treated to a variety of room and suite options including accoutrements such as metal chandeliers, floor-to-ceiling windows, private patios, and marble-adorned rain showers.

Pair that with stunning views of and easy access to Sunset Strip haunts like House of Blues and the Rainbow Room, and what more could you want?

And that’s it! Our guide to some of the best hotels in the West Hollywood area.

Whether you’re looking for a luxury hotel in Beverly hills, a boutique hotel for couples or a family friendly hotel, these West Hollywood hotels are sure to please.