Though there’s plenty more to this lovely tropical nation, most people think of two words when they hear Panama: hat and canal.

While the Panama hat is certainly among the 7 wonders of any stylish wardrobe, we got to see one of the official 7 wonders of the modern world when we visited the Panama Canal Visitors Center!

Our hotel, the American Trade Hotel, kindly helped us with booking a driver and perfectly timed our visit to coincide with a cruise ship passing through the locks.

Here’s a fun look at the interesting history of the Panama Canal, how the US and France contributed to the canal’s development and some fun facts sprinkled in!

Or pin this article to save it for later ⇟ 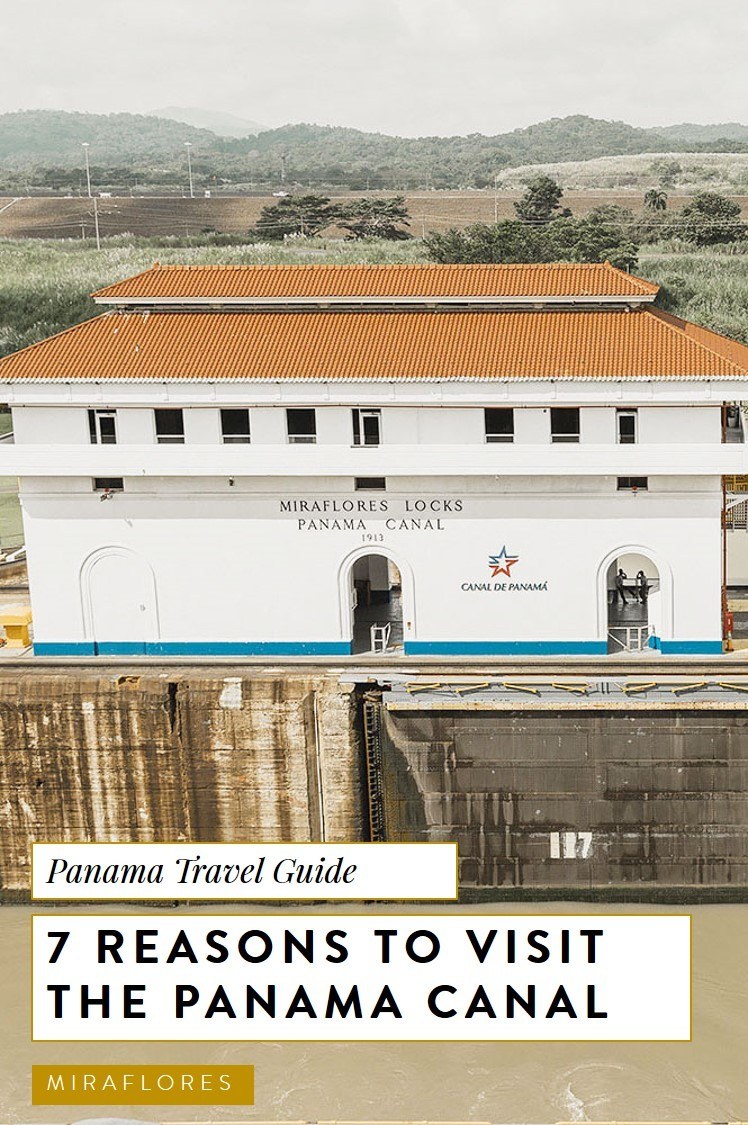 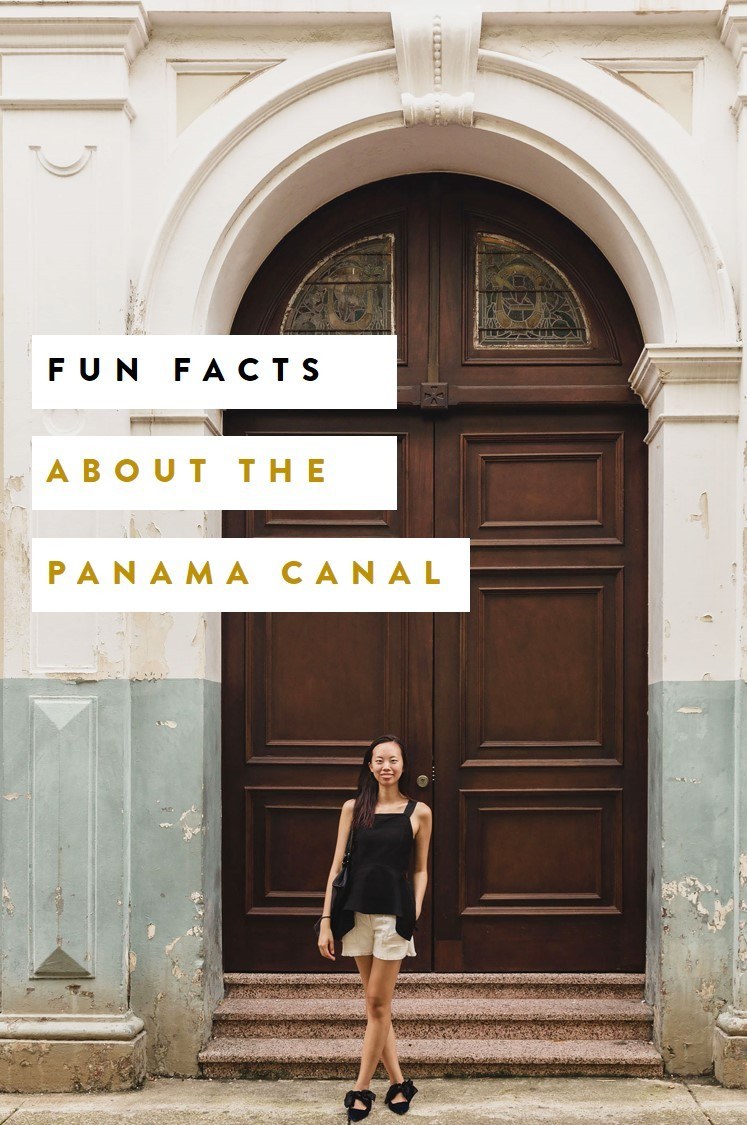 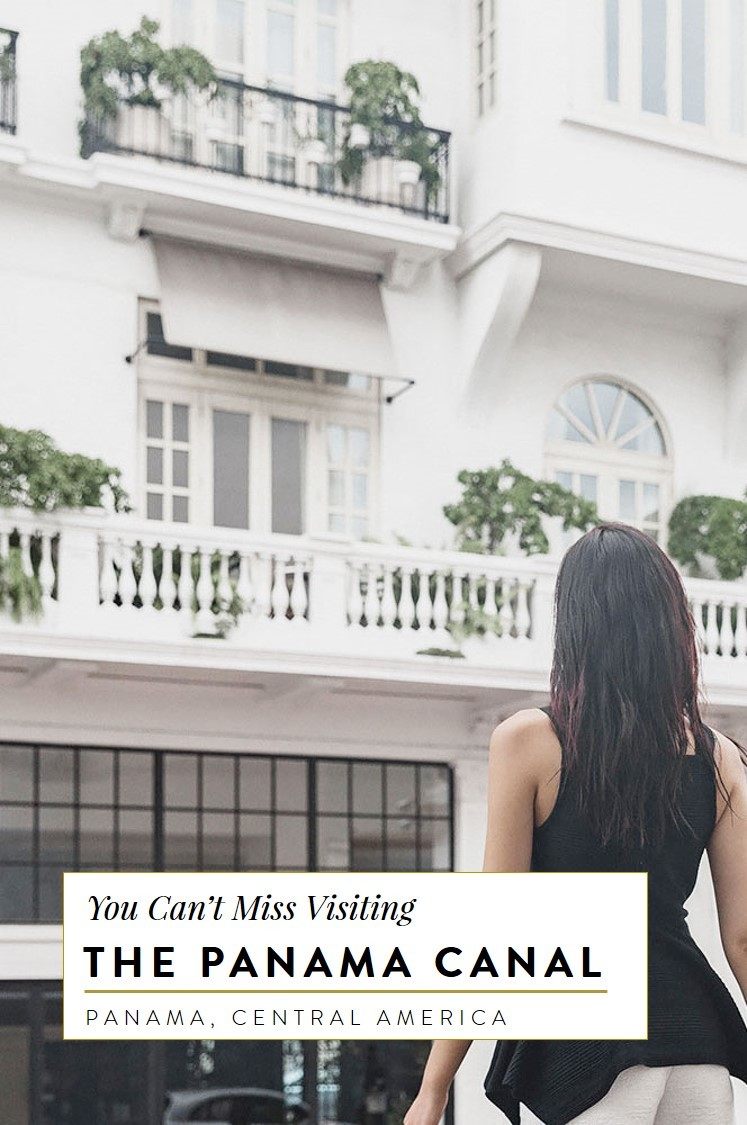 History of the Panama Canal

Most U.S. history students will remember that a canal linking the Atlantic and Pacific oceans was viewed as incredibly important to expanding global maritime trade.

This simple goal, however, belies the complexity and nuance behind the Panama Canal’s construction.

The French, in part due to their success building Egypt’s Suez Canal, originally conceived and began construction of the Panama Canal in the late 1800s, when Panama was still under Colombian rule.

However, financial issues and a high labor mortality rate would soon force France to abandon its efforts.

Interested in operating the Panama Canal, the U.S. originally signed a treaty with Colombia to finish construction.

However, upon recognizing that Panamanian rebels sought independence, the United States abruptly switched gears, supported the Panamanians, and became one of the first countries to officially recognize Panama in 1903.

Indeed, a major reason why the United States oversaw the building of the Panama Canal was because Panama granted the U.S. indefinite rights to its construction and administration.

Construction of the Panama Canal would finish in 1914, but by this time many Panamanians already viewed U.S. involvement unfavorably.

These tensions would only be resolved in 1977, when a Panama Canal treaty signed by President Carter stated that Panama would assume total control of the Canal on New Year’s Eve, 1999.

Since the Panama Canal was given back to Panama, the most significant development was a 10-year expansion project that created new and widened existing lanes to accommodate larger, so-called “post-Panamax” ships. This project was completed in 2016.

Read more:  10 Things You Must Do in Panama How Does the Panama Canal Work?

Though the purpose of the Panama Canal – connecting the Atlantic and Pacific oceans through the Isthmus of Panama – is simple, the engineering behind the Canal’s construction and administration is anything but!

Ships traversing the Canal need either be “raised” or “lowered” depending on their route. As the ships cross land, they pass through Gatun and Miraflores Lakes, which are at a higher elevation than the ocean.

The solution is a series of 3 “locks” along the 48-mile Canal that hold ships stationary while water levels either rise or fall to ensure flat sea levels throughout passage.

Gatun Lake, situated between the Gatun and Pedro Miguel Locks, serves as the de facto Panama Canal reservoir, funneling water through an underground culvert network to the various locks.

How Much Does it Cost to Go Through the Panama Canal?

One thing we were curious about was how much it costs to go through the Panama Canal. Interestingly, the United States only charged tolls that covered maintenance costs and other expenses during its administration.

Since assuming operation, the Panama Canal Authority has operated the Canal as a for-profit enterprise, charging ships an average toll of $150,000.

But, since the new Panama Canal expansion has allowed larger and heavier ships to traverse, tolls can be as high as $800,000!

Read more:  Why You Should Stay in Panama’s Most Charming Neighborhood: Casco Viejo

The adjoining visitor center contains a gift shop, multi-floor museum – including some of the most incredible model ships you will ever see in your life – and a theater that screens a lovely short film detailing the Canal’s past, present, and future.

Make sure you catch the museum’s best exhibit on the 4th floor – an observatory deck where you can actually see ships pass through the Panama Canal!

Perhaps more fun than watching the locks in action is being on a cruise that traverses the Panama Canal! There are a couple companies offering cruises to the Panama Canal, like Princess Cruises, Norwegian Cruise Line and Holland America.

You can learn more about cruises to Panama here or book a short day trip to cruise through the Panama Canal here.

Would you want to cruise through the Panama Canal?

Accommodation | After arriving in Panama City's Tocumen International Airport, you can opt to stay in Panama City or head to the Old Town of Casco Viejo. Check here for last minute hotel deals.

We found Panama City to be quite safe and would highly recommend staying in Casco Viejo for its charm and history. It's approximately a 20-30 min taxi ride from Panama City Airport. Be prepared for a slower exit out of Tocumen International, as they scan all bags with your person (like in Mexico).

Currency | Panama's currency is pegged to the U.S. dollar and therefore all prices are 1:1. There's no need to change money and in fact, little need to carry large sums of cash. We were happily surprised to discover that credit cards are widely accepted at restaurants, museums, etc and all our bills were charged directly in USD.

Insurance | Be sure not to visit Panama without travel insurance. Whether you get injured and need to be hospitalized, or your phone gets stolen (C managed to lose his for the second time in 2 weeks), travel insurance will help when you need it most. Get a quote for your trip here.

Itinerary: How to Spend 3 Perfect Days in Panama

10 Fun Things to do in Panama

Activities & Where to Stay

20 Interesting Facts About Panama I Bet You Never Knew These!

Seeing the Panama Canal & Why It's Worth Visiting!

The American Trade Hotel: One of Our Favorite Boutique Hotels