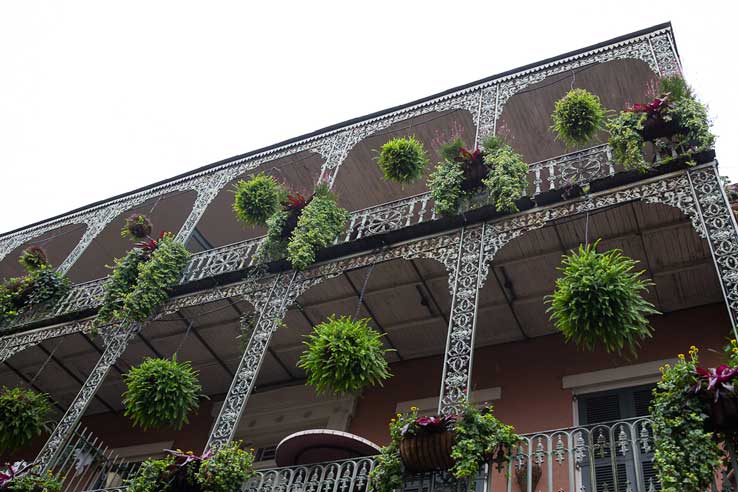 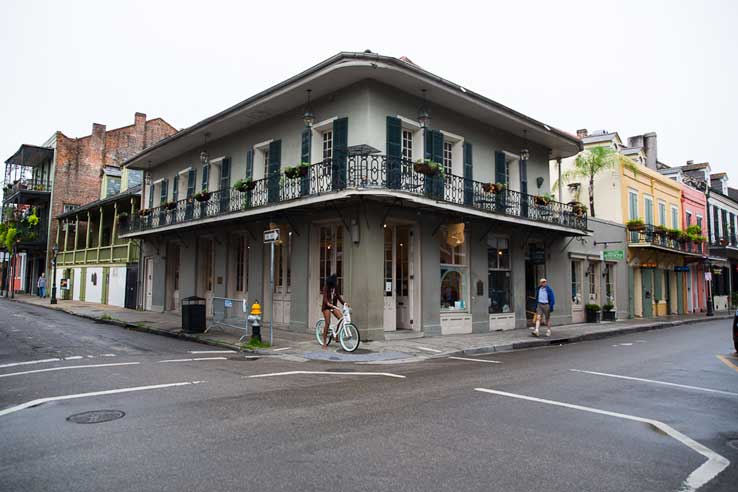 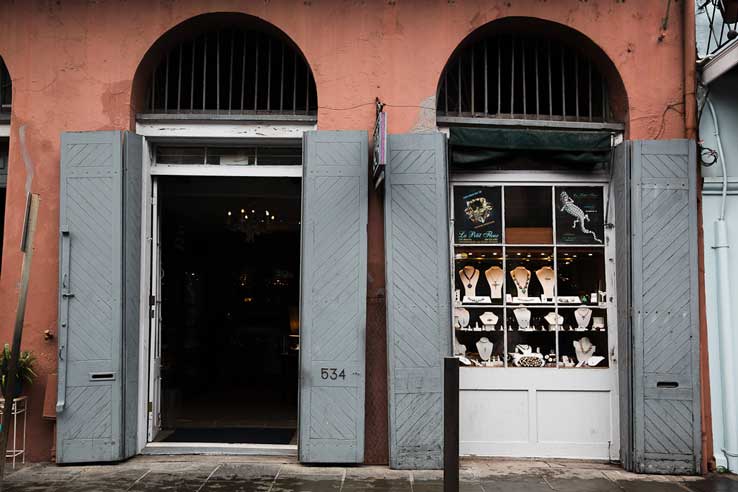 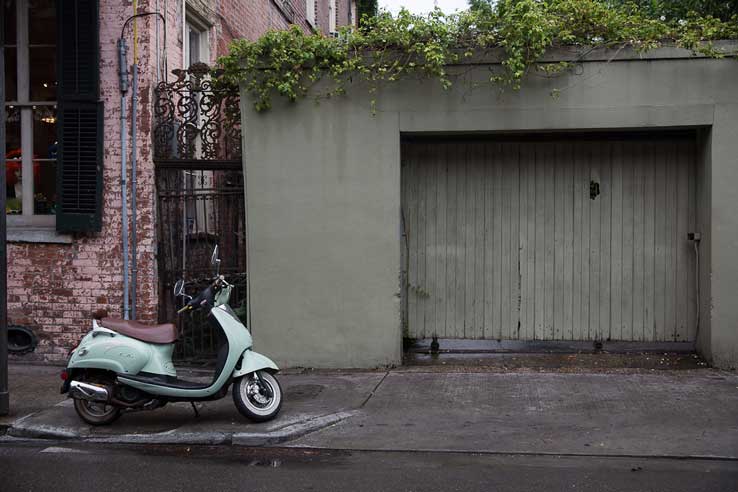 New Orleans was founded in 1718 by Jean-Baptiste Le Moyne de Bienville and the city first developed around the French Quarter (also known as the Vieux Carré, as it is the oldest neighborhood in the city). While the city was obviously settled by French immigrants, after the Louisiana purchase Americans immigrated to the Quarter as well. And as melting pots go, New Orleans was also ruled by the Spanish for a time and several buildings in the area reflect Spanish colonial architecture. In fact, because the Great New Orleans Fire in 1788 destroyed much of the old French colonial architecture, the Spanish had free reign to rebuild much of the city in their taste.

As a first time visitor to New Orleans, I stayed in the French Quarter at the Hyatt hotel, situated right on Iberville street and in close walking proximity to everything in the Quarter. Much of the city feels touristy; antique shops and art galleries are nestled on every quarter, behind beautiful old double doors. One thing I thought was strange were the building numbers. Many of them skipped numerical order or had two or three numbers per building – a remnant of store expansion perhaps?

It was nice to spend a day browsing the French Quarter and I snapped way too many photos trying to capture all the colorful shutter doors. Compared to the Garden District, the houses are definitely older and have a slight air of neglect, but I don’t mean this in a negative way. The French Quarter has charm in abundance and having everything more concentrate and in walking distance certainly makes it more lively! Not too many photos to share today; most came out a little distorted. Someday I’d like to rent out a tilt shift lens to try.