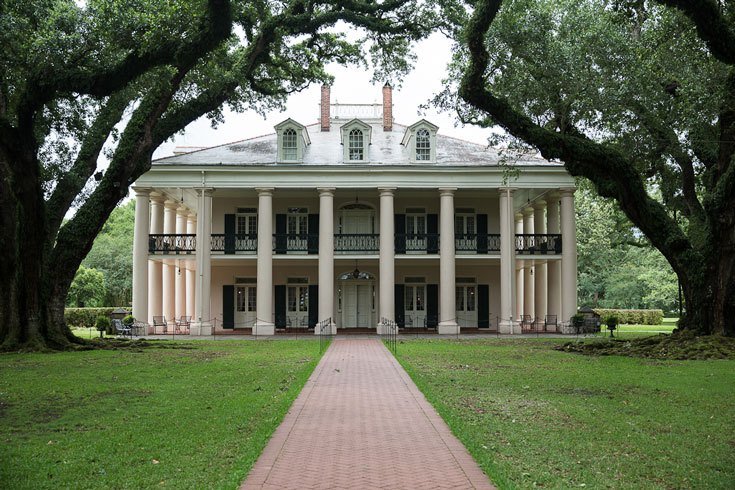 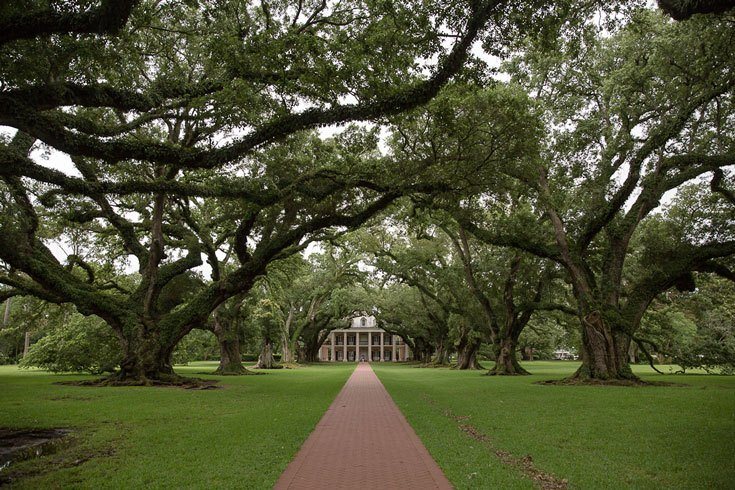 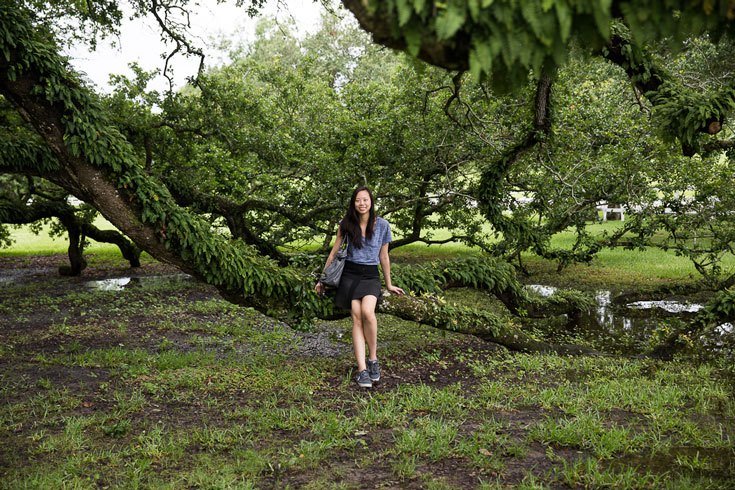 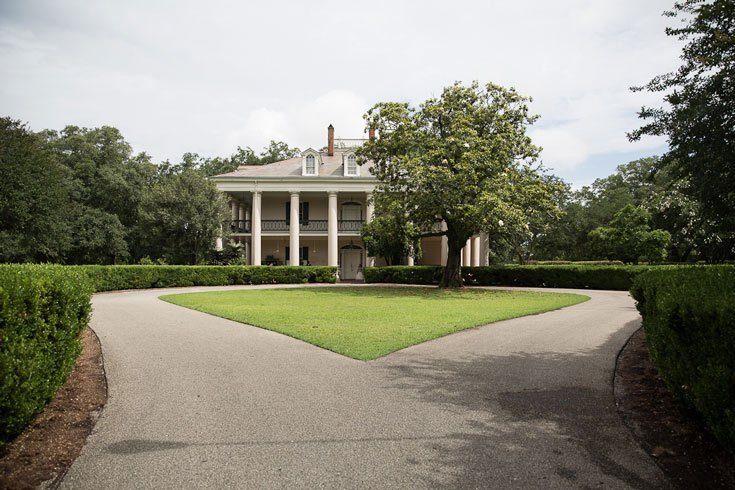 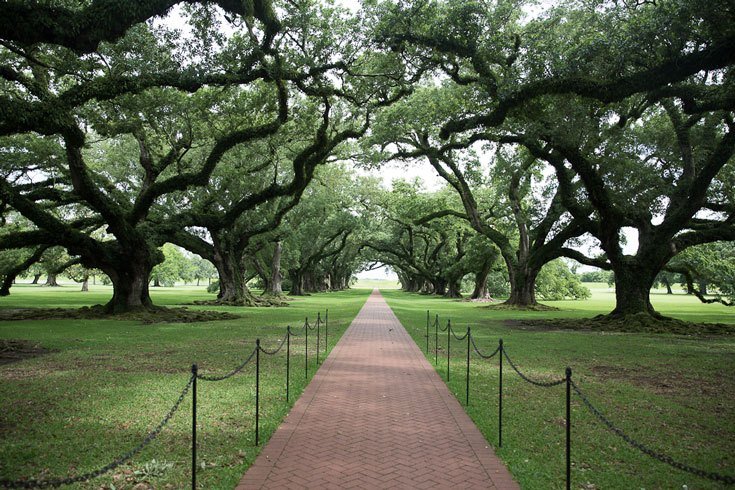 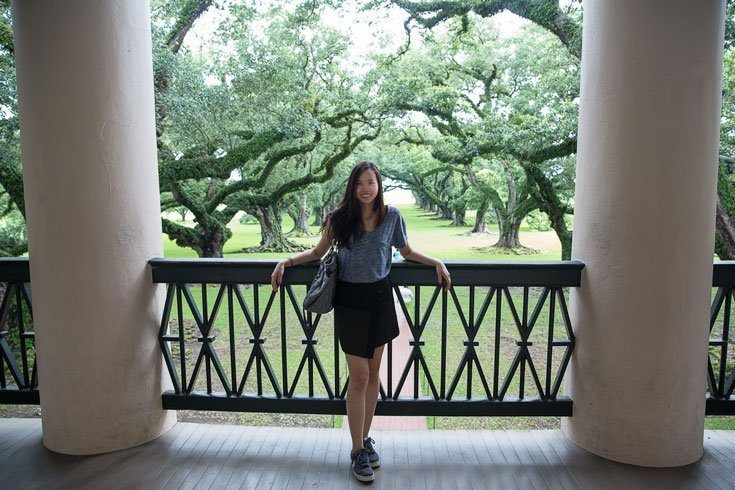 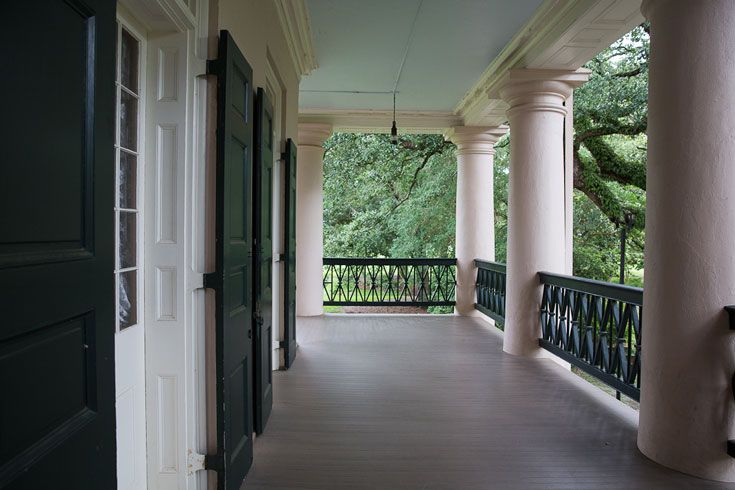 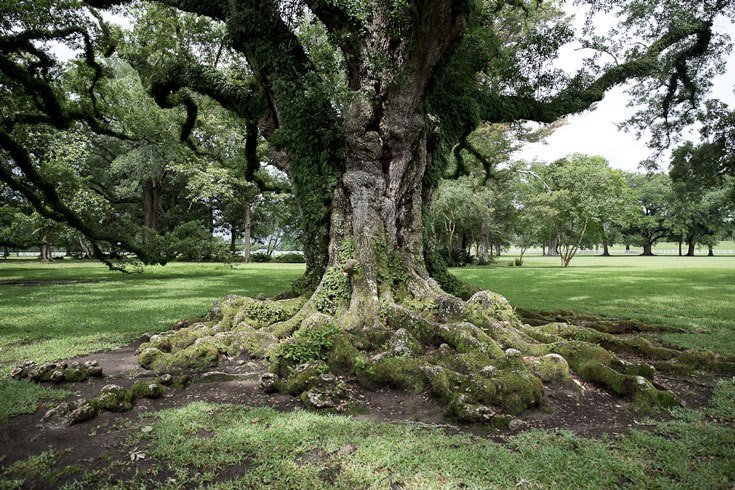 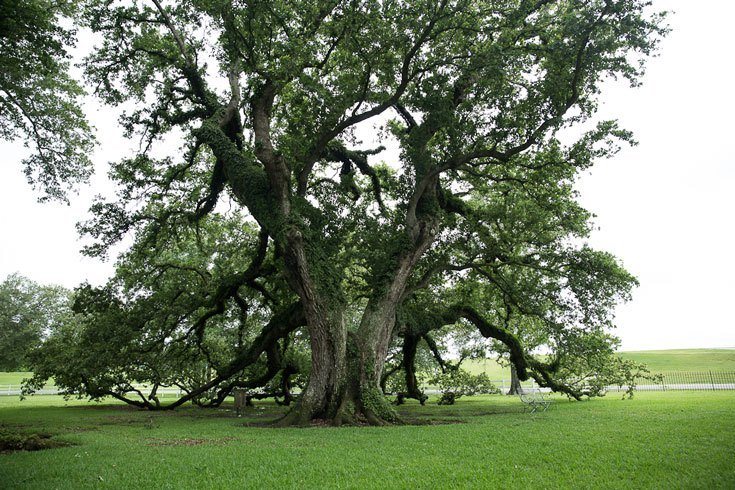 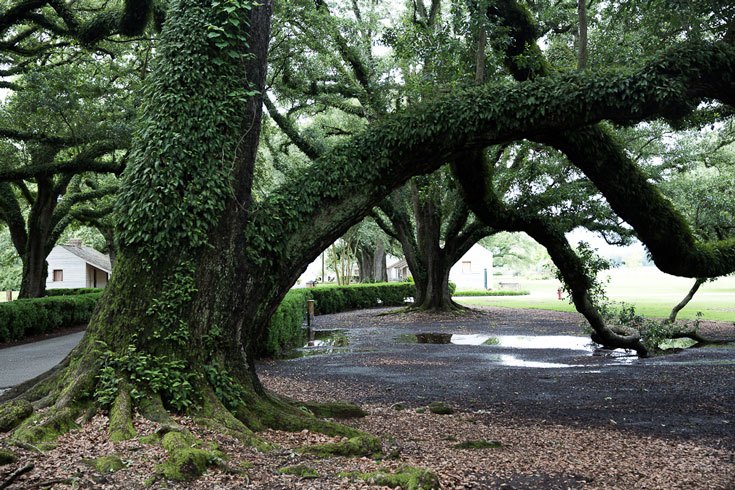 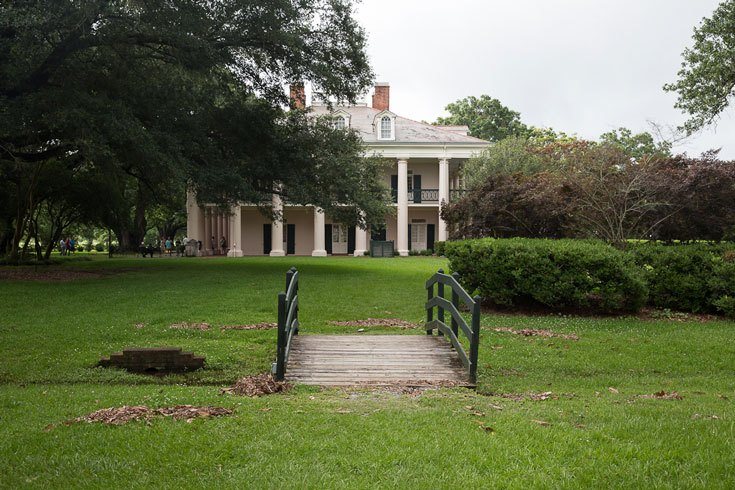 Out of my entire trip to New Orleans, I enjoyed visiting Oak Alley plantation the best. I mean, have you seen these photos of that plantation? It was a dream wandering the extensive grounds and seeing the long driveway lined with oaks.

The historic plantation is located on the Mississippi River in Vacherie, Louisiana, about an hour’s drive from New Orleans. The easiest way to visit all the historic Louisiana plantations is to rent a car – you can check the latest Hertz rental prices here. Since we didn’t have one, we took a tour via Louisiana Swamp tours and it was a pleasant half day trip. The tour does a hotel pick up and drop off and the driver entertained us with some local history about the area and talked about her personal experience going through Hurricane Katrina.

The plantation itself is beautiful. On the drive by, you’ll notice it’s distinguishing feature: a canopied path of double row live oaks leading up to the mansion. The oak trees are 150 years old and were planted in the early 18th century, before the house was built, creating a path to the Mississippi River. As we drove by, my fingers were itching to get a snapshot and we had some free time before the inner mansion tour started (conducted by the Oak Alley staff) so I raced to the front of the house to get some shots before others in the group came. Hooray for shots with no people!

The oak trees are enormous and have great gnarly roots peeking out of the ground. Since the trees are so large and heavy, they actually tilt to one side and touch the ground for balance, giving rise to some very photogenic, swooping branches. The house itself is beautiful and built in the Greek Revival style with 28 Doriac columns on all four sides of the house (corresponding to the 28 oak trees in the alley) as well as an amazing wraparound terrace on the second floor. Living in New York, I’ve always dreamed of an apartment with some outdoor space and the Oak Alley mansion deck was huge! Floor to ceiling double doors open from the second floor straight out to a wrap around deck here you’ll get a great lookout onto the oak trees below.

The 25 acre plantation also has several slave cabin museums to view as well as a blacksmiths shop and restaurant. During your visit, make sure to get a guided tour of the ‘Big House’ – it’s conducted by women in costume and was pretty interesting! They give you an overview of the rooms in the house as well as the initial owners. I’ll give you a quick summary..

I took a tour of the Big House, led by women in costume, which was a great way to learn about the history of Oak Alley plantation. Oak Alley was initially called the Bon Séjour Plantation and established by Valcour Aime to grow sugarcane in 1830. Aime was the ‘King of Sugar’ and one of the wealthiest in the South. Several years later, he exchanged the property with his brother in law Jacques Roman, for Roman’s plantation and Roman began building the current mansion as a home for him and his new wife Celina. Roman’s father in law Joseph Pillé was an architect and likely designed the house.

Celina was a New Orleans belle and did not enjoy living plantation life. She frequently left Jacques to manage the plantation on his own and brought the children to the city. When Jacques Roman died in 1848 of tuberculosis, the estate was left to Celina but he noted in his will that the plantation was to be managed by his more business-savvy brother in law Valcour. Unfortunately, Celina did not often heed her brother’s advice and her heavy spending nearly bankrupted the estate until her son Henri took control and tried to turn things around beginning in 1859. After the Civil War and the end of slavery, the plantation was no longer economically viable to maintain and his mother’s continued overspending led to the estate being put up for sale. It was sold to John Armstrong for $32,800 in 1866 (I can’t recall exactly what the guide mentioned this amounted to in today’s dollars but I believe it was around $400k)

Eventually, the house was acquired by Andrew Stewart as a gift to his wife Josephine and they commissioned architect Richard Koch to extensively restore and modernize the house (there’s no bathroom or kitchen in the mansion). The Stewarts ran Oak Alley as a cattle ranch, having had prior experience and familiarity with ranching. After her husband died, Josephine continued to live in the historic house (she is the longest occupant in the home, having lived there for over 30 years) and upon her death, dedicated to house and grounds to the Oak Alley Foundation in 1972.

Today Oak Alley is open to the public and well worth a visit! The oak trees and the house tour are really fascinating and a great departure from Bourbon Street and the more tourist-ed parts of the French Quarter.

Fun Fact: Oak Alley plantation was has been featured in a number of movies, shows and music videos were filmed at Oak Alley, including Interview with the Vampire, The Young and the Restless, Days of Our Lives and Beyonce’s Deja Vu song. Meanwhile, the next house over is the scene for Brad Pitt’s 12 Years A Slave film.

If you don’t have a car, Louisiana Tours and other tour operators do plantation trips to outer Louisiana, including Oak Alley and the Lara plantations. They also offer city tours and gator swamp visits as well, if you’re interested in seeing alligators devour chickens! Make sure to book online (they charge a higher rate over the phone) and do a quick google search to see if they’re offering any coupon code promotions. I was able to save an additional $30 on the tour that way!