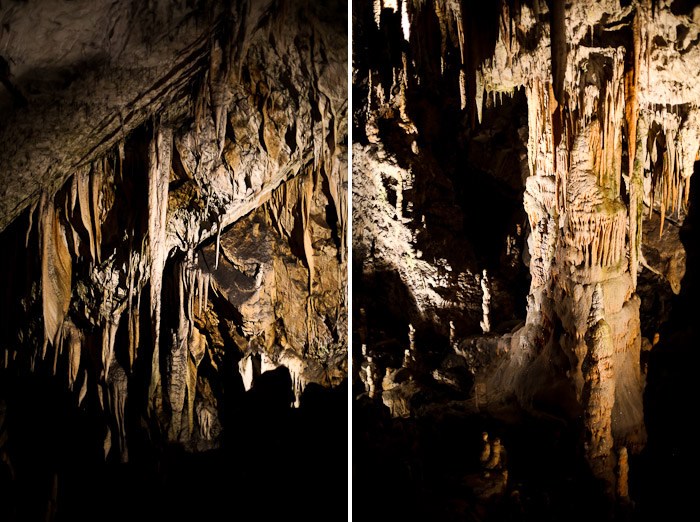 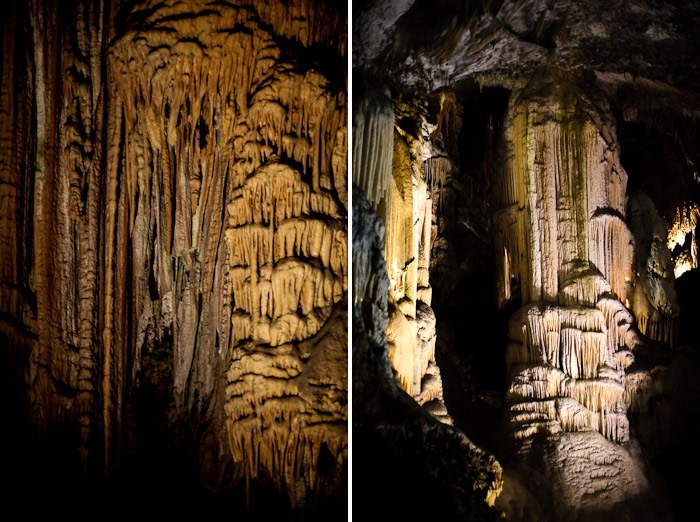 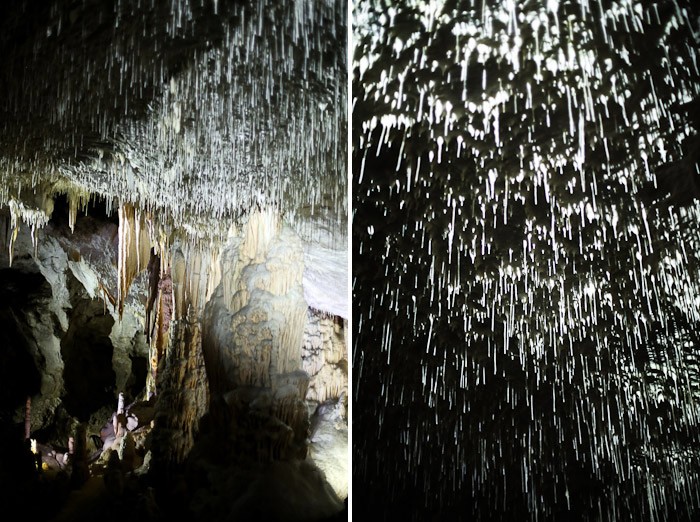 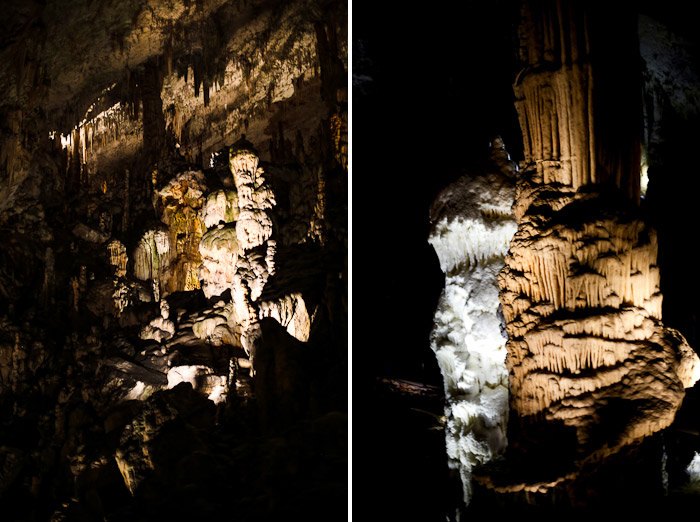 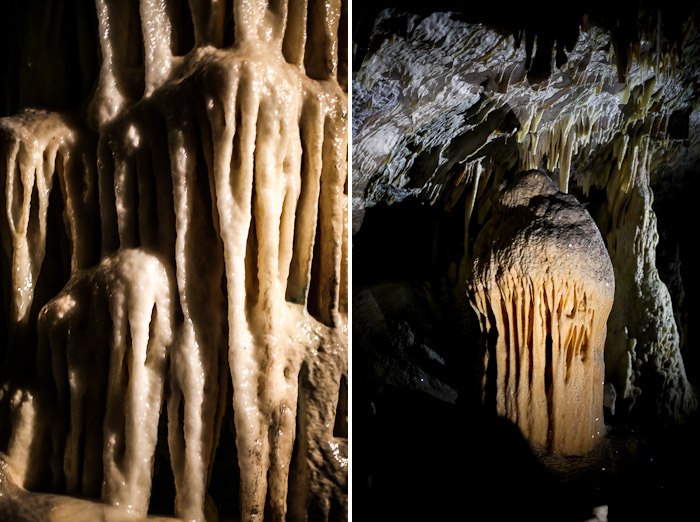 While in Slovenia, I took a detour to visit the Postojna Cave, a long underground karst cave system near the town of Postojna. The caves were formed by the Pivka River and feature different “rooms” of sorts with various rock formations. In one, the room looks like the ceiling has millions of splinters while another is called the spaghetti room for its long pasta like shapes. There’s even one room with a thick solid column that has dripped columns. When you strum them (it hurts), music sounds! The tour guide was able to strum a couple chords.

The entire Postojna Cave system is actually quite extensive and is lined by pathways for merely a section of the entire cave system. In the beginning and end of the tour I took a mini train ride to get to the heart of the caverns. The ride is fast and shrouded in darkness except for brief passes through certain chambers which are lit up by enormous crystal chandeliers. The end of the tour culminates at a giant cavern known for its  excellent acoustics. Every now and then someone would let out a giant yell to hear their voices echo. The tour guide mentioned that orchestras even have concerts there from time to time!

Curiously enough, the caves are also home to various creatures, including the endemic olm, which is a (slimey) looking cave dweller and entirely aquatic. At one point in the tour, there’s an “aquarium” of sorts so you can see them floating around. They also sell stuffed animals of them if you’re so inclined. Unfortunately, due to the various microbiotic creatures, lighting is dim in the caves and flash is banned (they prefer no pictures, but will let you do as you will) so most of mine are a bit dark and not as sharp as I had hoped! Still, the Postojna Caves are definitely a unique spot to hit up in Slovenia.