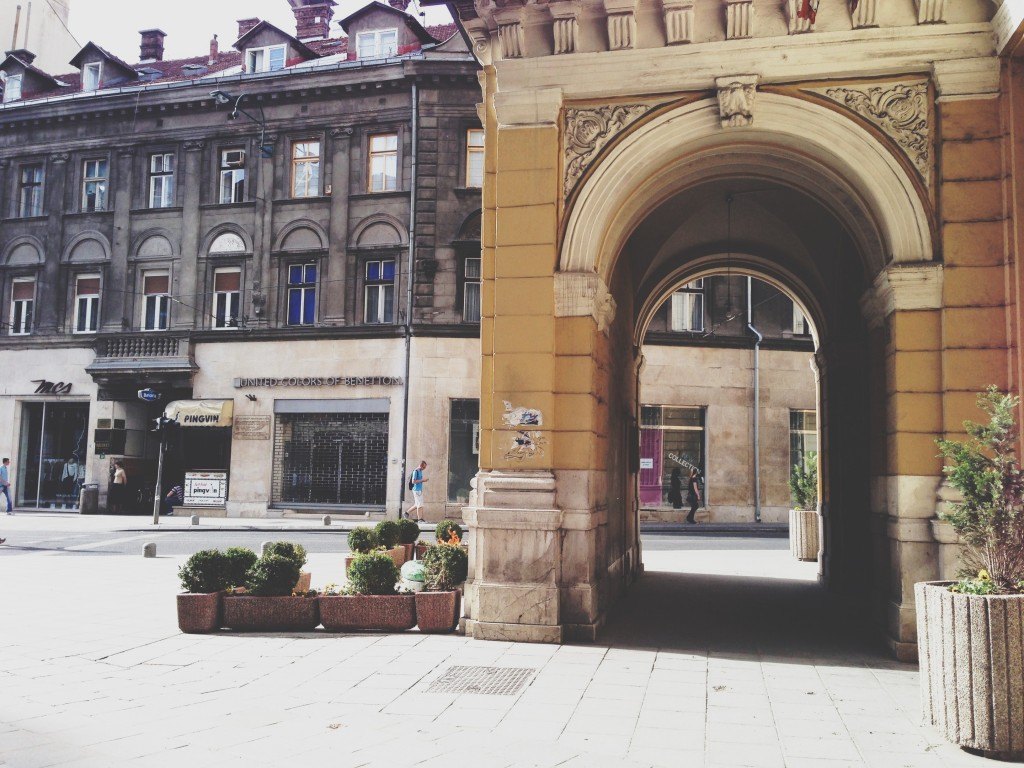 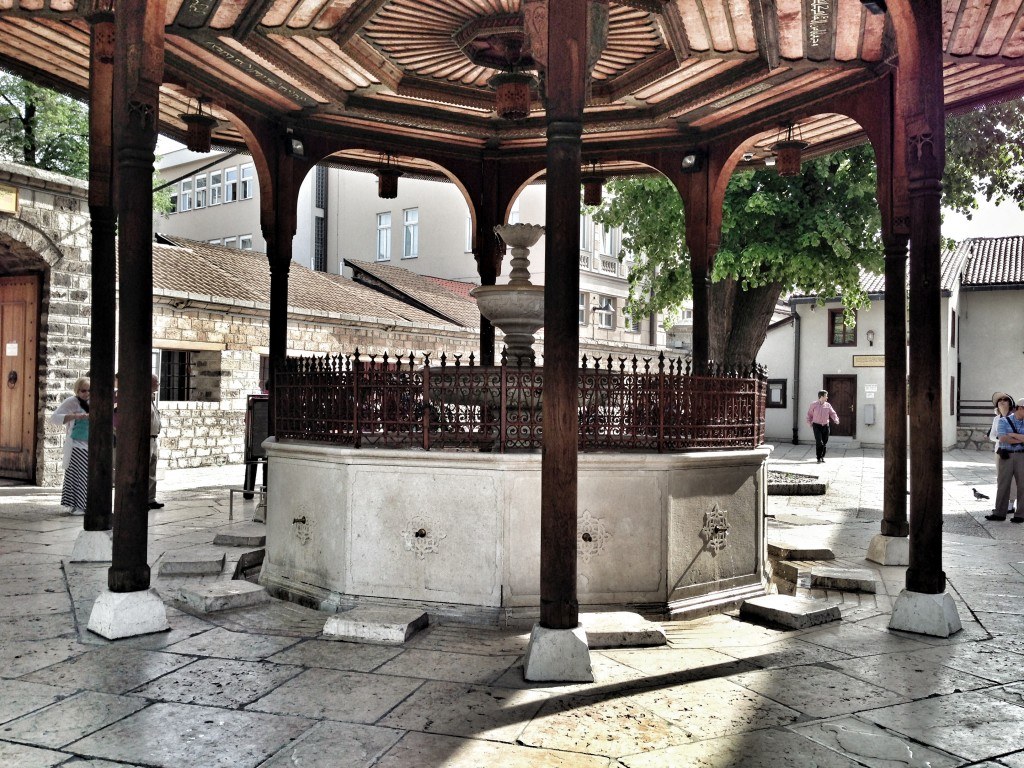 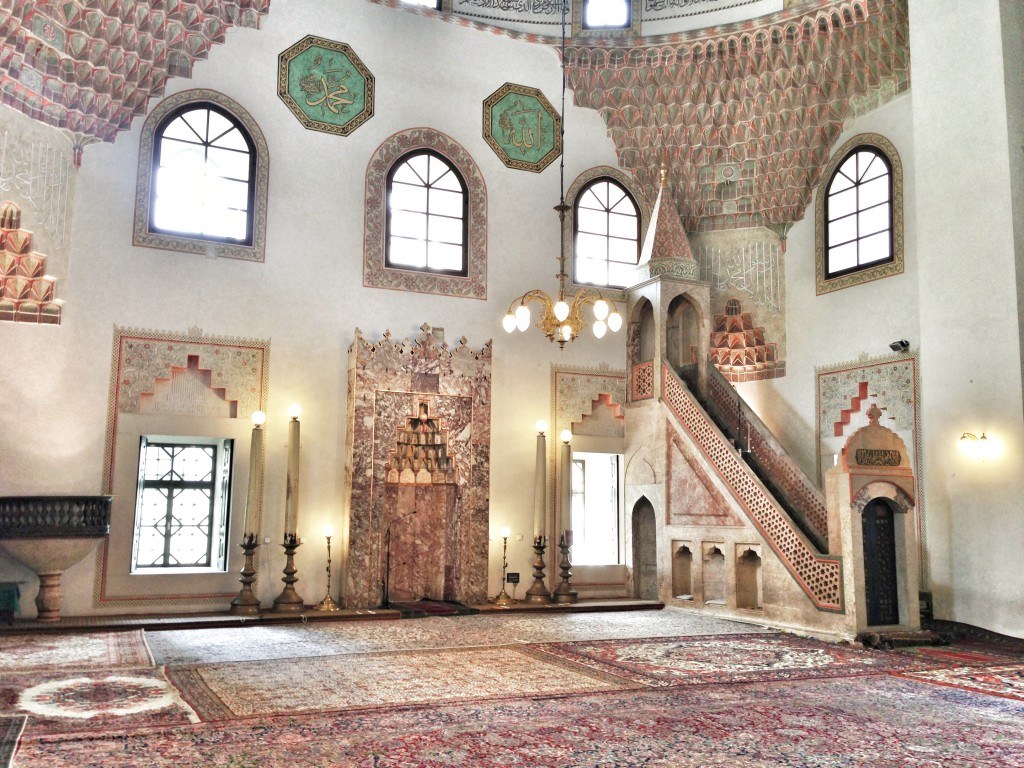 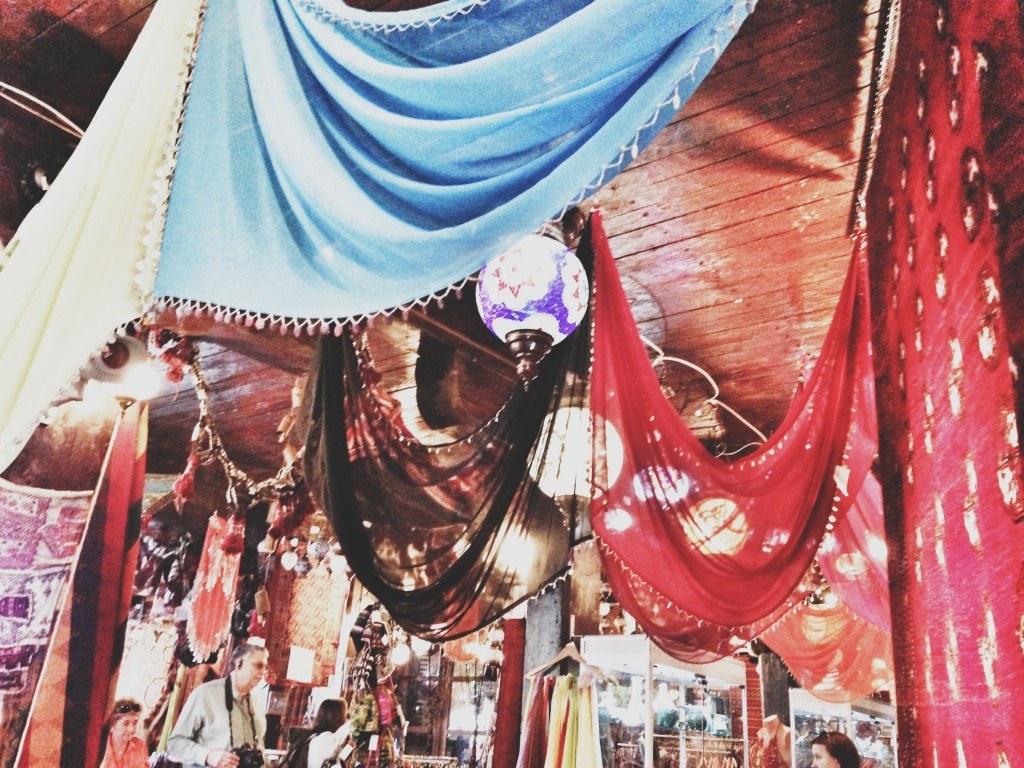 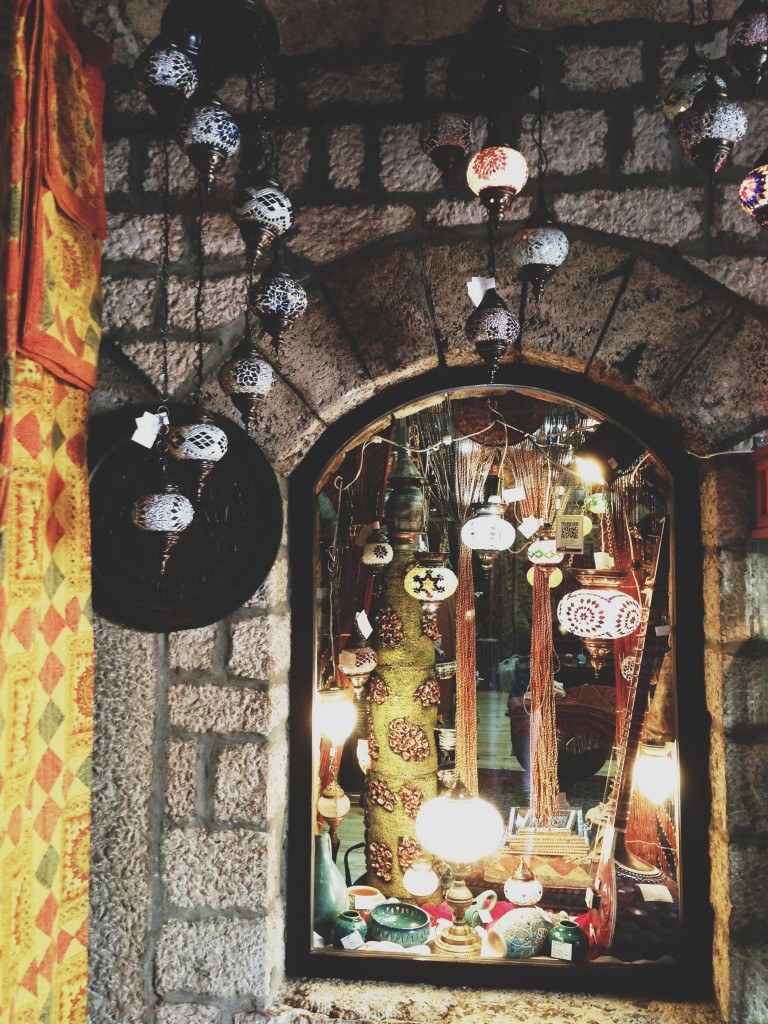 From Zagreb, I took a detour to Bosnia’s capital city of Sarajevo, a city I was only vaguely familiar with from high school history class as the site of the outbreak of WWI.  The city has a checkered past, and was besieged again in the 1990s but today is vibrant and modern, with a bustling Old Town, exotic markets and countless mosques reminiscent of the Ottoman era.

While roaming the city, I accidentally stumbled upon one of the city’s most famous mosques, Gazi Husrev-bey. The mosque is one of the few to allow non-Muslims to enter but you’ll need to dress modestly and cover your hair. The city itself is noisy and bustling with a vibrant marketplace but the mosque itself is set behind thick stone walls and extremely peaceful. Stepping inside, I felt like I had entered a calm oasis and really enjoyed the experience. For more on what to see and do with 24 hours in Sarajevo, read on below!

Looking for more to do in the area? Check out 25 reasons to visit the Balkans, as told by local experts Stephanie & Allison.